Kenya Airways capacity almost unchanged since 2014 as fights for survival 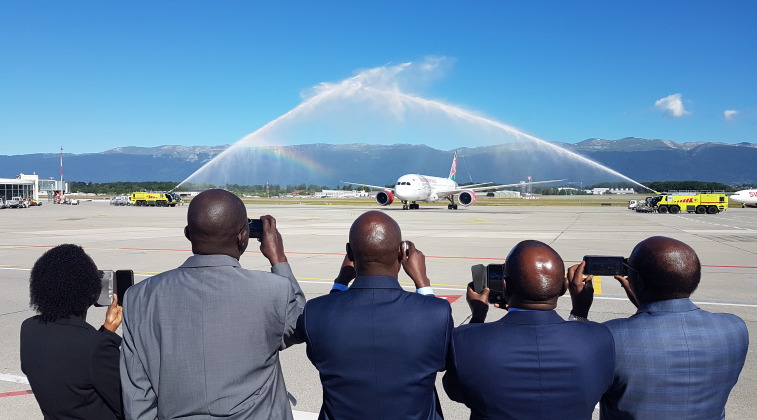 Kenya Airways added Italy and Switzerland to its country list last year, with Rome Fiumicino and Geneva starting in June on a four-weekly basis using the B787-8. 2019 ended with 43 countries and 57 destinations served.

Kenya Airways characterises many state-owned airlines, whether with full or partial ownership.  It is loss-making, heavily debt-ridden, has bloated costs, and political interference.  It doesn’t really know what it wants to be, it has had multiple CEOs in a few years, and, as shown below, it has barely grown.  Against all of this – and more – it is going to be renationalised. 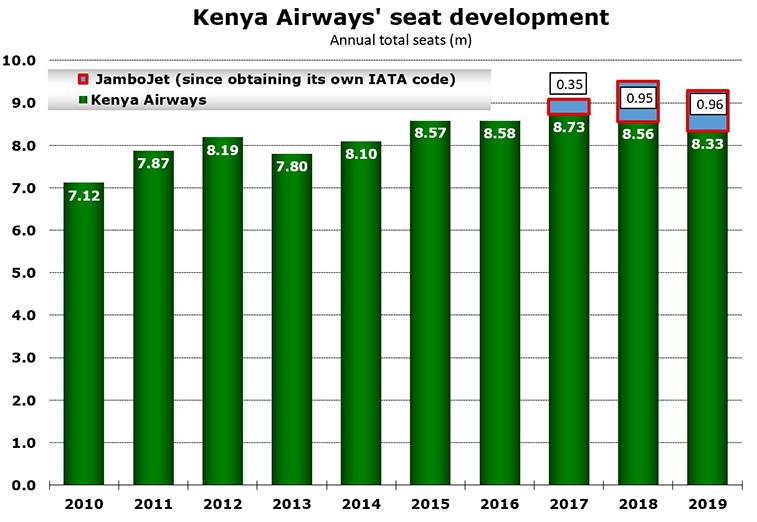 Including JamboJet, Group seats up by 2.1 million since 2010

Kenya Airways’ stagnation is partly the result of JamboJet’s entrance in 2014. JamboJet obtained its own IATA code in 2017 and so its development is easier to examine.  In 2019, it had 965,000 seats in all. Almost all of this was deployed domestically, with the rest to Bujumbura (Burundi), Entebbe (Uganda), Kigali (Rwanda), and Mogadishu (Somalia). However, even including JamboJet, Group seats grew just 711,000 since 2015: a CAGR of 1.6%.

57 destinations itself across 43 countries

In 2019, Kenya Airways itself served 57 destinations – its highest since 2013 – on both a non-stop and one-stop basis, with its top-10 routes/countries highlighted below.  No new routes have so far been announced this year.  However, last year it welcomed Italy and Switzerland, with both Rome Fiumicino and Geneva starting in June on a four-weekly basis using the B787-8.  These 57 destinations were across 44 countries, falling to 43 in October after Cotonou (Benin) was cut.  Cotonou was served via Douala (Cameroon), a distance of 2,447 miles, on a three-weekly basis using the E190.

South Africa, Kenya Airways’ second-largest country market, grew strongly year-on-year.  While Johannesburg was flat, it was the result of its Cape Town service, which saw capacity almost double. Cape Town is now served 12-weekly: five-weekly non-stop by the B737-800 and daily one-stop by the E190.

Nearly half of Kenya Airways’ seats by the E190

Unlike Ethiopian Airlines, which is increasingly focused on wide-bodies, 47% of Kenya Airways’ seats last year were by the E190.  This was down from 54% in 2018, but obviously very high – especially for a (broadly) hub-and-spoke operator.  The cost and revenue implications are perhaps clear. Its emphasis on the regional jet isn’t from its domestic market – they don’t operate domestically – and neither purely from surrounding countries.  They also operate long sectors, including Nairobi – Mauritius non-stop at 1,922 miles.  There are few longer regional jet routes to/from/within North America.  They also Nairobi – Livingstone – Cape Town and Nairobi – Victoria Falls – Cape Town services, both over 2,550 miles. 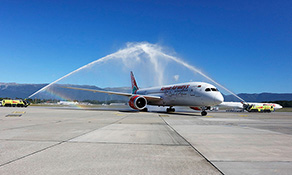 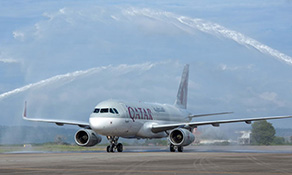