Coronavirus impact as China seats down 162 million in five months 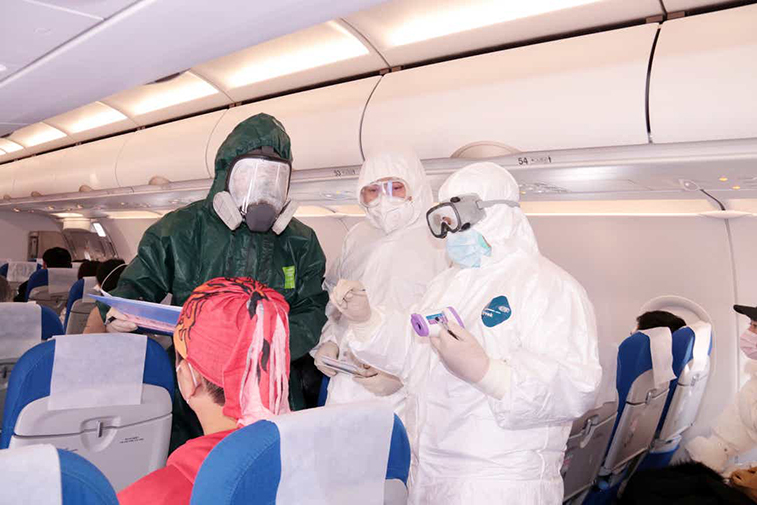 As with any epidemic, coronavirus will, of course, blow over. But the short-term impact on China alone has been significant, with seats down 164 million in five months. No region served from China has been spared from capacity cuts.

The coronavirus impact on China has been stark, with all seats to, from, and within the country down 164 million seats in February to June 2020 versus the year-ago period. And in just one month – February 2020 versus January 2020 – seats were down 55 million, or 57%. 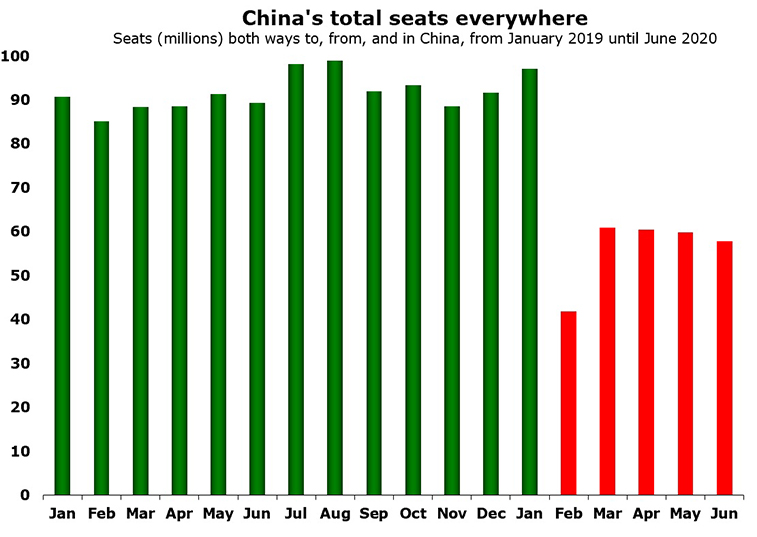 With a decline of 135 million, domestic China is overwhelmingly responsible for this drop.  But no region was spared capacity cuts, albeit not always fully from coronavirus. For example, service to Mexico and Ukraine ended in this period, impacting their regions.

Across 82 countries from China, the seat cull was an average 333,000 per country.  Predictably, most of the hardest-hit are close to China, including tourist- and VFR-focused destinations. After all, tourism and ‘unnecessary’ spending takes a backseat in such circumstances, with the inevitable economic and financial consequences. Thailand saw the greatest decline both from Bangkok (-2.59 million) but also beach resorts.  Phuket, for example, is the sixth hardest-hit airport globally: its seats to/from China declined 843,000 to 1.2 million. While Vietnam is also in the top-10 countries for cuts, leisure destination Nha Trang was responsible for over half of this.  It is the seventh-worst globally, down 753,000 to just 178,000.  For such places, China is an important source of visitors. On a volume and percentage basis, Australia (-56%), Vietnam (-48%), Taiwan (-45%), and USA (-42%) are notable. 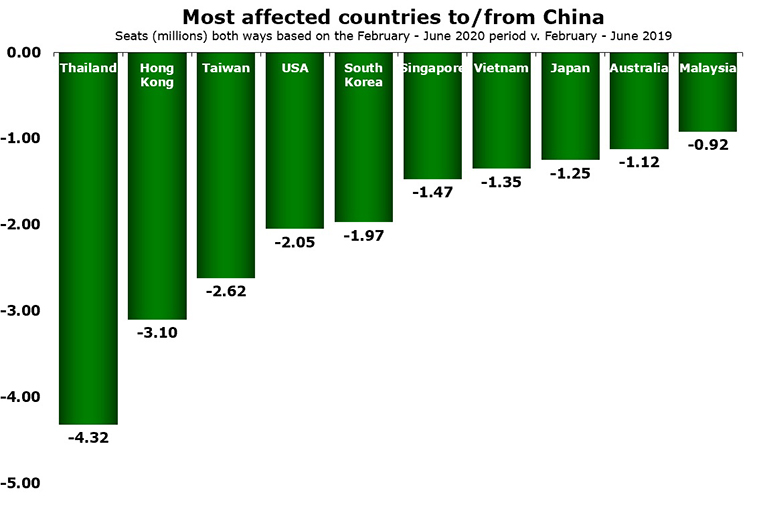 The impact of the coronavirus on China alone is significant.  And as the virus spreads away from China, other countries and regions are bracing themselves. This week, the potential full economic implications on the world economy began to scare global businesses and financial communities.