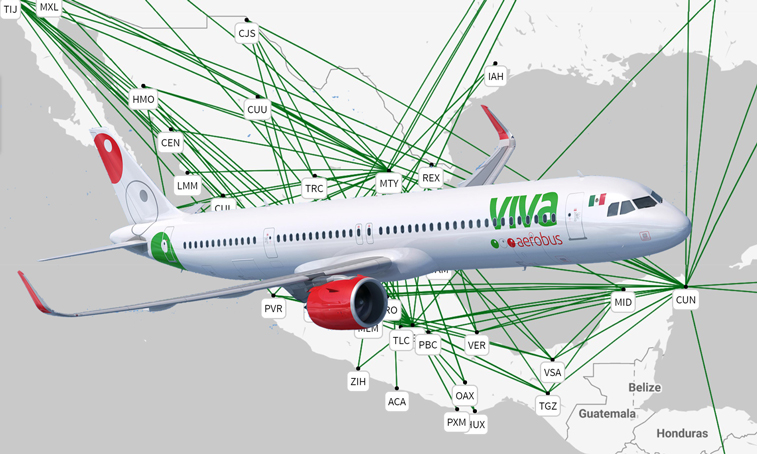 VivaAerobus boasts a strong domestic Mexican network – with selected destinations across North America and the Caribbean. We interview Fernando Estrada, VP Strategy and Network Planning at VivaAerobus to learn more.

VivaAerobus has seen a radical transformation since being founded in 2006. Initially created by a joint venture between Irelandia and Iamsa (a leading Mexican bus company), the carrier initially struggled with an ageing fleet and poor Net Promoter Score (NPS).

However, in 2014 the airline saw a significant change in strategy, explains Fernando Estrada, the carrier’s VP of Strategy and Network Planning. “Under new ownership, we set about building up our reputation; placing a large order for new A320neo family aircraft, which has helped boost our NPS and increase efficiency on our core point-to-point markets compared with our previous older-generation aircraft.” 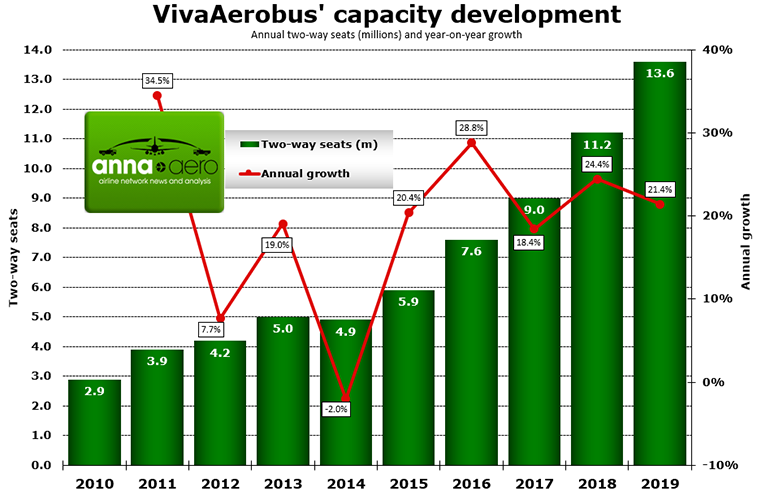 Such a shift in strategy has paid dividends. Seat capacity has surged, increasing almost three-fold over the five year period since 2014, with a CAGR of 18%. The ULCC has now almost matched Interjet in annual traffic. 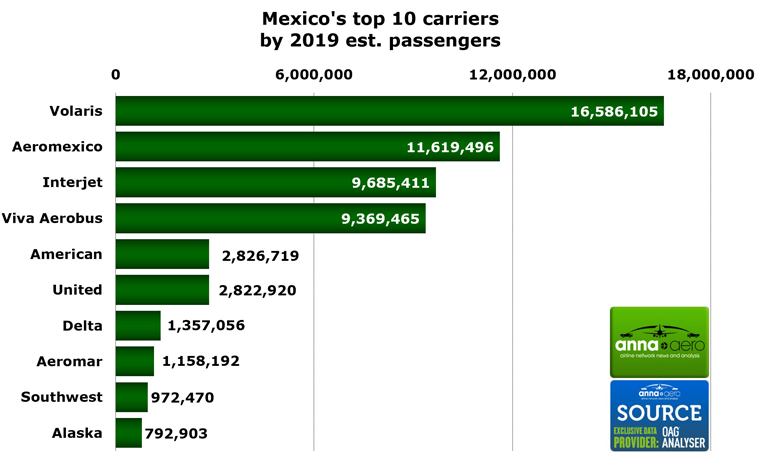 A huge key to success in the domestic market is offering a viable alternative to buses, explains Estrada. This is a primary form of transport between major cities in Mexico, with 78% of the population living in urban areas. As such, airfares must compete with this to grow market share.

This has come in parallel with ensuring a strong focus on cost. VivaAerobus has a single-type fleet of modern A320/A320neos, with an average age of just 3.8 years, and is set to become the first 240-seat A321neo operator in the Americas this year. 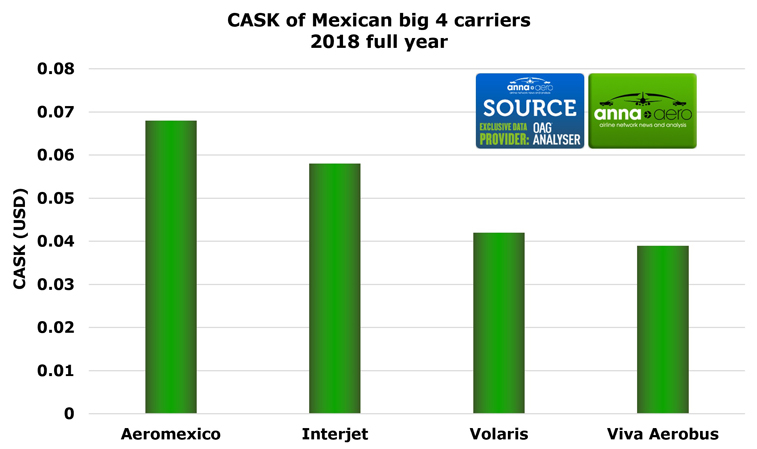 “We have the lowest cost base in Mexico”, explains Estrada, although figures haven’t been stage-length-adjusted. “Going forward, our key strategic aims are to deploy our new A321neos on thick domestic markets to boost capacity and revenue, so making the most of the remarkably low cost-per-seat of the type to also preserve yields whilst doing so.”

Eventually, the carrier hopes to follow the up-gauging trend of carriers, including Europe’s Wizz Air, with A321neos accounting for over 50% of total capacity long-term. Ultimately, continuing to be a point-to-point modal alternative to ground transportation will remain the ULCC’s primary focus, with the exception of a limited connecting facility in Monterrey having launched in 2018. 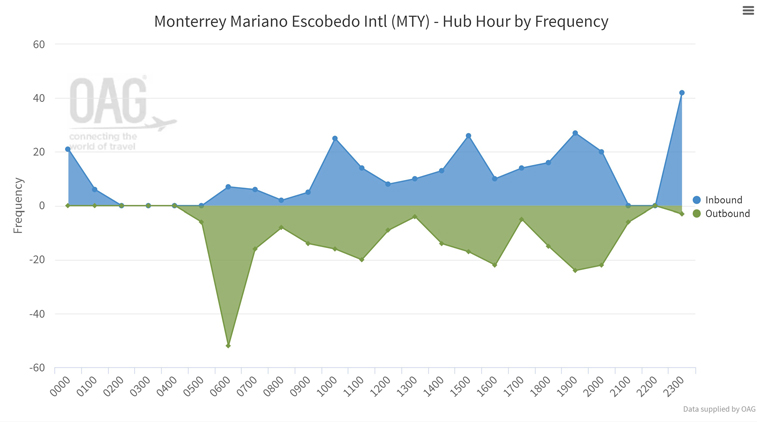 The distinct departure/arrival waves allows the carrier to join airport-pairs where a non-stop routing would not be viable.  This move to the middle is seen across the industry with carriers including easyJet adding such facilities that traditionally would be the preserve of FSCs.