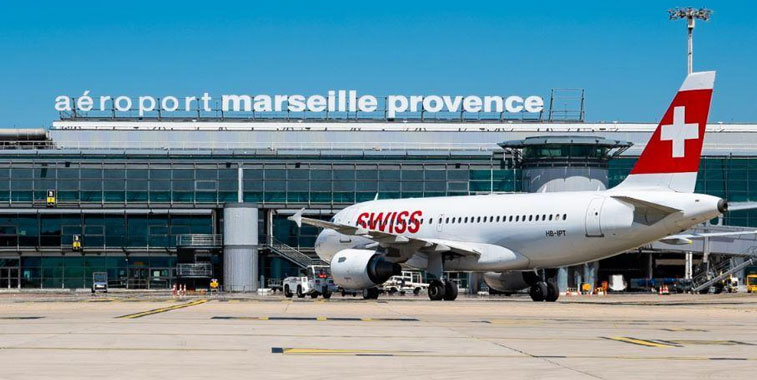 SWISS began Marseille – Zurich in 2018 on a three-weekly basis. This summer, it’ll be served four-weekly by Helvetic, for SWISS, using the Embraer E190-E2.

Marseille Provence Airport ended 2019 with just under 13 million seats, its highest figure ever.  This comes as the airport recorded its lowest percentage of domestic capacity – 39% of the airport’s total seats – in the past decade.  This is mainly from flat capacity in the few years, offset by quick international growth following five years of stagnation. 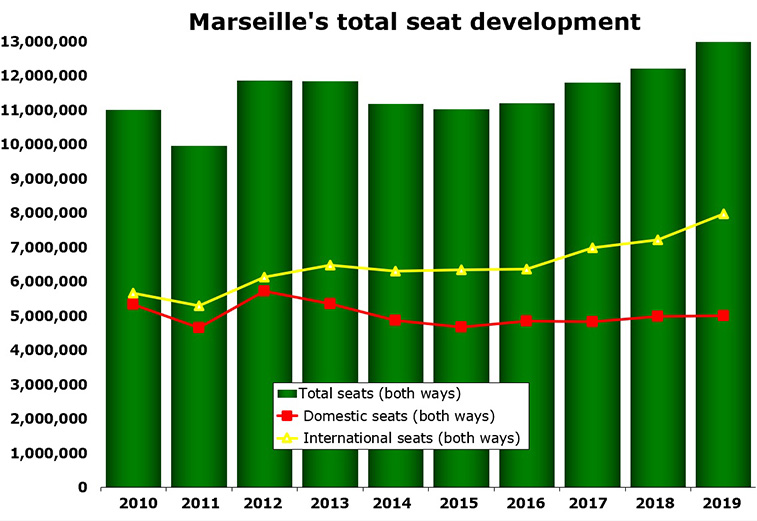 Ryanair and Volotea grow as Air France and Hop! reduce 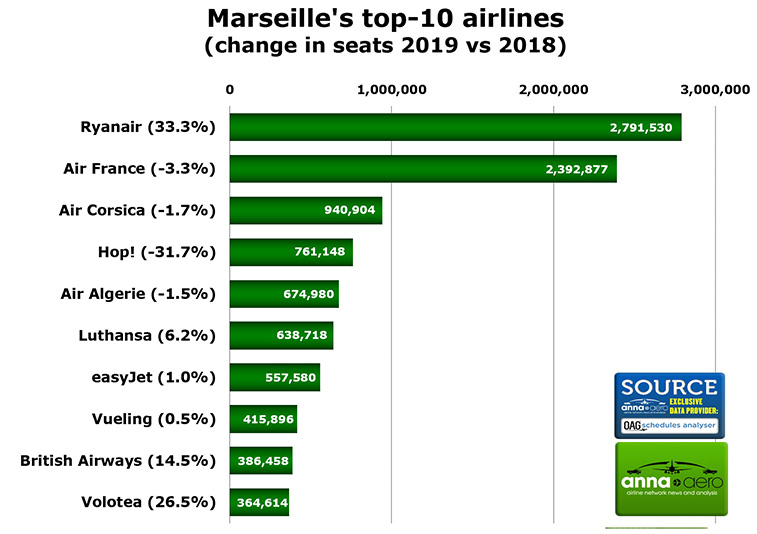 Hop!, Air France’s regional operator, is interesting. In the past few years, its growth at Marseille at been significant: from 407,000 seats in 2015 to 1.1 million in 2018.  This was from introducing four new routes (Brest, Biarritz, Caen, and Metz-Nancy) while enormously increasing capacity to Bordeaux and Nantes and, to a lesser extent, Lille and Rennes. The carrier’s almost 32% drop YOY was the result of right-sizing Bordeaux, Lille, and Nantes, each with a 30%+ fall in capacity versus 2018.

2019 was almost all about international growth

SAS began both Copenhagen and Stockholm Arlanda as part of its big summer 2019 expansion.  Both capitals were served during the peak summer season.  Ryanair also began Copenhagen on thrice-weekly basis.  Meanwhile, Oslo remains unserved. Moscow stands out.  It was last served in 2014 by Air France, but last year two operators began it: Aeroflot to Moscow Sheremetyevo and Aigle Azur to Domodedovo.  Aeroflot now operates a year-round, five-weekly service by the A320, but Domodedovo was, of course, cut following Aigle Azur ceasing to operate.

The current year will see 124 individual destinations and 158 routes across all operators, although more may of course materialise.  New destinations this year include Alghero, Castellon, Chania, London Southend, and Olbia.  Air France itself, rather than Hop!, will itself begin Marseille – Biarritz on a once-weekly basis using the A319. Ryanair’s twice-weekly London Southend service, from 1 April, will mean Marseille will be connected to five of the six London airports in 2020: Gatwick, Heathrow, Luton, Southend, and Stansted – only missing a London City connection. Marseille will then see over seven daily flights to London, with British Airways the market leader. 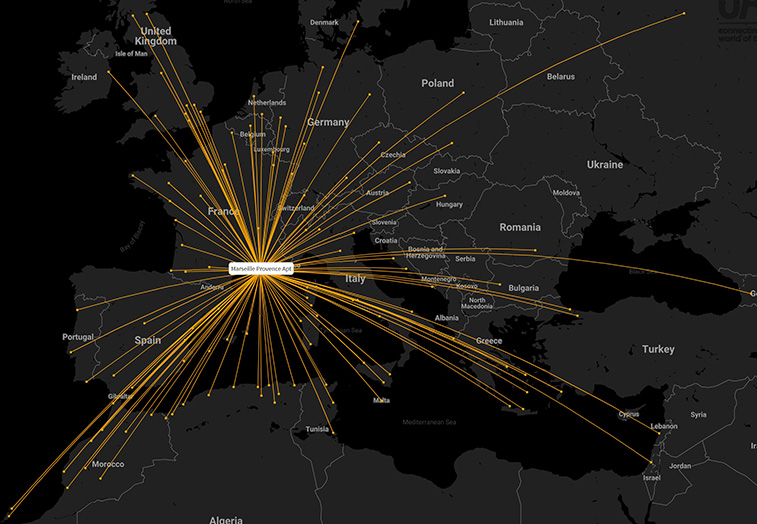 Marseille’s destinations in Europe, North Africa, and the Middle East so far in 2020. Source: OAG Mapper.