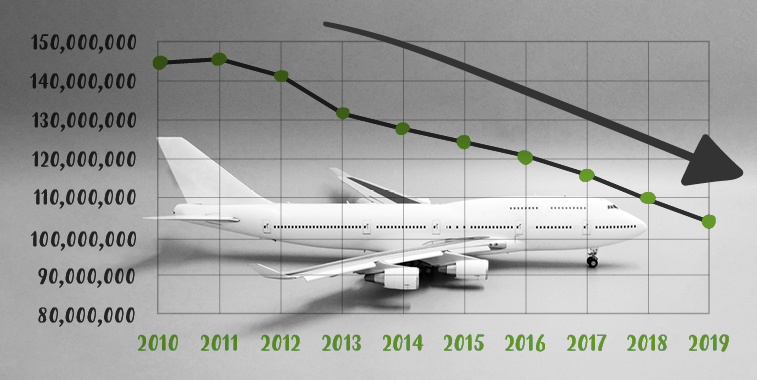 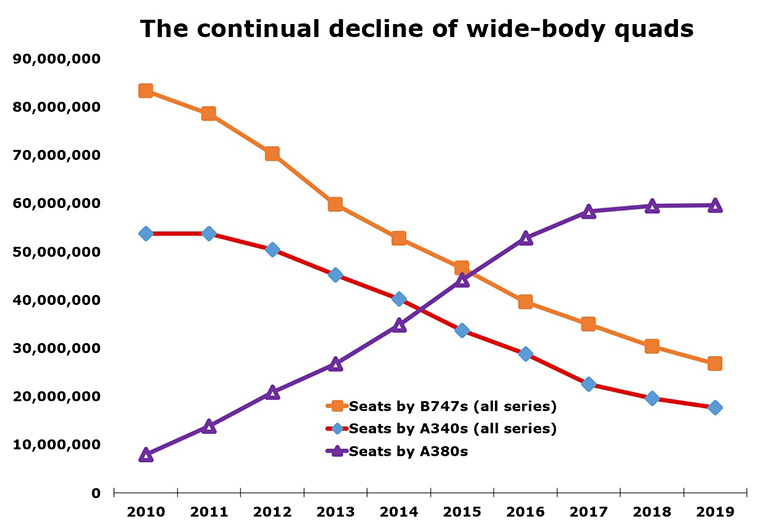 As quads decline, new(er) twins obviously rise, both for replacement reasons and normal growth.  In 2019, such twins produced 716 million seats, up from 112 million in 2010. 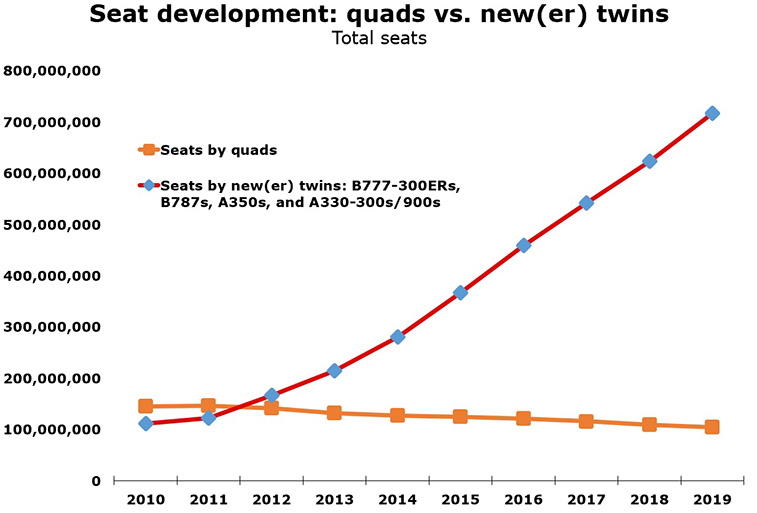 With 324 million seats in 2019, it was mainly B777-300ERs that were mainly responsible for this growth. Emirates is by far the number-one operator of the B777-300ER, with 45 million seats by it, over three times as great as number-two, Qatar Airways.  With 167 million seats, B787s now have more seats than all quads combined; All Nippon leads in its use.  Despite their entry into service in 2015, A350s are fast catching up with quads.  Meanwhile, A330-300s are not new, but they have come into their own in the past few years from the increase in their payload and range – with seats by them up almost 100 million since 2010.  The -300 has become a more efficient and effective aircraft, while the -200 has lost its USP and barely grown for the past five years. The A330-900 entered service in 2018, with TAP Air Portugal by far its number-one operator thus far. 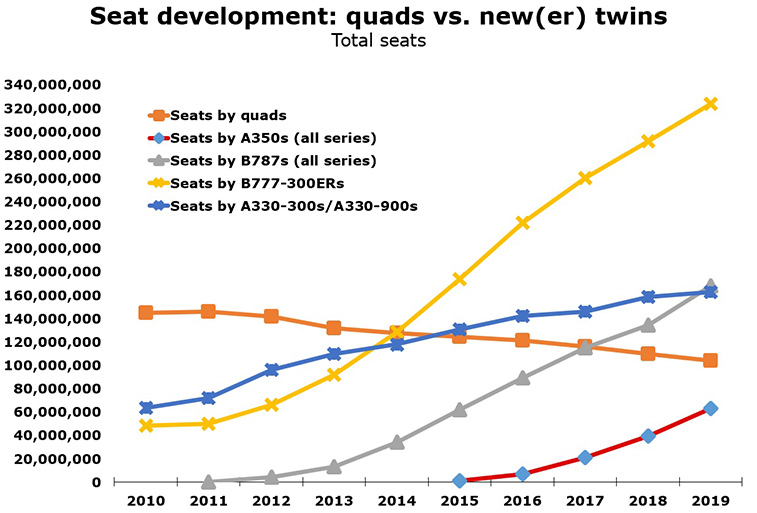 Twins bring many benefits, but ownership costs important too

Twins are normally lighter than quads for roughly the same payload, with their lower weight meaning lower navigation charges, landing charges, fuel burn, and carbon charges. As a good amount of the overall acquisition cost is in engines, there’s probably a lower cost there too.  At the same time, quads have become more problematic to finance as a result of their falling residual value, while twins normally have performance advantages too.  In all of this, it’s important to consider an aircraft’s ownership costs, with such costs potentially overriding benefits, hence Allegiant’s approach with narrow-bodies and also the popularity among airlines, such as Delta and British Airways, in reconditioning older aircraft.

Next time, we’ll look at the top-10 airlines and routes by quad operators as their decline continues.

With thanks to Captain Mark Atherley, Managing Director of Atherley Associates, for the discussion on quads and twins.