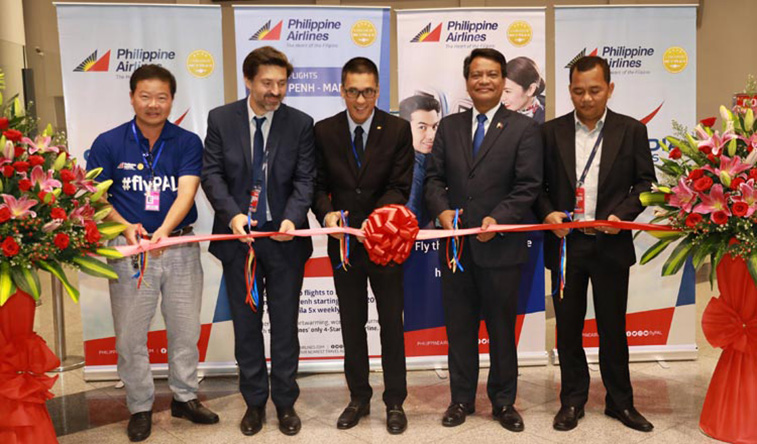 Manila’s urban area exceeds 25 million, according to Demographia’s 2019 study, making it one of the world’s largest.  And it will only continue.  Serving it is Manila’s current airport, Ninoy Aquino International Airport, along with Clark – but the city’s new, $14.5-billion airport is coming.

Manila edged towards 60 million seats last year, up almost 10 million on 2015 despite the airport’s renowned congestion.  It is bound to pass 60 million this year.  In the 2015-2019 period, Manila’s domestic seats reduced from 52% of the airport’s total to 47%.  This was from 1.7 million additional domestic seats added – mainly from Philippines AirAsia almost doubling seats – against almost 8 million more international seats. Philippine Airlines (+2.8 million), Cebu Pacific (+1.7 million), Philippine AirAsia (+1.1 million) were mainly responsible for international growth. 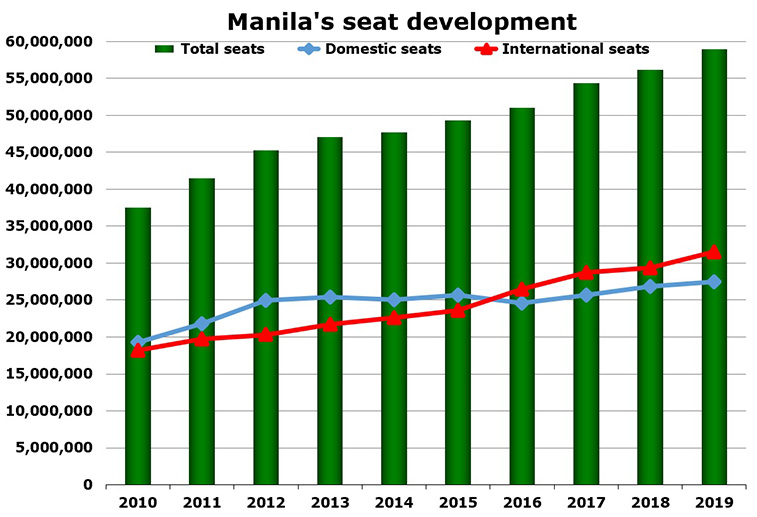 Up-gauging has been a crucial way of airlines responding to Manila’s congestion, enabling more effective use of each valuable slot.  Seats per departure have grown 27% since 2010: from 168 to 213.  It’s now almost identical to London Heathrow by this metric.  Cebu Pacific, for example, currently utilises its 436-seat A330-300s domestically (Cebu but especially Davao) and regionally (Bangkok, Osaka KIX, Tokyo NRT) as well as long-haul (Dubai, Melbourne, Sydney).

Manila had 41 airlines last year. Cebu Pacific and Philippine Airlines combined had 61.8% of the airport’s seats, down from 62.2% in 2018.  Philippine Airlines’ stronger year-on-year growth was from new routes to Hanoi (started March) and Phnom Penh (April), together with widespread capacity international growth.  This includes to New York JFK (+81,715 seats, mainly from starting in October 2018), Vancouver (+58,107), and San Francisco (+43,262). This growth resulted in the seat gap between the Cebu Pacific and Philippine Airlines reducing to just 1.6 million.  The greatest capacity gap, of 5.2 million, was in 2014 following Philippine Airlines’ continual decline: its capacity that year totalled just 9.4 million from the carrier’s change in strategy. 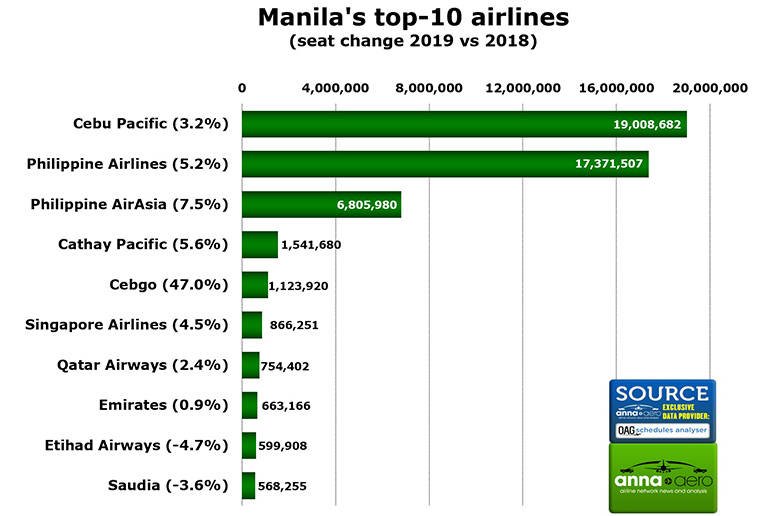 98 destinations were served last year.  Despite service to 36 domestic airports, three-quarters of domestic seats were deployed to the top-10, as below. At the time of writing, Cebu has 37 departures a day from Manila across three operators.  In 2019, Taipei added 181,770 additional seats YOY across its six operators. Internationally, Philippine Airlines itself will this year start Perth (four-weekly; A321neo) and its seventh North American destination, Seattle (three-weekly; A350-900). Meanwhile, Air Busan will begin Pusan, China Southern Shenzhen, and Delta Air Lines Seoul ICN (replacing Tokyo NRT).