As the COVID-19 coronavirus outbreak continues to evolve, here is a regular update of some of the key route suspensions, as filed by the airlines with OAG. Although these are filed schedules, the fluid situation means they are subject to change, and flights ultimately operated may differ.

Delta is the most exposed single carrier by volume, with an average of 44 daily departures between the Schengen Area and US. However, airlines like La Compagnie, where New York is their only route, face the prospect of their entire flying programme being suspended.

Following the Trump administration’s 30-day entry ban of all residents from the 26 Schengen countries within the EU/EEA, the Delta and Air France-KLM joint venture is likely to be most affected, with ~75 daily departures. United’s JV with Lufthansa is similarly affected. For now, the Atlantic joint business between Aer Lingus, American, British Airways, Finnair, and Iberia is less affected, with the UK and Ireland excluded from the ban.

Norwegian, which is continually troubled and which is temporarily laying off half of its workforce, serves the US from seven mainland European airports in April: Amsterdam, Athens, Barcelona, Madrid, Oslo, Paris, Rome FCO.  It has 25 routes in this period, led by Los Angeles – Paris CDG. 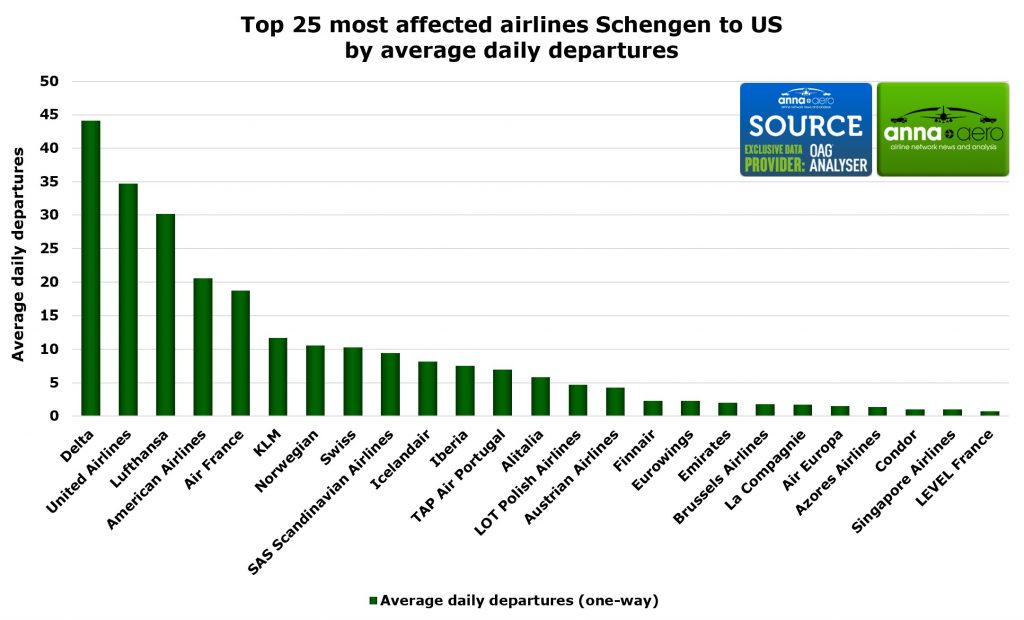 The significance of New York JFK is clear to see, with it by far the most exposed airport, even without the all-important UK and Ireland markets. Note: daily departures are averaged across the ban period. 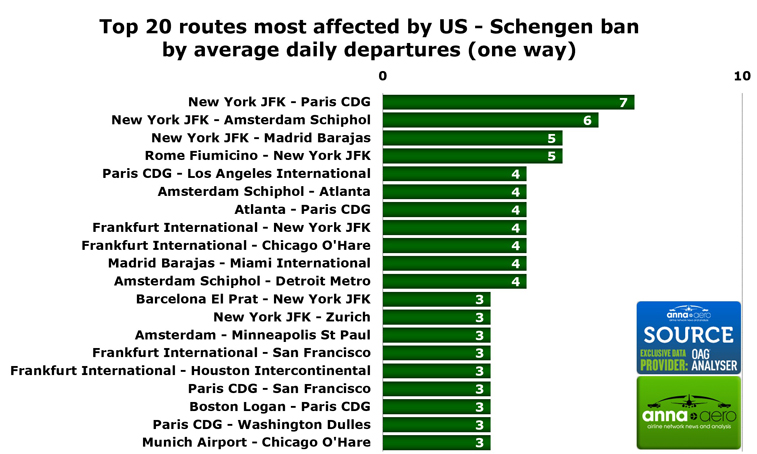 British Airways has suspended its flagship BA1/2 service between London City and New York JFK via Shannon (westbound). The route had been reduced from twice-daily to daily in summer 2018. According to our analysis, high seasonality and a poor average load factor of 66%, but offset by higher yields, makes the future of the route questionable. 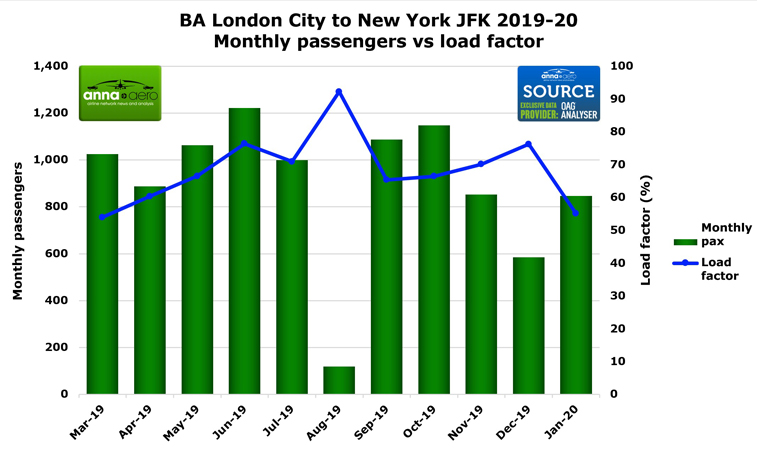 In other news today: