Consultants’ Corner: COVID-19 and the impact on US airlines 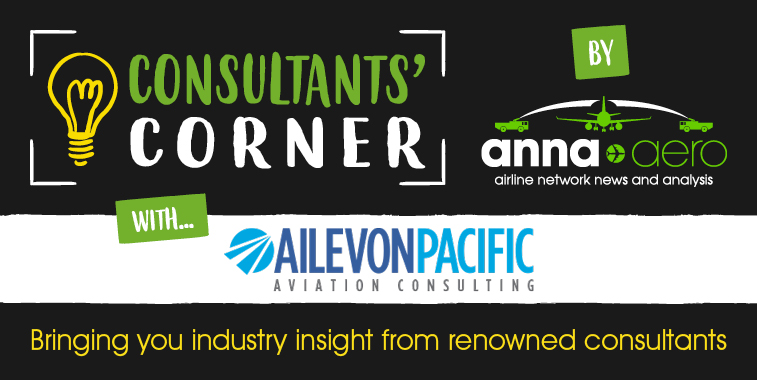 “The speed of the demand fall-off is unlike anything we’ve seen – and we’ve seen a lot in our business.” Delta CEO Ed Bastian summarised the new reality facing the US airline industry as such in an internal memo to staff around the globe. After five years of sustained annual growth at 5.3%, as below, demand for air travel in the US has fallen sharply to a historical low in merely a couple of weeks amid the COVID-19 crisis.  As a result of demand deterioration, March schedules (in the second figure) show the first decline in US air capacity since 2014. 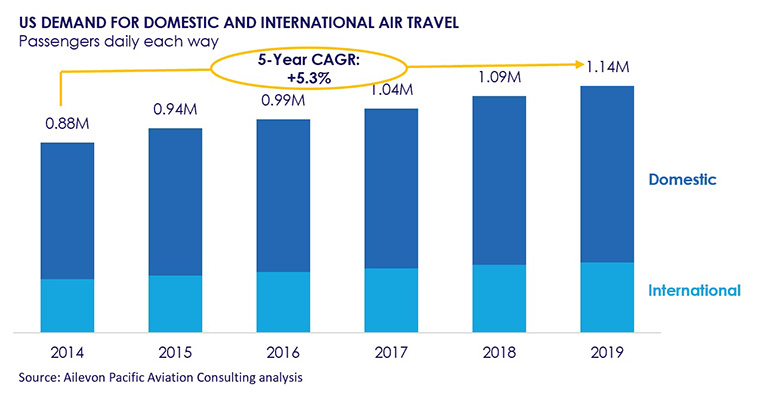 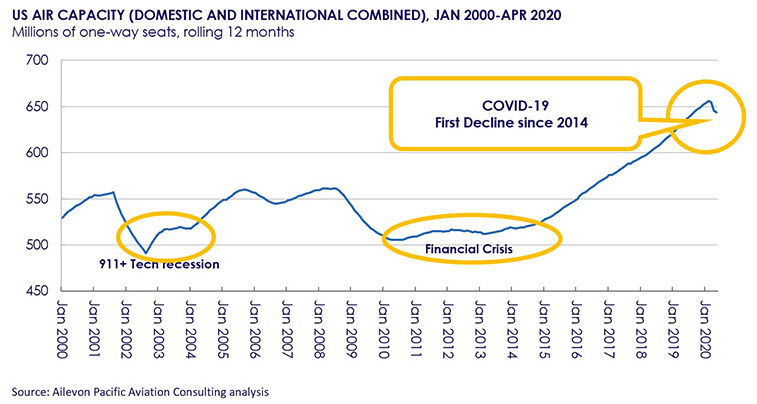 A loss of 14.7 million seats in April and May

For the months leading up to drastic capacity reduction announcements, US carriers took measures to adjust international flights, while leaving domestic capacity relatively untouched until the beginning of March. Compared with what was published at the end of February, the current schedule indicates that US domestic capacity will drop by 8% in April and May. This means a loss of 14.7 million seats, impacting nearly all communities.

New York has been the hardest hit, losing 12% of its planned air capacity or 1.2 million outbound seats. Atlanta suffers the second-largest reduction with a million seats evaporating from its domestic network. The recently-imposed lockdown in California further dampens demand in the Bay Area and the LA Basin, resulting in the third- and fourth-largest capacity cut, respectively. They are followed by Chicago, with O’Hare hub to both United and American. 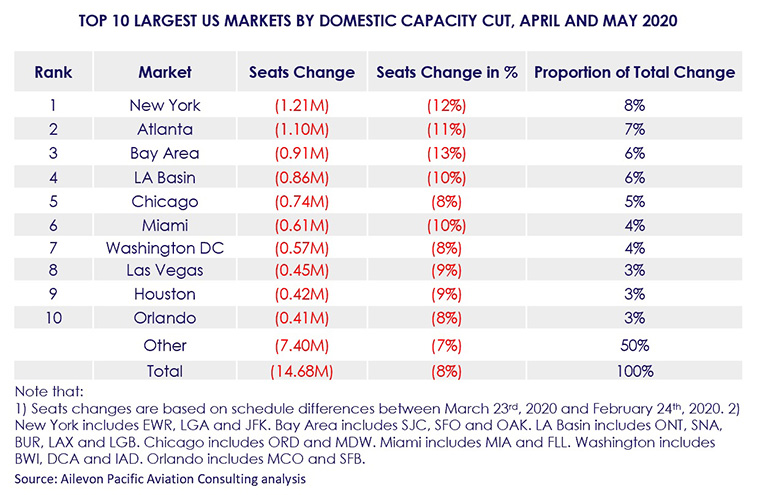 Delta and United slashed capacity; Frontier has no material reductions

Delta Air Lines and United Airlines have slashed domestic capacity in the next two months by more than 10% from their previously planned schedules. Their combined cuts account for half of the total reduction in April and May.  On the ULCC front, Spirit is acting quickly to remove a quarter of its domestic capacity. Interestingly, Frontier has neither announced capacity cuts nor loaded any material reductions into its schedule.

Potentially 43% of domestic seats could be cut

It is worth noting that the announced reduction plans by airlines are far more severe than what we currently see in the published schedule. If all announcements come into full effect, it could mean as much as 43% of the domestic seats or more shall be erased from the schedule, bringing us to a capacity level not seen since 2001. This lag exists because taking a flight out of the schedule is never an easy decision. It involves rounds of discussions among different airline departments including network planning, scheduling, airport management and unions representing cabin/flight crew. In other words, we’re not at the bottom yet. Things will get worse before they get better.

This article was brought to you by Sophie Wang, Consultant, Ailevon Pacific. You can visit https://airportroundtable.com/covid/ for more updates on the impact.