Jet2 announce two new routes from Birmingham; to be #2 base 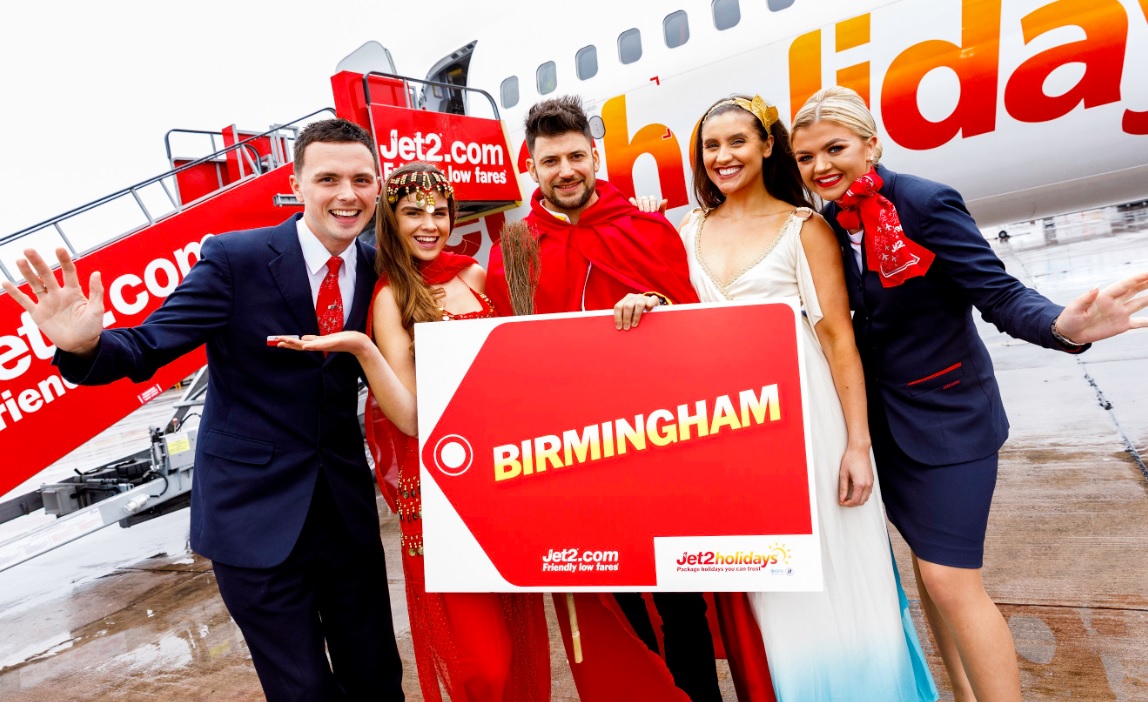 Despite the unprecedented impact of COVID-19, airlines around the world are still forward planning for coming seasons.  They must or they have nothing.  Nicely demonstrating this is Jet2, which has announced two new routes from its Birmingham base for S21: Kalamata and Mytilene, both in Greece.  Both will be operated by 189-seat B737-800s.

Kalamata and Mytilene were operated by Thomas Cook

According to the UK CAA, Birmingham – Mytilene had 8,301 passengers in 2019, flat year-on-year.  It was, after all, only operated on Saturdays from 4 May until 28 September. With 9,680 seats, it had an average seat load factor of 86%.  Birmingham – Kalamata, meanwhile, had 7,577 passengers, also flat.  It operated between 19 May and 29 September and likewise had a seat load factor of 86%.  With these two destinations, Jet2 will serve 13 Greek airports from Birmingham, with Heraklion (Irakleion), Crete, number-one by seats. 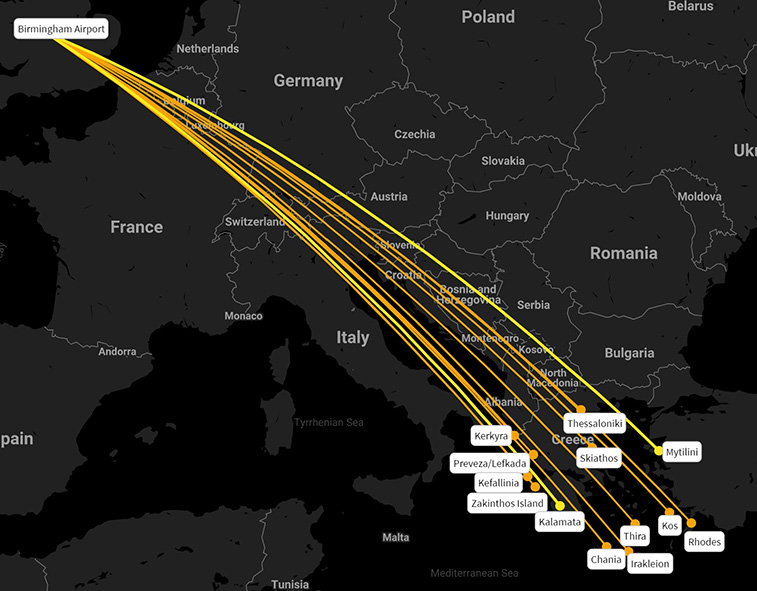 Note: this map includes those destinations that are already served by Jet2 from Birmingham and those (Kefallinia (Kefalonia), Preveza, Santorini (Thira), and Skiathos) that are due to start this year. Yellow denotes those due to start in 2021. Source: OAG Mapper.

Birmingham due to become #2 base this year

Jet2 serves nine airports in the UK, with seats to/from these exceeding 15.8 million last year and a forecast 18.5 million this year.  Of course, COVID-19 will no doubt affect this further, especially if it continues into Jet2’s all-important summer season.  Nonetheless, 17% year-on-year growth, even if it does not all materialise, clearly shows Jet2’s strong ambition.

OAG Schedules Analyser indicates that Birmingham was Jet2’s fourth-largest by seats in 2019, behind Leeds Bradford and London Stansted.  The carrier started Birmingham in 2017, after the end of Monarch Airlines that year.  In Jet2’s first year, its Birmingham seats totalled 707,000.  Last year, they exceeded 2.1 million, aided by the end of Thomas Cook, and they’re due to almost reach 2.9 million this year – pushing the Midlands airport into second place. This is in part from multiple new routes, including four to Greece and Barcelona, Lisbon, Nice, and Murcia. 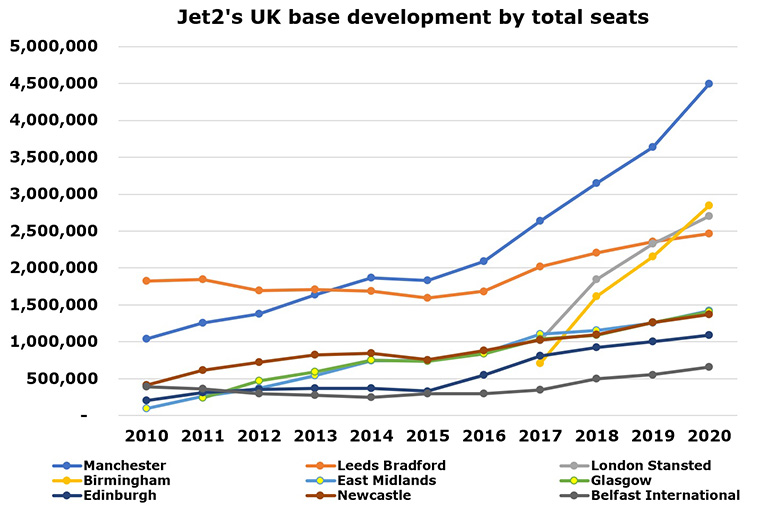