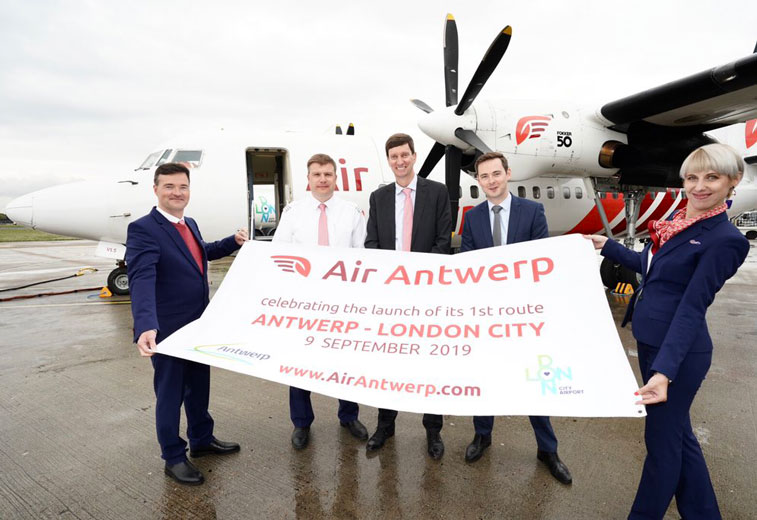 Air Antwerp is to resume its 192-mile Antwerp, Belgium – London City Airport service from Monday, 4 May. It suspended its operation on 22 March as a result of coronavirus and, because of this, London City shutting from 25 March until the end of April.

The carrier, which began operating on 9 September 2019, currently only operates this one route.  In normal times, it operates three-daily during the week and once on Sundays.  But come 4 May, its weekday service will reduce to twice-daily, which is not surprising given the fall in demand.  The revised weekday schedule will be as follows and still enable day trips in both directions:

The Antwerp – London City market has seen significant upheaval in the past decade, mainly following VLM Airlines’ acquisition by CityJet and all that followed.  Started in 1993, Antwerp – London City has never been a volume market – it focused on frequency and higher yields to counteract that –  but since 2010 passenger traffic has declined almost yearly, although this seems to mainly be from the ups and downs of the different airlines operating it.  In 2010, the UK CAA shows that 74,400 flew it, with a low seat factor of 56%.  However, come 2018, traffic had fallen to just 27,500, coinciding with the lowest SLF of just 45%.  This is from the service ending on 11 September 2018, with the absence continuing for almost exactly one year, until Air Antwerp began it.  Hence the 15,000 passengers for the remaining four months of last year.  The rebuilding of this link, with undistributed operations, is important. 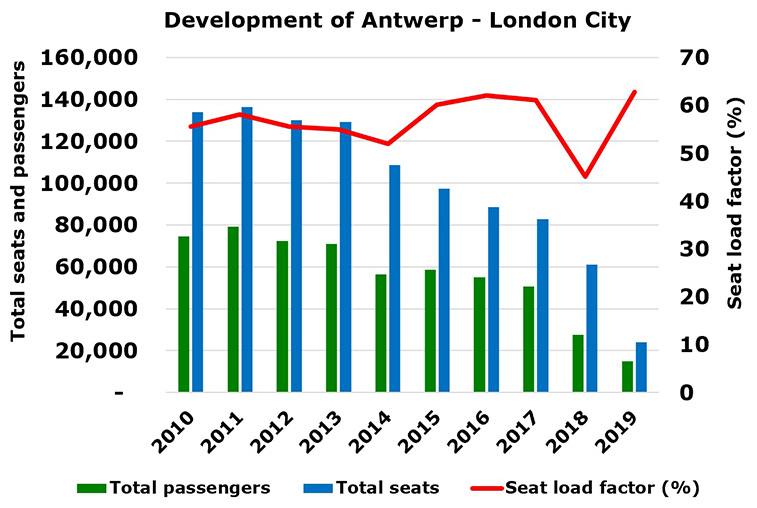