The EU has implemented relief from the ‘use it or lose it’ slot rule for the S20 season for all EU and UK coordinated airports, effectively from today, 1 April. It’s no joke.

Use it or lose it

The so-called use it or lose it or ‘80%’ rule no longer exists for S20.  This rule requires an airline to use its allocated slots at least 80% of the time under normal circumstances.  If they don’t, they risk losing them for the next equivalent season, with many potential consequences.  While this rule may seem draconian, it does have various benefits.  This includes offering airlines the certainty to put tickets on sale almost one year ahead of operation, while promoting positive utilisation of scarce airport capacity.

In S20, there are 155 level two and level three airports within the EU and UK, up from 130 in W19.  Of these 155, 88 are level three, as in the following map, with 19 in Greece, 17 in Italy, 13 in Spain, and eight each in Germany and the UK.  Level three airports are those where demand exceeds airport capacity for significant periods and where it cannot be resolved in the short-term.

The 88 level three coordinated airports in S20 across the EU and UK.

The on-going and unprecedented impact of Covid-19 on the aviation industry – both within the EU and globally – means that circumstances are, of course, anything but normal. And as regulators can suspend the 80% rule in exceptional circumstances, IATA set about achieving this on 3 March, saying the normal rule would be “inappropriate” for this summer.  The EU has recognised the exceptional circumstances and acted.  It said that “slot coordinators shall consider slots allocated for the period from 1 March 2020 until 24 October 2020 as having been operated by the air carrier to which they were initially allocated.”

As the EU said, “the outbreak of Covid-19 has led to a sharp drop in air traffic as a result of a significant fall in demand, together with direct measures taken by the Member States and third countries to contain the outbreak.”  This, it added, is “beyond the control of airlines”, and voluntary or involuntary cancellation of services is a necessary and/or valid response to the circumstances.

On voluntary cancellations, the EU said that such cancellations may protect a carrier’s financial health and avoid negative environmental impacts from operating what would inevitably be empty or near-empty services simply to meet the 80% rule.  Operating for this reason under these circumstances would clearly be illogical.  The suspension of the slot usage rule means that airlines can respond to market conditions with appropriate capacity levels, while aircraft can be reallocated as needed. All of which may help the EU and UK aviation industry to recover from the current crisis, with the ‘summer vs. winter’ seat gap suggestive of the problem.

OAG Schedules Analyser shows that the EU and UK’s 88 level three airports have 672 million seats in S20, up from 243 million over W19.  However, the ‘summer vs. winter’ gap is down by 81 million over the year-ago period.  Clearly, this could all worsen still further given there is currently little visibility, capacity or otherwise, for this summer.

Note: this is based on those airports listed as level three for S20, the vast majority of which are the same each year. Source: OAG Schedules Analyser. 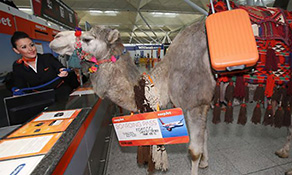