Emirates to resume 5 European airports from 6 April; we look at numbers 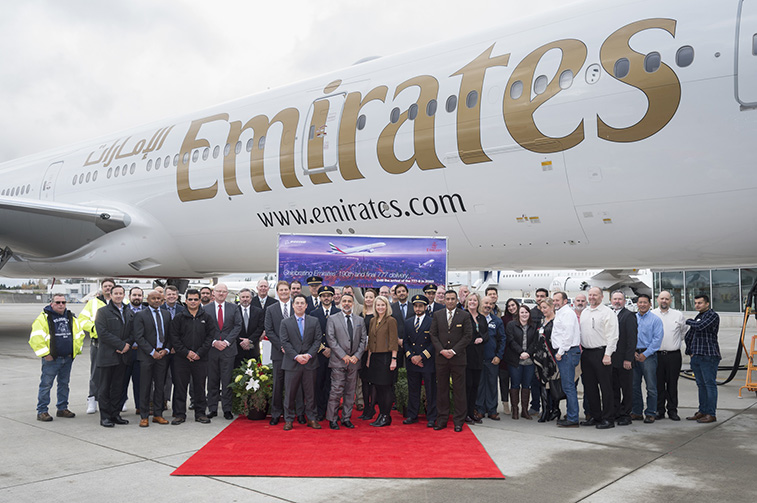 Emirates has been granted permission to resume limited service to five European airports from 6 April, as follows.  This comes nine days after the UAE government suspended all scheduled passenger flights for two weeks from 25 March.  They’ll initially use two-class Boeing 777-300ERs and operate 16-weekly services, down from the ‘usual’ 112, clearly demonstrating its gradual approach – which is crucial given the current exceptional circumstances.

The decision to relaunch with all European airports is interesting given how badly affected the continent is from Covid-19.  However, it is presumably from a combination of factors.  Given most of the destinations, including Brussels, we think it’s led by strong cargo demand and the B777-300ER’s large belly-hold cargo capacity.  During normal times, they also have good local passenger demand and local fares (given there are currently no online connecting opportunities).  Especially London Heathrow, with an average of USD$503 one-way excluding both a 20%+ fuel surcharge each way and taxes, driven, in part, by strong premium demand.

In 2019, Emirates served 43 European destinations, with Porto the latest, and they collectively had 23.6 million seats.  Of these, the five to be resumed had 5.5 million; London Heathrow, Emirates’ number-one European airport, had 2.2 million.  Despite the near doubling of seats to/from these five since 2010, their share of Emirates’ European network has almost continuously declined, reaching 23% last year. 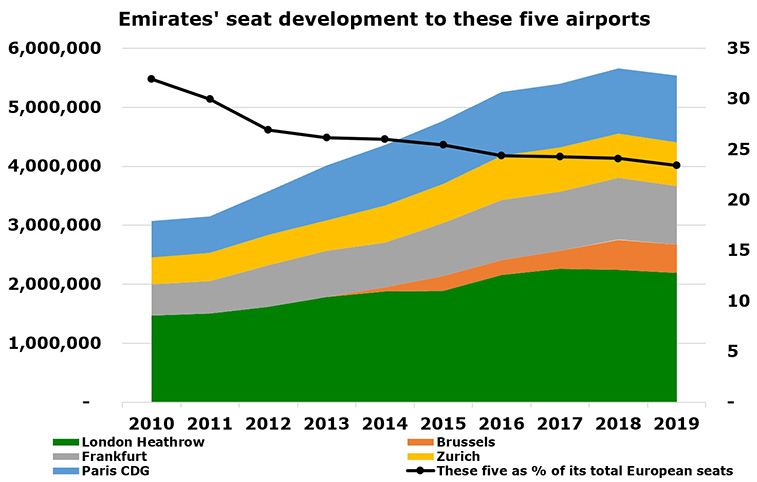