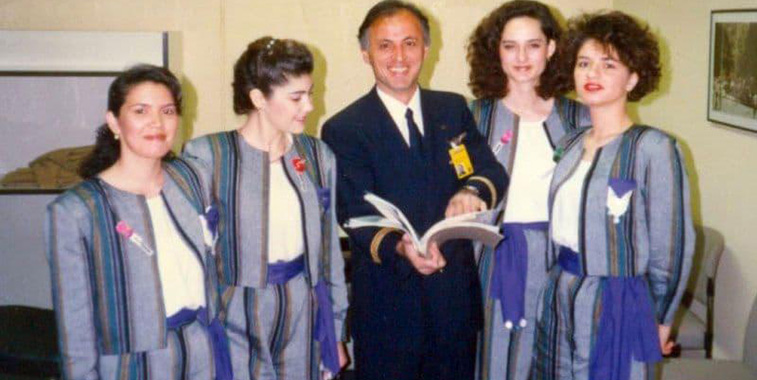 SunExpress celebrated its 30th anniversary yesterday, 2 April.  The carrier, a joint venture between Lufthansa and Turkish Airlines, had its first revenue flight – a charter – between Antalya and Frankfurt in 1990 using a Boeing 737-300.  Scheduled operations didn’t begin until 11 years later.

SunExpress’ objective was straightforward: to develop tourism in the Antalya region.  And to this day, both Antalya – its original and still largest base – and Germany remain fundamental to its success. It is now the world’s fifth-largest leisure operator. 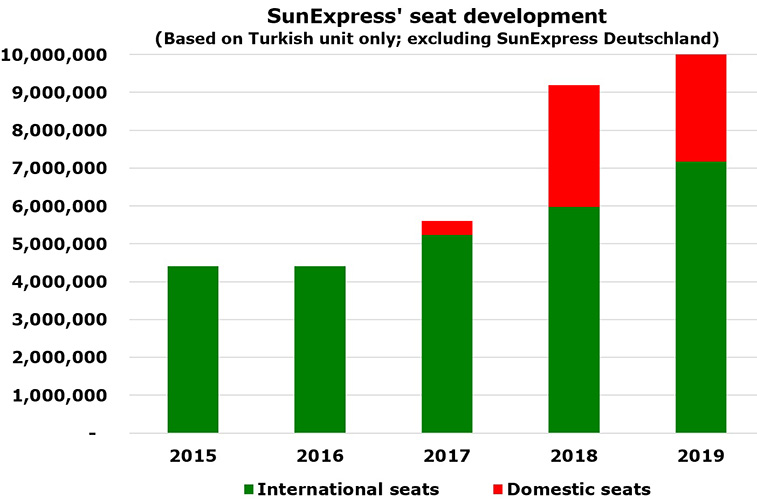 Only including the Turkish unit. Source: OAG Schedules Analyser.

Izmir key for domestic growth and focus on VFR demand

Izmir was primarily responsible for this strong (+2.1 million in 2018), with this city – Turkish’s third-largest – important not just for international tourism and domestic travel but also for international connections over Izmir across Anatolia.   Demand for these connections is focused on VFR travel, with the VFR market segment a growing part of the carrier’s operation.  Indeed, this year SunExpress offers 13 domestic routes from Izmir, almost all in Central or Eastern Turkey, from where most Turkish diaspora across Europe originates.  But it’s not just over Izmir. 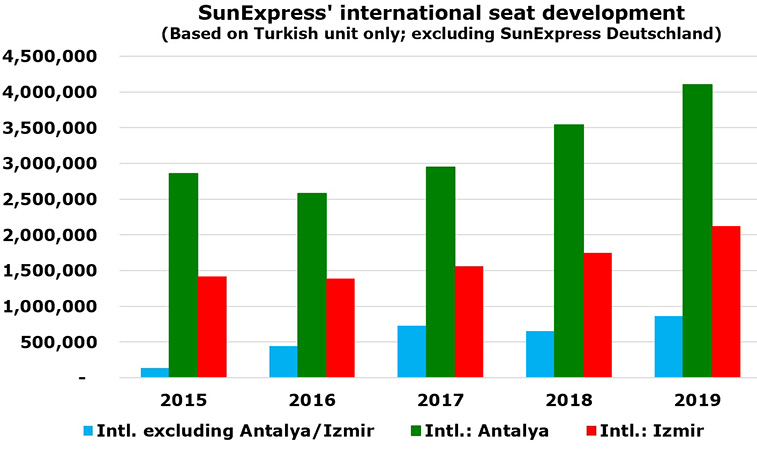 Only including the Turkish unit. Source: OAG Schedules Analyser.

SunExpress is increasingly focusing on non-stop, primarily VFR-driven international markets (except leisure-focused Bodrum and Dalaman) away from Antalya and Izmir.  It isn’t hard to see why.  OAG Traffic Analyser shows that five million flew indirectly between Turkey (excluding Istanbul, Antalya, and Izmir) and Europe last year, with more than 200 unserved markets having 10,000+ passengers pre-stimulation.  Such international service is the fastest-growing part of SunExpress’ operation – +32% YOY for the Turkish unit alone – but obviously from a small base, and in 2019 represented 9% of its international seats.  It now connects 15 Turkish airports – excluding Antalya and Izmir – to 18 European airports. 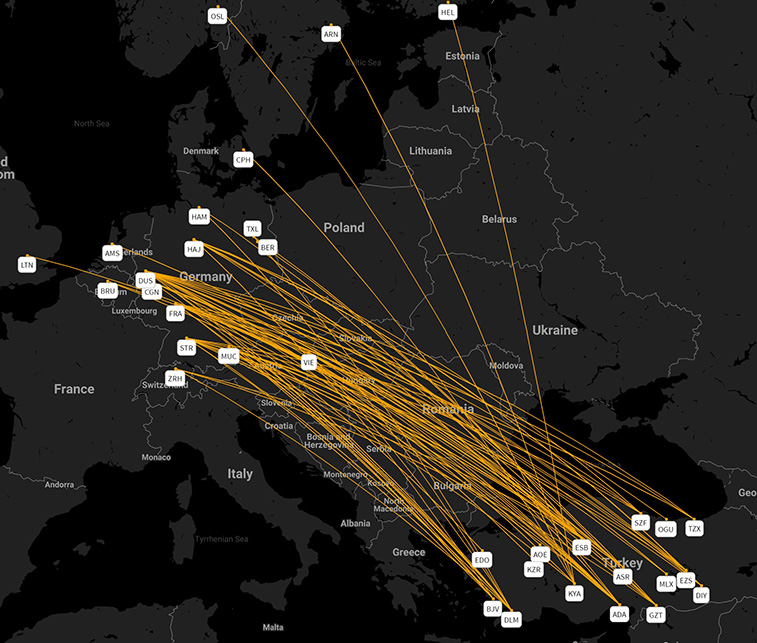 Germany is the backbone of SunExpress and always will be

As a result of Germany’s four+ million Turks, it is heavily represented here, especially Düsseldorf, in North Rhine-Westphalia, which has the most Turks.   Since S19, SunExpress – together with its SunExpress Deutschland subsidiary – has started numerous such VFR routes, typically once- or twice-weekly. These include Düsseldorf – Gaziantep (GZP), Kütahya/Zafer (KZR), and Matatya (MLX); Cologne – Kayseri (ASR) and Samsun (SZF); Stuttgart – Diyarbakir (DIY), Elazig (EZS), and Konya (KYA); Hannover – Kayseri; and Oslo – Konya.  This year, many are due to begin, including Brussels, Hamburg, Vienna to Adana (ADA); Düsseldorf – Edremit (EDO) and Eskişehir (AOE); Frankfurt – Malatya; Helsinki – Konya; and various new leisure routes from Dalaman (DLM) and Bodrum (BJV).

Like most leisure operators, SunExpress is very summer-focused, with its ‘summer vs. winter seat gap’ doubling over the past few years.  As with all airlines, the full impacts of Covid-19 on the carrier are not yet known.  However, SunExpress has an estimated 7.3 million scheduled seats in S20, against 2.8 million in W19.  It obviously relies on summer months to generate all-important revenue, with summer cashflow key to seeing it through the weaker winter season.  It is perhaps fortunate to be a joint venture between Lufthansa and Turkish Airlines.