Air Transat retires A310; we look at the aircraft’s operations globally

The first A310 departed on its maiden flight on 3 April 1982.  A year later, Lufthansa and Swissair became the initial operators of the new aircraft and its original series: the -200. On 30 March 2020 – almost exactly 38 years later – Air Transat flight TS765 touched down in Toronto from Porto (via Halifax).  This marked the end of revenue-generating service for the world’s second-largest operator of the A310 in passenger configuration, based on 2019 seats.  As with KLM and Qantas retiring their passenger B747s prematurely as a result of COVID-19, so too with Air Transat and the A310.

In 2019, seats by all operators of the A310 totalled 2.8 million, down from 14.6 million in 2010.  In this period, the top-five operators of the type – by accumulated seats – were, in order, Mahan Air, Pakistan International, Air Transat, Yemenia, and Biman Bangladesh.  All have now ended passenger A310 operations, except Mahan Air.

Air Transat used 250-seat A310-300s for both their relatively low capacity and their ability to operate multiple missions, including thinner, long-haul service. Last year, the Canadian carrier used them to the Caribbean, Mexico, and Europe, with Western Europe seeing over six in ten of such seats. At 3,998 miles, Toronto – Barcelona was its longest A310 route, although this was mainly operated by the A330.  As such, it wasn’t one of its top-10 A310 routes by total seats, as illustrated in the map below.  Toronto – Dublin was number-one (54,500), narrowly ahead of Toronto – London Gatwick (53,250).

Now no Western operator of the A310 in passenger config

After Air Transat’s withdrawal of the A310 – and before that Azores Airlines in 2018 – no other airline within the Western hemisphere now uses the aircraft in passenger configuration.  Indeed, last year, the type’s operators were Mahan Air (1.8 million seats), Air Transat (732,000), Ariana Afghan Airlines (174,000), and Iran Air (32,000).  Nearly seven in ten A310 seats were by Iranian carriers as a result of the sanctions that effectively prohibit re-fleeting.  As such, it’s no surprise how heavily Iran features in the world’s top-10 A310 routes.

In 2020, five routes are scheduled to see A310s operate instead of other aircraft, either entirely or for some of the time.  In March, Ariana Afghan replaced Boeing 737-400s on Kabul – Jeddah, while Mahan Air’s weekly Isfahan – Asaloyeh service was also operated by the A310.  In addition, Mahan Air was due to resume its Tehran IKA – Belgrade at the end of April, with the service in its pull-down menu.  Come October, Iran Air is scheduled to use the small widebody on three routes: on Mashhad – Beirut, replacing the A300-600; Tehran IKA – Hamburg, replacing the A330-200; and Tehran IKA – Vienna, instead of the A300-600. 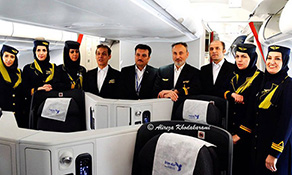 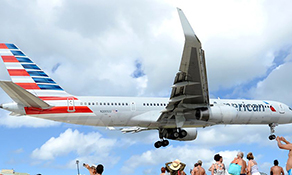 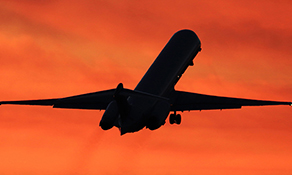