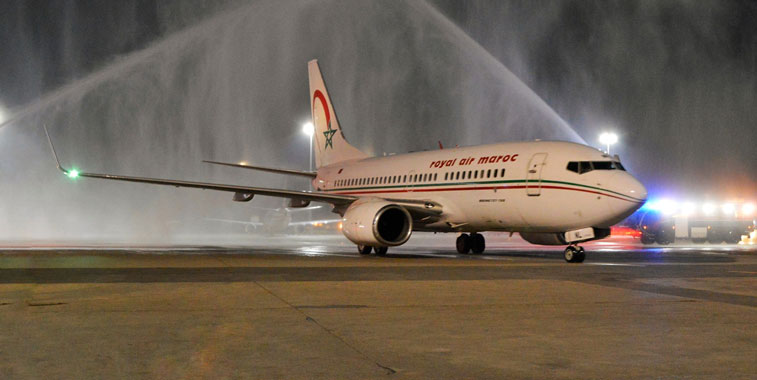 On 1 April, Royal Air Maroc joined oneworld, two years after disclosing its intention to do so.  Its offering is clear: a strong and growing African network.  This is something that oneworld greatly needs, because it is by far the weakest of the three alliances – oneworld, SkyTeam, and Star Alliance – for Africa. 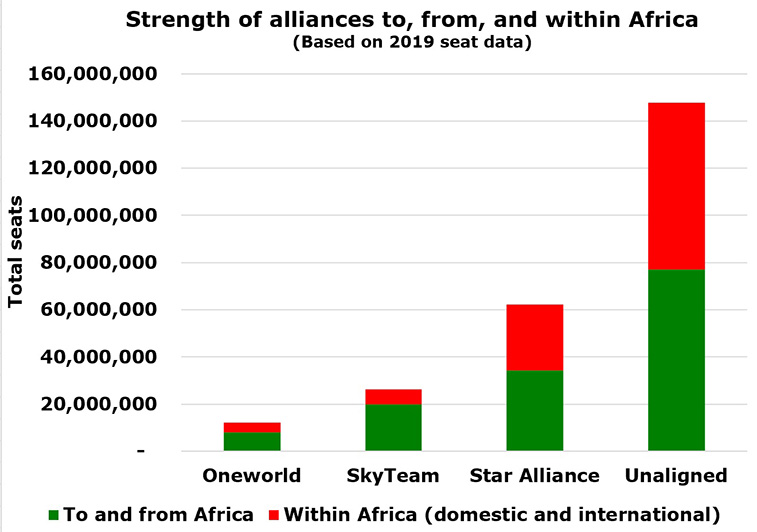 oneworld has by far the smallest Africa presence

In 2019, oneworld had just 12.2 million seats to, from, and within the continent.  In contrast, SkyTeam had more than twice as many (26.3 million), while Star Alliance had over five times more (62 million). After all, SkyTeam has Kenya Airways and the African networks of KLM and, notably, Air France, the latter especially within West/Central Africa given former colonies.  Star Alliance, meanwhile, has Ethiopian Airlines, EgyptAir, and South African Airways – Africa’s first, second, and fourth-largest airline by seats, respectively – together with Brussels Airlines’ strong African offering and Turkish Airlines’ vast network across the continent. Until now, oneworld hasn’t had an African member, with Royal Air Maroc the continent’s third-largest operator by seats.

Difference in alliance dominance across Africa

oneworld is relatively strong in Southern Africa – with three times as much capacity as SkyTeam – from British Airways’ South African franchise partner, Comair, being an associate member of the alliance. Of all regions, oneworld is weakest in West/Central Africa, with 982,000 seats last year, a 4.5% share of all alliance seats there.  British Airways provided 632,000 of these from its Abuja, Accra, and Lagos services, followed by Qatar Airways (186,000) and Iberia (164,000). 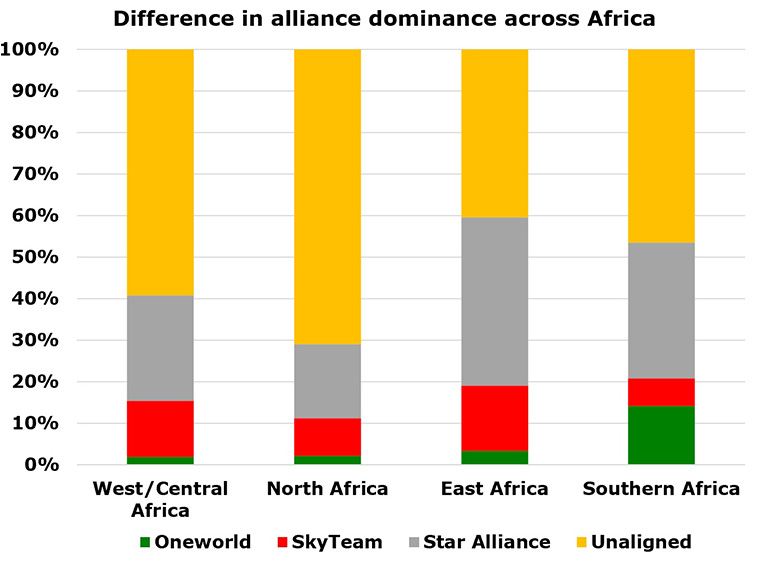 oneworld to benefit most from North Africa increase

Not surprisingly, North Africa will see the biggest increase for oneworld, with seats up by over 500%. oneworld will become the second-largest alliance there after Star.  West/Central Africa, meanwhile, will grow by 245%, although oneworld will remain third.  There will be no change in the alliance’s dominance to East or Southern Africa. 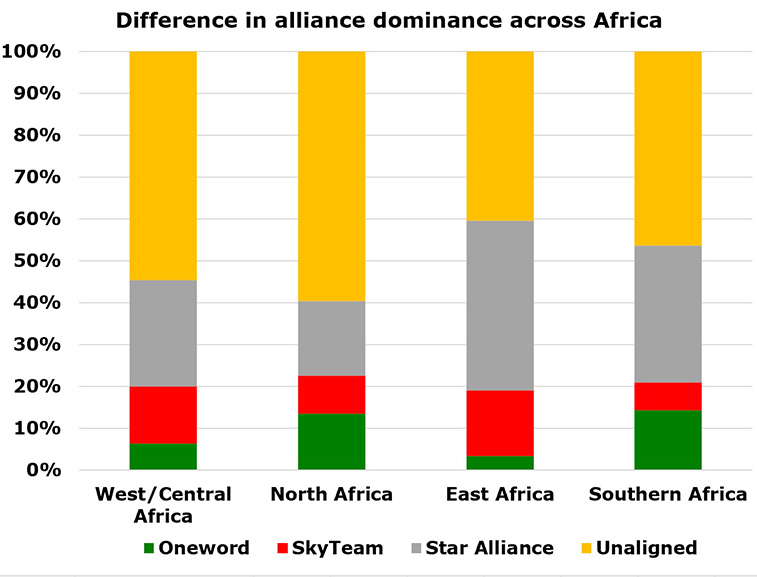 In normal circumstances, 85% of the Moroccan carrier’s seats are to/from Casablanca.  This includes the service of its ATR-72-operating Royal Air Maroc Express subsidiary, now an affiliate member of oneworld.  17 domestic destinations are served, led by Agadir, which grew relatively strongly YOY, together with 29 international destinations across Africa. Fitting into its well-coordinated Casablanca hub for two-way connectivity from Europe to West/Central Africa (and Brazil, among others), its international African destinations are served an average of once daily. Across all of 2019, so ignoring seasonality, Dakar was its most-served international African city (average of 18-weekly), followed by Tunis (13) and Abidjan (10). 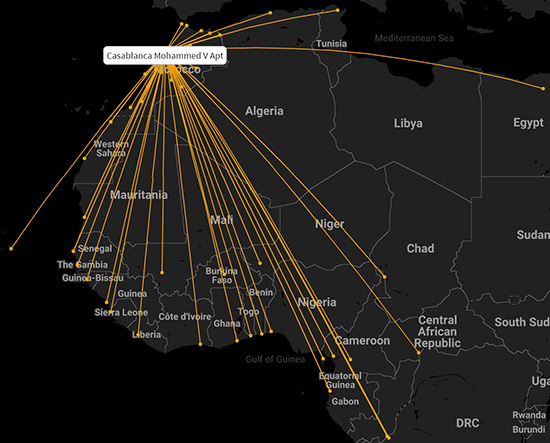