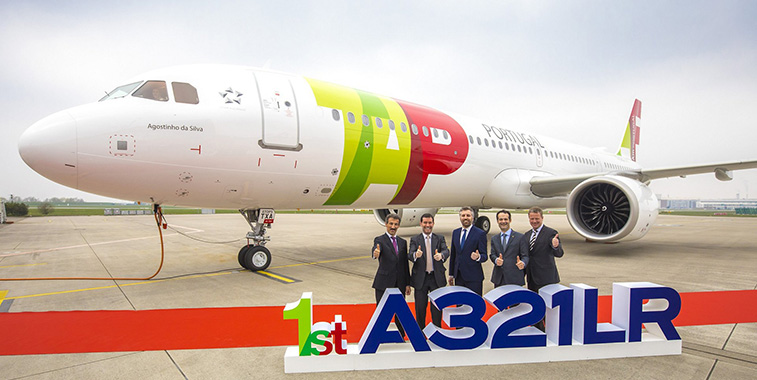 TAP Air Portugal has announced four new routes with all but one for W20.

Ponta Delgada – Toronto is currently served on a year-round basis by Azores Airlines.  In S20, it is scheduled to operate five-weekly: four by the A321, and once by a leased A340-300.  Of course, COVID-19 might affect this.  Azores Airlines will continue to operate the route alongside TAP Air Portugal, so together offering a daily summer service, with both carriers offering onward connections to the Portuguese mainland.  Ponta Delgada – Toronto is mainly an ethnic route for people originally from the Azores, with 500,000+ Portuguese nationals and those of Portuguese heritage living in Canada, especially Toronto. And also for Canadian tourism to the Azores.

The announcement of TAP Air Portugal’s new Toronto service comes ahead of the launch of its four-weekly Ponta Delgada – Boston, scheduled for 4 June. This suggests that sales of Boston were going well, at least pre-COVID-19. The commencement of Boston will also be in head-to-head competition with Azores Airlines, with the two offering 11 weekly flights in summer. Delta Air Lines ended the island’s only New York service last year. Will TAP seek that, too?

Clearly, most of TAP’s new routes will rely on connections.  Cape Town is no exception, with two-way connectivity – with pretty low circuity and reasonably minimal waiting time – available to/from 11 European airports: Amsterdam, Brussels, Frankfurt, Geneva, Madrid, Munich, London Heathrow, Porto, Rome Fiumicino, Seville, and Zurich.  OAG Traffic Analyser shows that these collectively had an estimated 696,000 passengers to/from Cape Town in the 12 months to November 2019.  Of this 696,000, 382,000 connected en route.  Of the 19,000 local passengers between Lisbon – Cape Town, 62% travelled with TAAG Angola Airlines via Luanda, with most of the rest travelling 3,200+ miles farther with Emirates via Dubai. 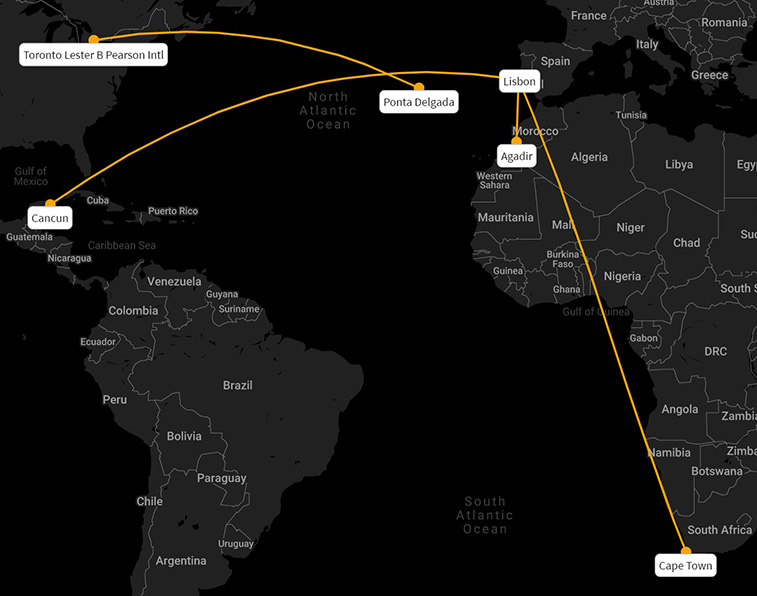