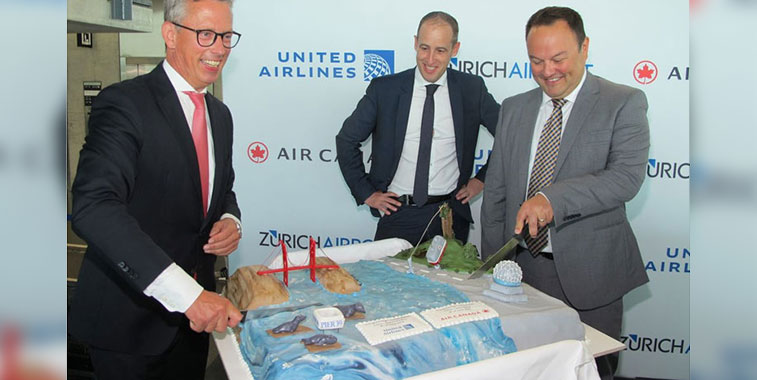 United Airlines is set to resume 89 long-haul routes to Asia-Pacific, Europe, and South America, the carrier’s booking engine shows. These either aren’t bookable before the resumption dates, or at least not at the same frequency.

There is clearly great uncertainty surrounding these resumptions, with the vast majority expected to depart from the US on 20 or 21 May from across all of its hubs: Chicago O’Hare; Denver; Houston Intercontinental; Los Angeles; Newark; San Francisco; and Washington Dulles.  (Honolulu will also see Tokyo Narita return.)  Some, meanwhile, will rebegin in June and July, including Chicago to Dublin and Edinburgh, Newark to Athens, Dublin, Edinburgh, Glasgow, Porto, Shannon, and Venice, and San Francisco to Amsterdam and Zurich. 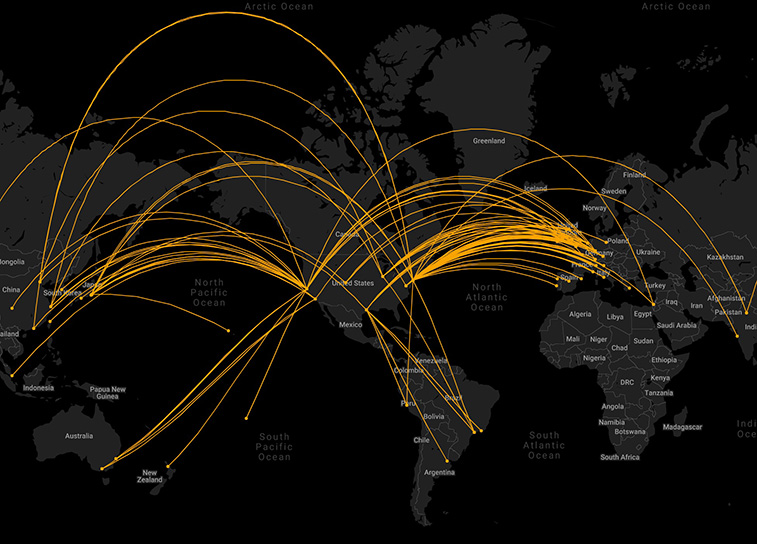 This map shows those resuming and starting, which could, of course, change. Source: OAG Mapper.

London, Frankfurt, and Tokyo expected to have 37 daily flights

London Heathrow, United’s top long-haul destination on an airport basis, will see 18-daily flights from May: six from Newark, three from Chicago and Washington, two from Houston and San Francisco, and once-daily from Denver and Los Angeles. This will be about the same as the same period last year.  Its next key long-haul airports are Tokyo Narita and Frankfurt.  However, when Tokyo Haneda and Narita are considered together, they’re marginally larger than Heathrow.  In all, from May United will offer ten daily departures to Tokyo and nine to Frankfurt. Tokyo Haneda and Frankfurt are both crucial Star Alliance hubs. The following charts United’s total seats for these destinations to/from the US on an annualised basis since 2010. 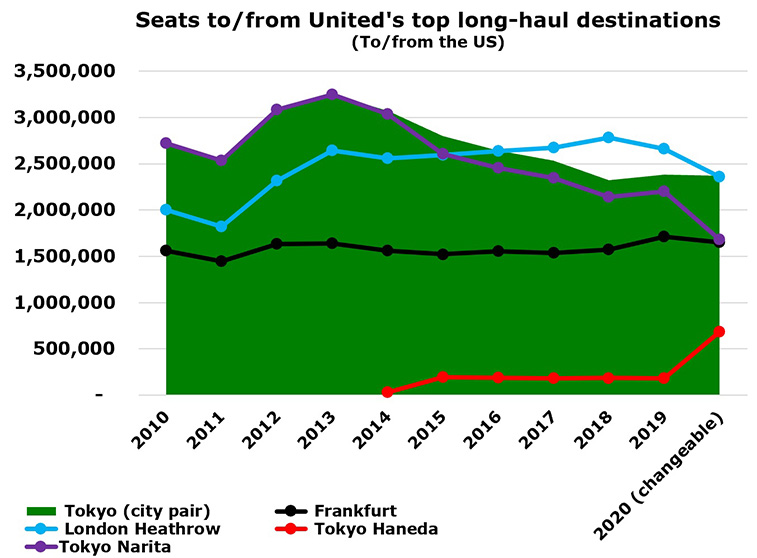 Tokyo’s ten-daily flights at city level includes two new routes: Los Angeles and Newark to Haneda, both starting 20 May.  Los Angeles will be served daily by the 318-seat B787-10, while Newark, also daily, will be by the 276-seat B777-200ER.  While Newark will have no direct competition, United Airlines will face direct competition from Los Angeles by All Nippon (Star Alliance), American Airlines, Delta Air Lines, and Japan Airlines.  The start dates of two other new routes – Newark to Nice and San Francisco to Dublin – have been pushed back somewhat.  Nice, daily by the 167-seat B767-300ER, will now start on 1 July (originally 2 May), while Dublin, also daily, will start 1 July (originally 5 June) by the 219-seat B787-8.  Not surprisingly, San Francisco is by far United’s number-one airport for B787 operations, although second-placed Newark is catching up.