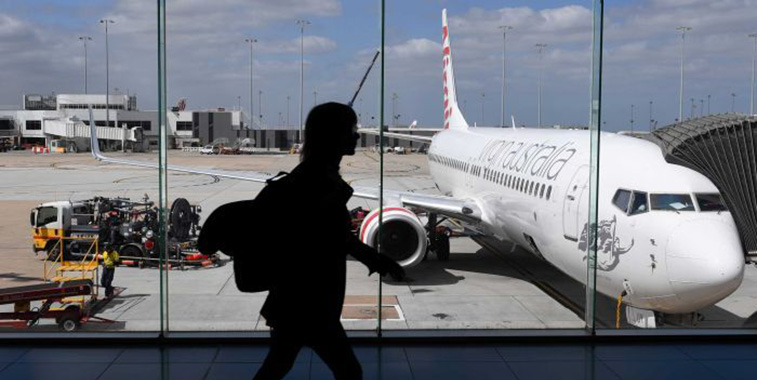 Voluntary administration for a “stronger, leaner, and fitter” future

It is against the law for company directors to continue to trade when they know the company cannot meet its debt repayments as and when they fall due.  As such, they can appoint insolvency practitioners to act as administrators.  The administrators step into the shoes of the directors and have additional powers, including the ability to renegotiate contracts (of which there will be many!), such as expensive aircraft leases.

Of course, this process is to make Virgin Australia “stronger, leaner, and fitter,” as the carrier’s CEO, Paul Scurrah, put it.  What isn’t yet known is what the ‘new’ Virgin Australia will look like.  Assuming the carrier survives, this will depend on its new owners, with ten parties reportedly interested in it. 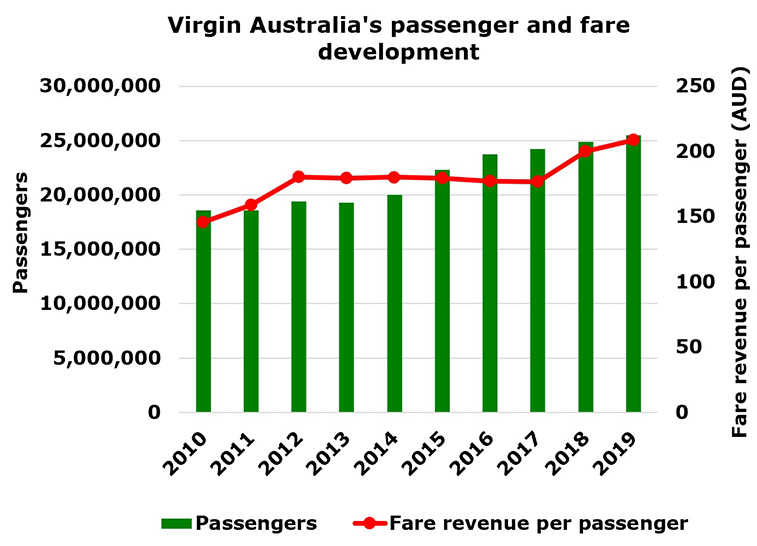 Qantas will always be Australia’s primary international airline, with it having a quarter share of the country’s international seats last year against 10% for Virgin Australia.  Indeed, since 2014, Qantas has focused much more on international than domestic, with CAGRs of 4% and -1% respectively. Of course, some of its international expansion was making up for seats lost.  For Virgin Australia, both segments have remained relatively flat, with CAGRs of around 1% each.  This and Qantas’ domestic reductions have improved Virgin’s market share.  It ended 2019 with 31.3% to Qantas’ 37.8%, with the gap closing most years. 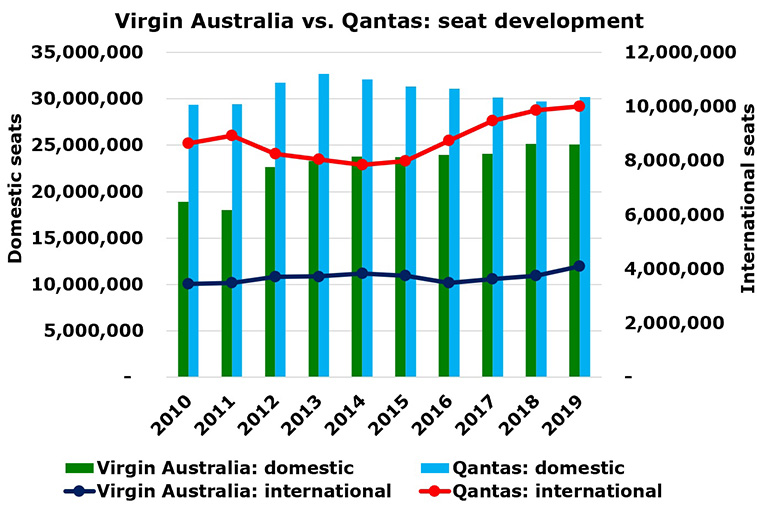 Note: passenger volumes broken down by domestic and international weren’t available, so seats were used instead. Source: OAG Schedules Analyser.

Virgin Australia’s domestic market accounts for 86% of its total

Domestic seats account for 86% of Virgin Australia’s total last year, more or less flat each year. The carrier’s top-10 domestic routes were as follows, with these 10 representing 51% of its total domestic seats. Virgin Australia was number-one to Qantas – or its subsidiary, Jetstar – in only one of these: Brisbane – Townsville.

We don’t know what will become of Virgin Australia, but it must focus on its core – its strong domestic market – while cutting markets and frequencies that don’t contribute what they should.  Its suffering international operations need much work.  Last year, the carrier added five new international routes: Sydney – Hong Kong; Sydney – Wellington; Melbourne – Queenstown; Newcastle – Auckland (seasonal); and Darwin – Denpasar (seasonal).  It is inevitable that cuts will be made to its international network, most likely to New Zealand and Pacific islands.  It will be very interesting to see what happens to its planned Brisbane – Tokyo Haneda service, still bookable from this June, with Haneda slots very valuable and very hard to secure again.  Meanwhile, many questions remain over the use of Tigerair given its small scale and continued poor performance financially.

anna.aero looks forward to seeing how Virgin Australia develops in its next chapter. Our thoughts go out to all those in the industry who have lost their jobs, temporarily or permanently, given the current environment. We wish you well.