As Léon Verhallen, Director of Aviation Development at Brussels Airport, told us: “We are delighted with Sun-Air taking over the Brussels – Billund route of Brussels Airlines. Sun-Air had been operating successfully to Brussels until 2016, so it’s really a ‘welcome back’.  What is even more encouraging is the confidence that Sun-Air has in the near-term recovery of air travel. Every cloud has a silver lining.”

Sun-Air often had low annual capacity on Billund – Brussels, at 30,000-40,000 seats according to OAG Schedules Analyser.  This is because it focused on point-to-point demand with a business-orientated timetable based on working in Brussels.  While the carrier primarily used its 32-seat Dornier 328JETs, it normally operated the 19-seat Jetstream 31 on some flights each week.  This increased the block time from 1h 25m to 1h 40m.

In contrast, Brussels Airlines focused on local but also connecting traffic over its hub, so its much greater capacity.  It primarily operated Dash-8-400s (operated by flybe), Superjet 100s (CityJet), and CRJ-900s (CityJet). In its peak year, 2018, Brussels Airlines was operating up to a 17-weekly service using the 98-seat SuperJet.  Interestingly, OAG Traffic Analyser suggests that almost 70% of the carrier’s Billund traffic connected over Brussels, with top destinations Madrid, Rome, and Edinburgh. So the capacity offered by P2P-focused Sun-Air. 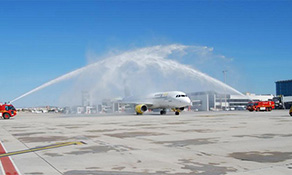 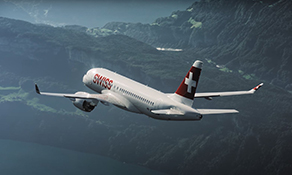