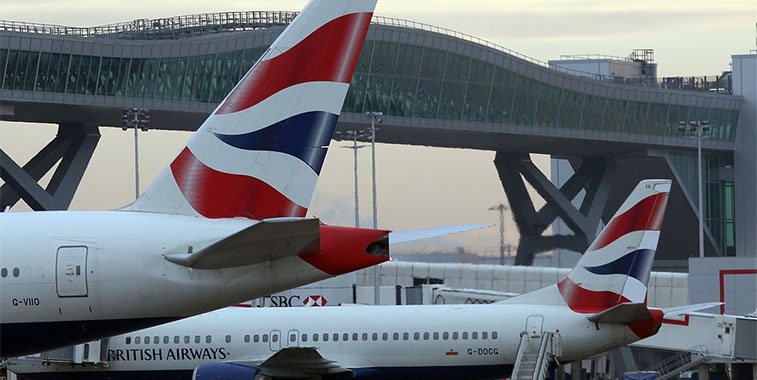 British Airways may stop serving London Gatwick, a letter to its staff suggests. According to the airline: “We suspended our Gatwick flying schedule at the start of April and there is no certainty as to when or if these services can or will return.”   If this happened, the airline could consolidate around Heathrow, already virtually at capacity.

British Airways is Gatwick’s second-largest airline with a 17% share of seats, more or less unchanged in the past decade.  Its seat capacity at the airport has grown by a CAGR of 2.5% since 2010, half as much as Gatwick’s number-one airline, easyJet.

This announcement comes after British Airways became the latest airline – of many globally – to announce job losses, potentially of up to 12,000.  As Airbus’ CEO said this week, coronavirus may be “the greatest crisis in history for the tourism and civil aviation sectors”.  Demand for air travel is, he suggested, unlikely to return for “three to five years”. It is this which propelled British Airways to make such a statement.

British Airways’ statement goes beyond merely saying that its return to Gatwick will inevitably happen at some point, subject to permission – the same as other airlines and airports.  anna.aero interprets the airline’s comments as a negotiation tactic; the inevitable ‘everything is on the table’ during this crisis.

… but a lot of value in the idea too

Last year, British Airways had five times more seats at Heathrow than it at Gatwick, with this gap totaling 37 million seats – its smallest gap since 2014.  British Airways could primarily absorb its Gatwick routes into its Heathrow network from slots given up by other airlines as a result of the very depressed demand environment that may continue for years, together with hardships afflicting other operators.  For British Airways, adding its Gatwick routes to Heathrow would reinforce its Heathrow hub and strengthen its overall Heathrow proposition, even if its Gatwick routes are predominately focused on local traffic.  And, importantly, the move would reduce direct competition on a route-by-route basis, while offering consolidation – on a city-pair and capacity basis – helping to achieve significant cost savings.  After all, its direct competition from Gatwick is significant. 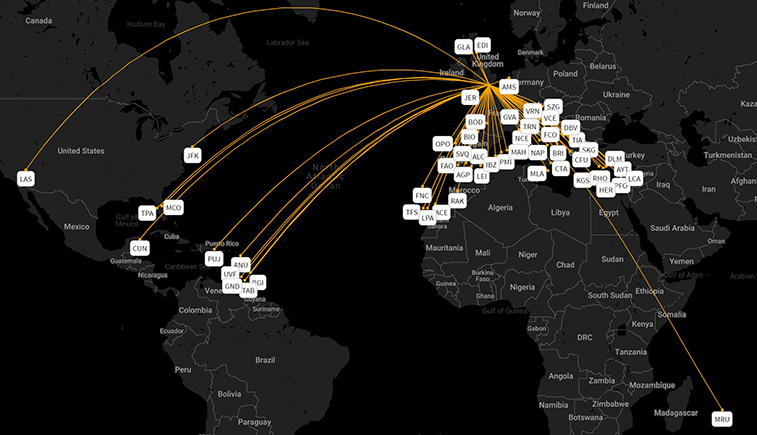 The 54 routes from London Gatwick with direct competition, scheduled for this summer. Source: OAG Mapper.

British Airways has direct competition on 82% of its Gatwick routes

British Airways has direct competition on 54 of its 66 routes from Gatwick.  This is based on the airport’s other core operators – easyJet, Norwegian, TUI, Virgin Atlantic, and Vueling – in summer 2020, so still subject to further changes from coronavirus.  These five competing airlines have 7.8 million seats in direct competition with British Airways. (The pattern would have been very similar had summer 2019 data been used.)

British Airways has a median of two competitors across these 54 roiutes.  Alicante has the most competitors with four, while a handful – Catania, Corfu, Dubrovnik, Malaga, Rhodes, Tenerife South – have three. 21 have one competitor, including, from this summer, Tirana, Albania.  easyJet is due to begin it from 8 May; its three-weekly services will be against BA’s six-to-eight-weekly in summer.

Not surprisingly, easyJet is overwhelmingly British Airways’ core competitor, with 41 head-to-head routes, totaling 5.6 million seats.  This is 48% of easyJet’s summer 2020 total.  Combined, the two carriers have the most seats to Amsterdam, followed by Geneva, Palma, and Malaga.