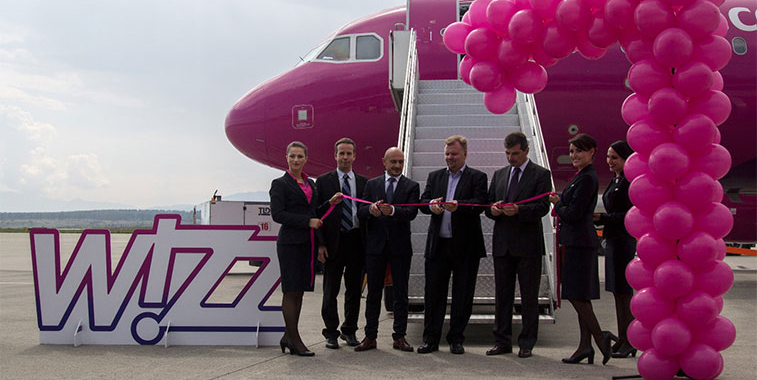 Wizz Air has disclosed that it will begin a new base at Lviv, Ukraine, and start five new routes from there from 1 July. It’ll have one based A320 with 180 or 186 seats.

This means the ULCC will operate 17 routes from the Western Ukraine city this summer, according to the carrier’s website.

Meanwhile, Wizz Air will add two additional routes from Kharkiv, close to the Russian border, for a total of nine.

All seven are year-round and available for booking.  They follow the carrier’s plan to restore capacity to 70-80% of its normal capacity within the next two-to-three months, while expediting plans for Wizz Air Abu Dhabi.

Speaking of the announcement, Hamburg’s Gesa Zaremba, Senior Manager Traffic Development, Hamburg Airport, said: “We are very excited about Wizz Air’s announcement that will add Lviv to the list of routes offered from Hamburg. We appreciate the trust in our market as in these times new route announcements are particularly special.”

All seven airport-pairs are new on a non-stop basis, with OAG Traffic Analyser showing most have existing indirect passengers of roughly 3,000 to 6,000.

This obviously does not consider overland transport, which would be important for, for example, the roughly two million Ukrainians who live in neighbouring Poland.  This explains why Wizz Air and Ryanair have a combined 21 routes between the two countries.

With Wizz Air’s planned capacity on these seven routes and based on its 2019 seat load factor, it expects stimulation of mainly 10x to 20x, depending on the market.

These seven routes come half-a-year after Ukraine said they wish to grow LCC routes from 38% of the country’s total to 63%.

Ukraine’s LCC growth to date has been significant, with virtually five million seats in 2019, a CAGR of 41% since 2015.

Despite this, LCCs had ‘only’ 17% of Ukraine’s seats last year, demonstrating potential future growth. 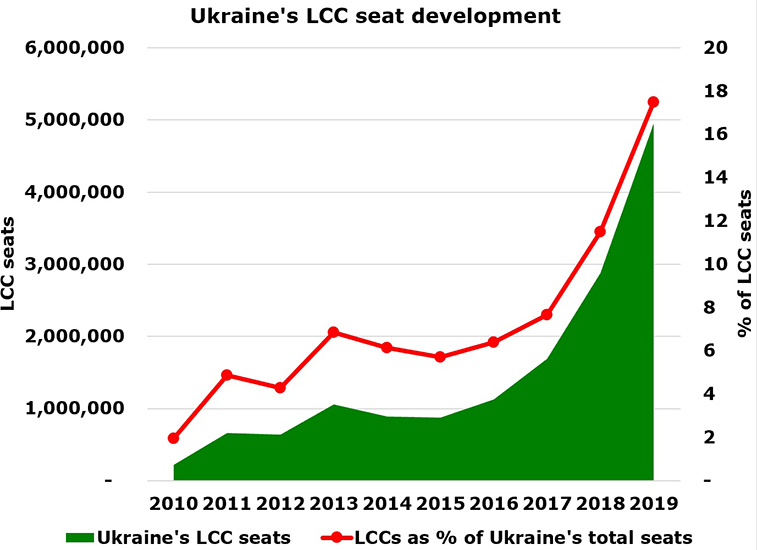 Note: most of the earlier volume was from Wizz Air Ukraine, which ended in 2015. Source: OAG Schedules Analyser.

This summer, Wizz Air has 67 routes available for booking to and from Ukraine.

With two million seats, five Ukrainian cities are served: Kharkiv, Kiev Zhulyany, Lviv, Odesa, and Zaporizhzhya.  Obviously, most of its Ukraine seats – six in ten – are to and from Kiev.

Of country-pairs, Ukraine – Poland is number-one this summer with 29% of its total Ukraine seats, followed by Ukraine – Germany (26%) and, far behind, Ukraine – Austria (7%). 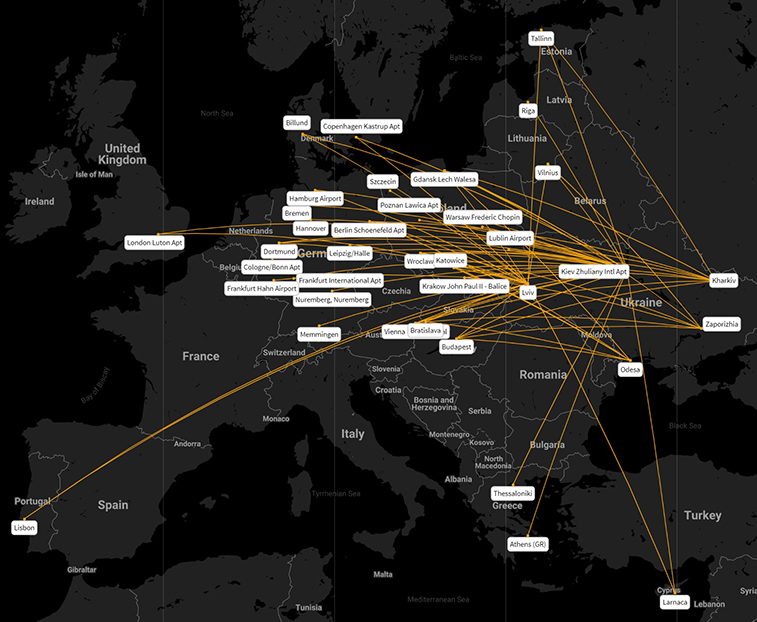