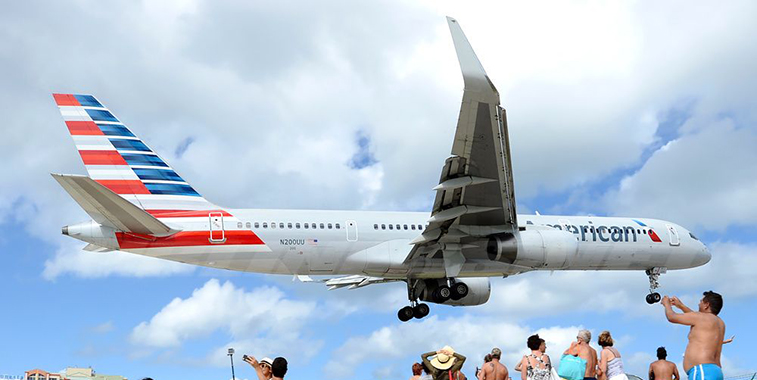 Of the five types that have been retired, the B757 had by far the most seats within American Airlines.

Some, like A330-300s, B757s and B767s, were already earmarked for retirement, yet kept in service longer than expected due to the on-going MAX issue. Meanwhile, the full withdrawal of the E190s were discussed but put on hold to provided needed capacity following the grounding of the B737-8s.

Now, all have been removed, nicely illustrating – as if it were needed – how the coronavirus impact trumps all else.

In 2019, these five types aircraft had just 20 million seats against American Airlines’ total of 265 million.

They represented 8% of the airline’s total capacity, down from 24%, or 34 million, in 2013 – when American Airlines and US Airways merged. 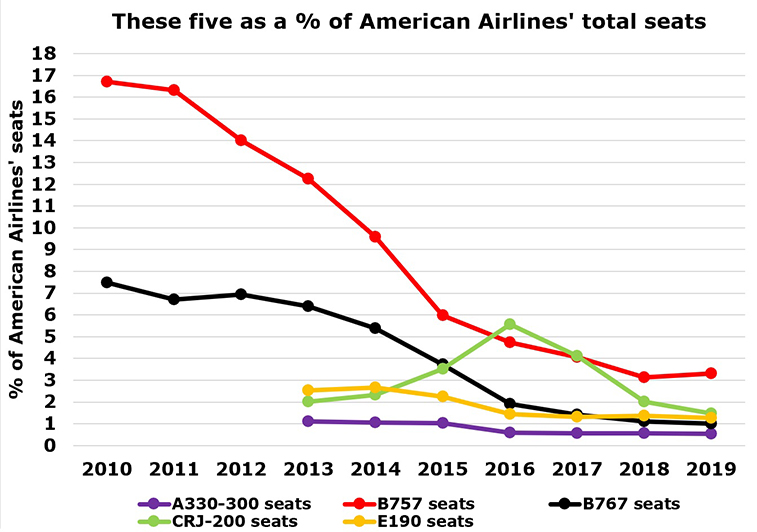 Their end comes as no surprise

Crises offer the ‘perfect’ reason for withdrawing aircraft, laying off staff, cutting routes, eliminating airports, renegotiating with all suppliers, and so on.

Even more so when American Airlines’ Chairman and CEO, Doug Parker, said recently that “never before has our airline, and industry, faced such a significant challenge.”

Survival and refocusing on core

The purpose of the retirements: survival.  But, fundamentally, also for a leaner, meaner foundation on which to build for the future from prioritising, right-sizing, and retreating to core.

The carrier expects to sharpen its core proposition and focus more than ever on it.

When demand begins to return properly and steadily, American Airlines itself will have a simplified fleet based on B737s, the A320 family, B787s, and B777s.  Its B777 fleet will be progressively based on its -300ERs as older -200s are replaced by B787s. 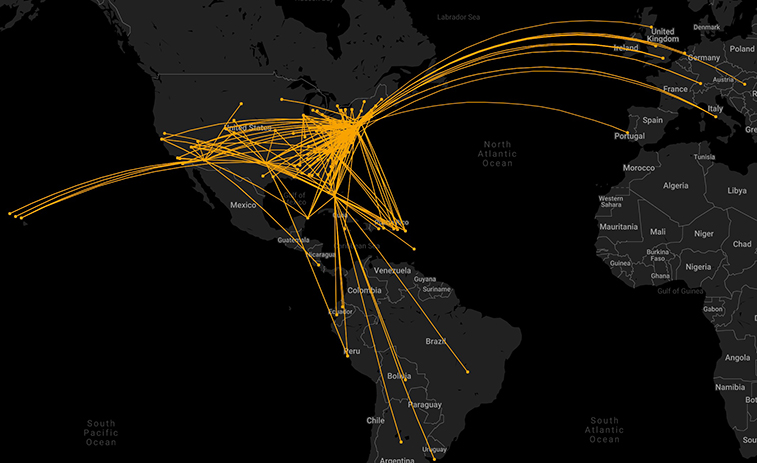 The network of the five types in W19. Each type had particular geographic ‘strength’: A330-300s in Charlotte and Philadelphia from being inherited from US Airways and both hubs being ex-US; B757s were widespread but Dallas DFW was #1; B767s were all about Miami and Philadelphia; Washington DCA was #1 for the CRJ-200s; and the East Coast generally, and Boston, New York LGA, Philadelphia, and Washington DCA, was core for the E90s.

Across these five types, what were the top-five airport-pairs?

In W19, the largest airport-pair, by seats, was Dallas DFW – Philadelphia by its B757s.  This connected two of its key hubs.

Last winter, its B757s were used on a widespread basis across its network, with 85% of its seats deployed domestically. Across its entire network, about 30 routes had 20,000+ B757 seats.

The B757’s top airport was Dallas DFW – as reflected in the airline’s top-five B757 routes – followed by Miami, Philadelphia, and Phoenix.  All American hubs.  Predictably, its top-two inter-state markets were Pennsylvania – Texas and Florida – Texas.