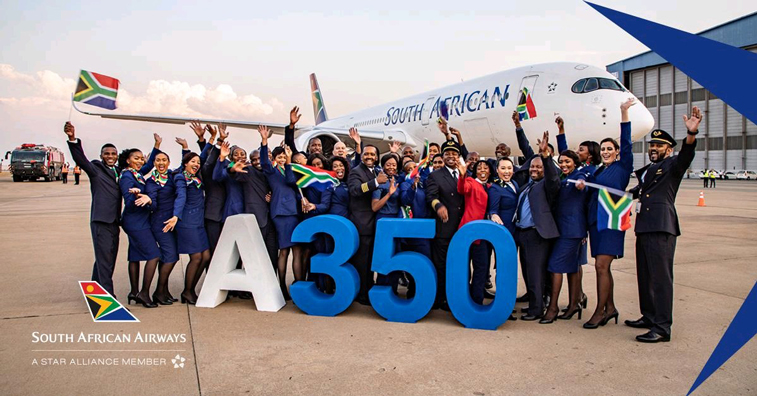 In its place will be a brand-new airline.

This follows the government’s unwillingness to continue to fund what appears to be an endless hole.

While little is yet known of this new carrier, the government hopes that it will be in both public and private hands.  This might work, but only if there is full independence and no government interference.

A difficult – but entirely crucial – ask.

SAA’s existence has been continually peppered by requests for bailouts to ensure its short-term survival given its high debt and unprofitability.

It has flirted with bankruptcy on multiple occasions.

It has had over 20 CEOs in 11 years; many have come and gone amid a variety of allegations.

Many strategies have been submitted to turn the beleaguered carrier around.  However, due to the high turnover of senior management, together with mismanagement, they are not fully or properly implemented. So little changes.

Martin Kingston, a member of SAA’s board, said last year: “SAA competes in a cut-throat industry with razor-thin margins.  There are 50 airlines serving South Africa.”

This is an inevitable conclusion that does not consider the ingrained internal problems.  However, there is truth to it, but it is just one aspect.

After all, last year, seats to/from South Africa by Emirates, Etihad Airways, Qatar Airways, and Turkish Airlines alone amounted to four million – 65% of SAA’s own total seats that year.  (Including SA Airlink and SA Express, it reduces to 40%.)

In 2019, SAA’s total seats – including SA Airlink and SA Express – totalled just under ten million.  This was not helped by its strike that year.

Meanwhile, seats by SA Express fell by 56%, and 1.3 million – counterbalanced by SA Airlink adding 1.2 million.  SA Express, another carrier suffering financially, ended all operations in March this year.  It is not expected to restart. 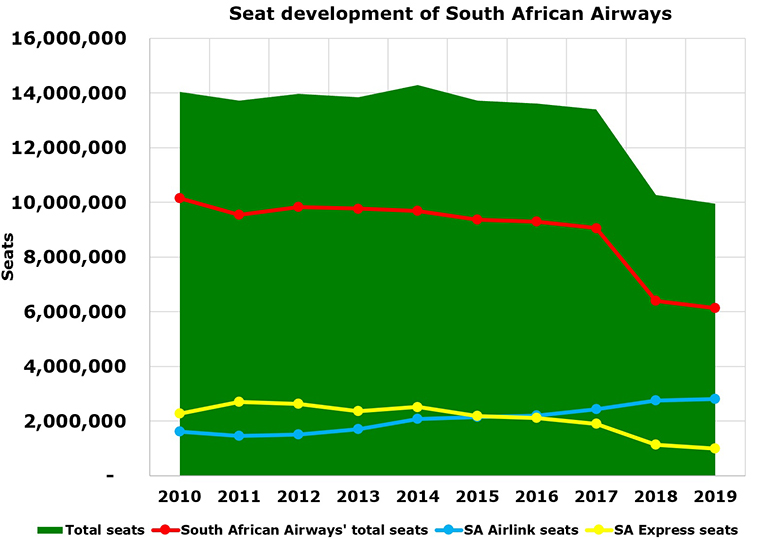 SAA’s continual decline is mainly from falling seats within the domestic market, which reduced by 43% between 2010 and 2019  – versus ‘just’ 9% internationally.

As such, its domestic market share has fallen from 45% to 20%.  This clearly raises the question of the carrier’s role within South Africa, especially given the increasing penetration of LCCs, including its own lower-cost unit, Mango.

SAA’s domestic reduction was offset by Mango, whose domestic seats exceeded its parent – and the regional units – last year: 4.6 million against 4.5 million. 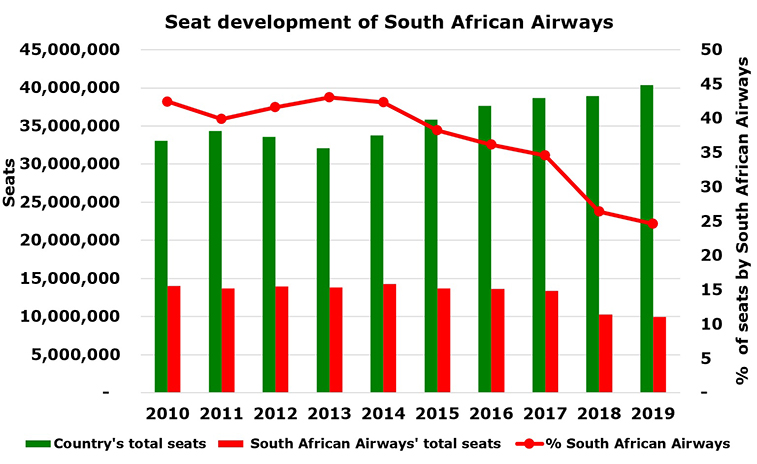 There is no doubt that drastic action is long overdue at SAA.  Closing it down and starting entirely afresh makes considerable sense, as in the case of Swissair. But only if the same mistakes are not made again.

It should be run fully independently and without government involvement.

It must have a fully clean balance sheet without any of its predecessor’s significant debts. And it must be fully responsible for keeping it clean, without the prospect of government bailouts that acts as continual protection from competitive reality.

For this ‘independence’ to work, it must only keep the most competent staff, and implement a proper, logical business plan without continually changing it.

It should focus on the core domestic market and intra-Africa markets, which is where the carrier has often made money. Long-haul has traditionally been a financial disaster for SAA, especially coupled with A340-300s and -600s.  Primary long-haul markets could be served if they are right-sized and with highly fuel-efficient aircraft on favourable terms.  It should focus more on codeshares for long-haul and only operate routes that truly contribute.

While anna.aero is extremely pro-competition and does not like restrictions, there is an argument for reducing access to South Africa by others, especially the MEB3.

Strict market access is one of the reasons for the strong and continued performance of Ethiopian Airlines. In 2010, Ethiopian Airlines had 2.6 million fewer seats than SAA.  By 2019, it had 17 million more.  And the government-owned carrier is given the independence to get on with it.

SAA’s past must truly be left behind, or the same things will happen again – and again. 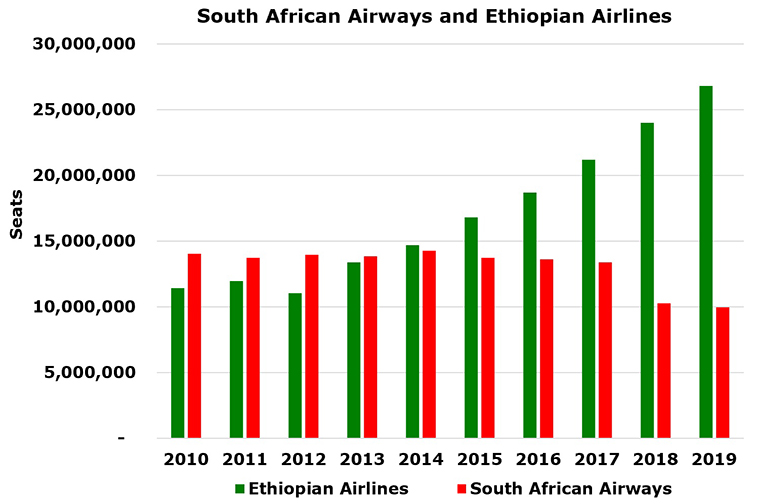 Including SAA’s own seats and those of its two regional units. Source: OAG Schedules Analyser. 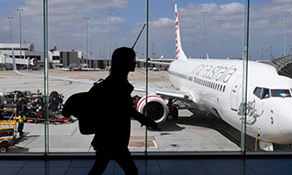