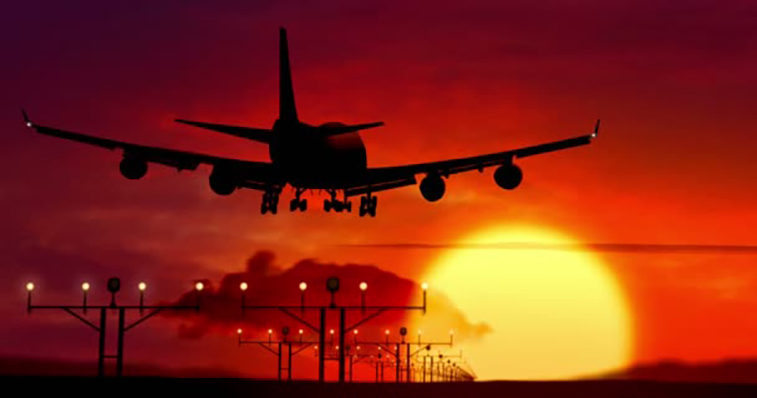 Virgin Atlantic has today said that it will not resume its London Gatwick service post-coronavirus.  This will end 36 years at the airport.

The carrier’s CEO, Shai Weiss, told staff that: “To safeguard our future and to emerge from this crisis a sustainable business, now is the time for further decisive action.” Current cost-cutting and support hasn’t been enough.

It seems that Virgin Atlantic will, instead, focus only on Heathrow.  The reinforcement of its Heathrow offering will further strengthen its presence there, while enabling cost reductions from its streamlined London operation.

Virgin Atlantic’s announcement follows British Airways saying that it may end its Gatwick operation, with the carrier having direct competition on 82% of its routes.

Virgin Atlantic ended 2019 with six million seats, virtually identical to its volume in 2010.

With effectively zero growth in this period, increasing load factors and revenue per passenger become the only real way to grow revenue, an arguably dangerous strategy.

London Gatwick has typically had around one-quarter of its London seats, although it fell to 22% in 2019, its second-lowest in a decade.

Its 2013-2015 capacity peak, at Heathrow, was the result of its Little Red attempt at domestic service to Manchester, Edinburgh, and Aberdeen. 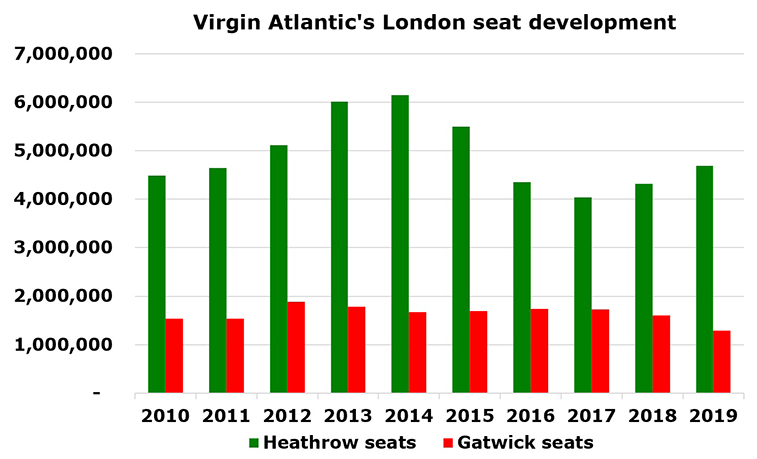 St Lucia, meanwhile, will end next month and not be moved over.

This coming August, and clearly subject to further change, Virgin Atlantic’s Gatwick network comprises seven destinations, as follows. All but Tobago and Grenada are non-stop, and all have direct competition.

With its Gatwick decline, parts of its network moving to Heathrow (Havana and Las Vegas), new and resumed routes at Heathrow over the past couple of years (Cape Town, Mumbai, and Tel Aviv), its planned fleet reduction, a boosted British Airways, and now the impact of the coronavirus, it is perhaps inevitable that it would end its Gatwick operation in favour of one London airport.