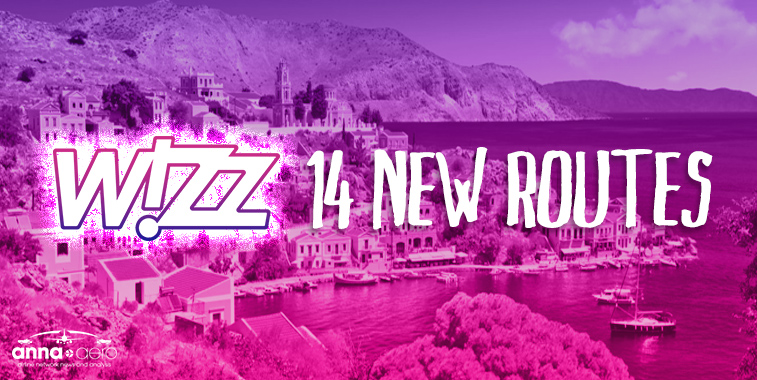 Wizz Air has revealed 14 new routes from this July for a total of 37 weekly frequencies. All are from its London Luton and Vienna bases, its largest and fifth-largest base respectively.

And all but one route has direct competition. With these new services, Wizz Air will compete directly with Lauda on 31 of its 57 Vienna routes.

In further proof of its diversifying route network from Western European cities, Greek islands – and other tourist destinations – feature heavily.  Unlike other countries, Greece says it expects to reopen to tourists from this July.

These 14 new routes come a week after it announced 12 others: five from Lviv and a new base there; two from Kharviv; and its first five from Abu Dhabi.  (Its initial Abu Dhabi routes will be as predicted by anna.aero on 24 April.)

Faro rejoins Wizz Air’s network this year, and is its third in Portugal. Its new London Luton – Faro service will be joined from 21 July by Vienna – Faro, which was announced in January.

Meanwhile, Bordeaux, Frankfurt International, and Lamezia Terme have been cut from its network this year.

London Luton’s seats to these six destinations after Monarch

Wizz Air’s London Luton routes are possible from the end of various others, including Bergen, Ljubljana, Kutaisi, Oslo, Prague, and Stavanger.

Despite the end of Monarch and TUI’s general decline at London Luton, seats to these six destinations have more than passed what they used to be. 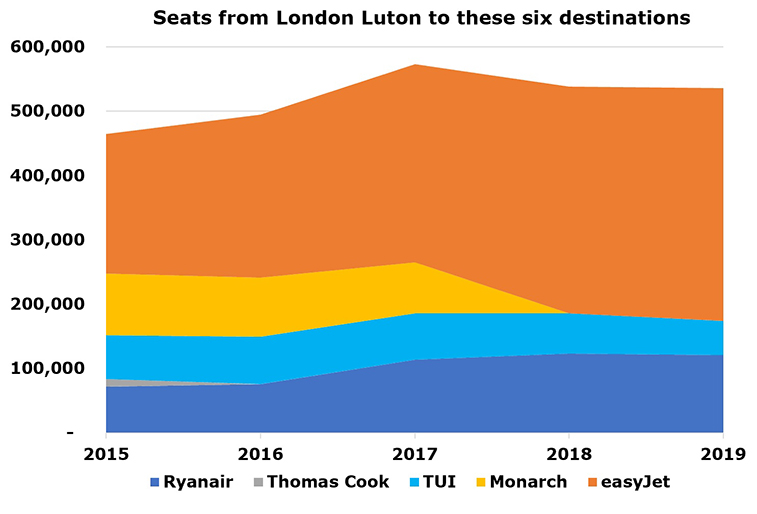 The appeal of Greek islands from high performance and high leakage

It is, of course, offset by very summer-seasonal demand: Wizz Air will only operate for two months, partly from its late start, and, depending on the Greek airport, often significant peak-time slot restrictions, at least during normal times.

The UK CAA Passenger Survey suggests that 65% of London’s Corfu passengers were leaked from Luton’s catchment, together with 79% for Rhodes, 82% Heraklion, and 82% Zakynthos. 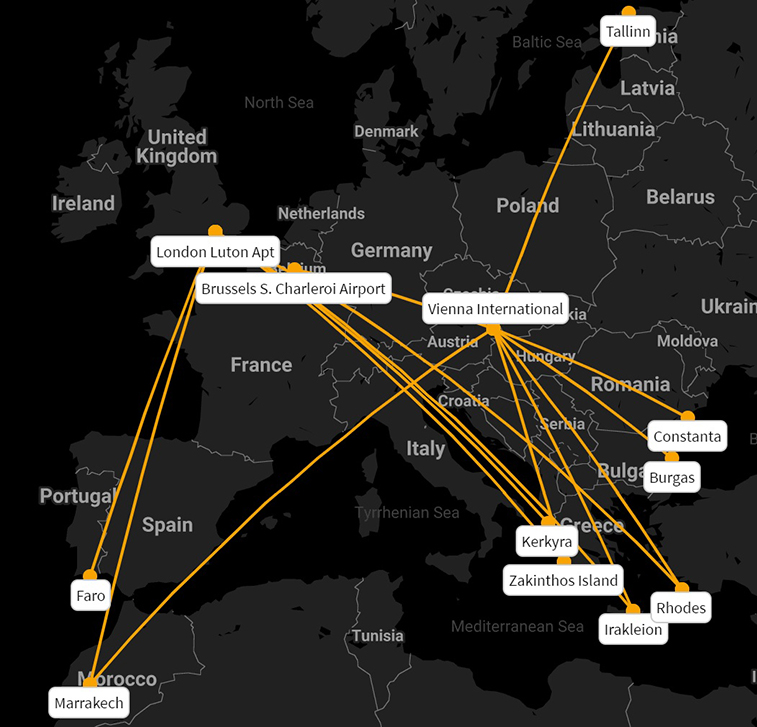