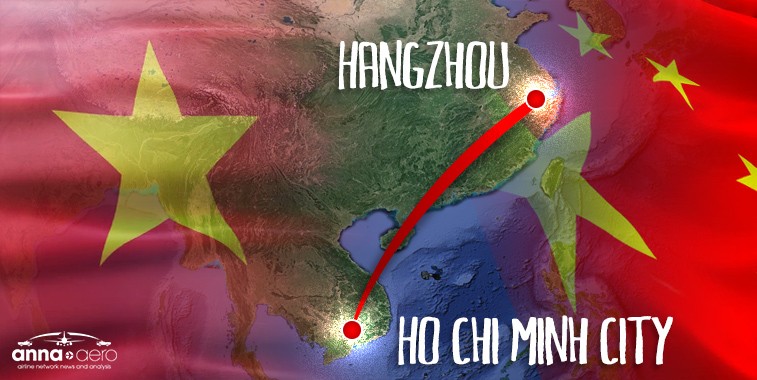 Vietnam Airlines has announced its next destination in China: Hangzhou.

Hangzhou has around 10 million people, rising to 23 million at metro level.

43,000 passengers travelled between the cities, OAG Traffic Analyser shows, with an average one-way fare – excluding 20%+ fuel surcharge each way and taxes – of USD$133.

Looking at OAG’s Bank Structure, there are no two-way connections over Ho Chi Minh City because of its 0015 arrival.  It is therefore purely for the local demand, probably especially inbound to Vietnam.

This country-pair has grown strongly in the past few years, with a CAGR of 16% since 2010 – but clearly from a reasonably low base. 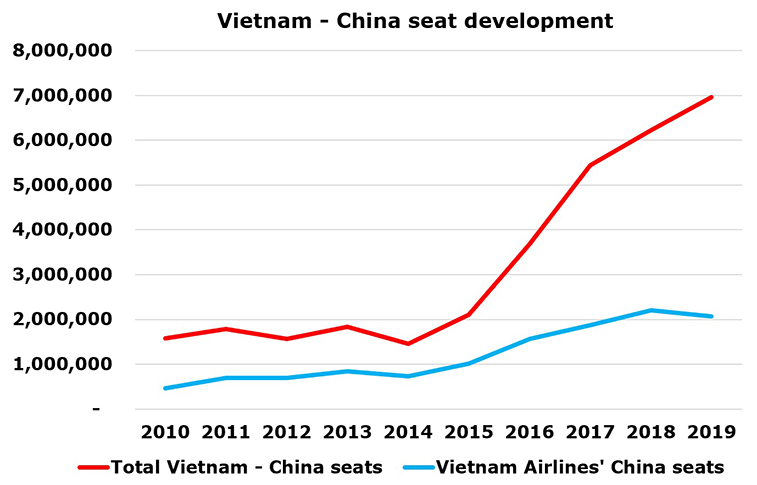 The main reason: the considerable growth of Nha Trang, an important Vietnamese destination for tourism.

Qingdao or Ningbo next from Ho Chi Minh City?

Qingdao is the largest market on a pre-stimulated basis, but also the longest.