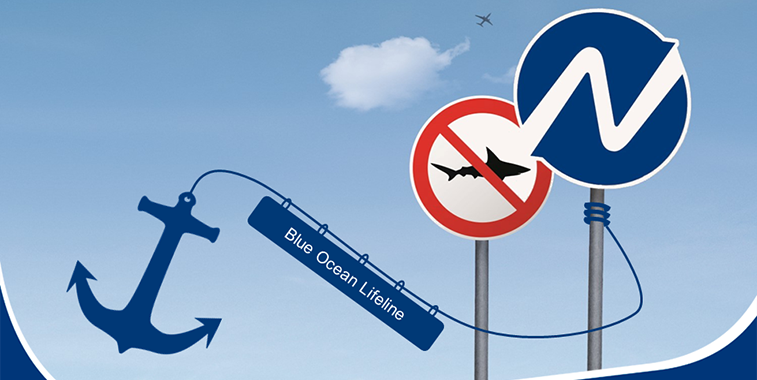 Nuremberg has unveiled its new incentive scheme to support airlines in the recovery period following COVID-19.

Entitled Blue Ocean Lifeline, the airport’s new scheme gives discounts of up to 95% based on seat load factor.

After all, it is expected that airlines will have to block out the middle seat of each row, with social distancing clearly greatly affecting airline costs and revenue generation.

Its new scheme is therefore designed to help redress the balance. For example, one rotation by an A320 with a 65% SLF will be discounted by more than 40%.

The airport, Germany’s tenth-largest by seats, saw all of its movements suspended as a result of coronavirus.

Now, it seeks to assist airlines in the extremely tough market environment, which will inevitably exist for the foreseeable future.

Nuremberg had 5.3 million non-stop seats last year. Its 189-kilometre link to Frankfurt was its number-one route by seats because of Lufthansa’s significant onward connectivity.  Interestingly, OAG Traffic Analyser shows that Berlin Tegal was its leading destination over Frankfurt, followed by London Heathrow and Milan Malpensa. 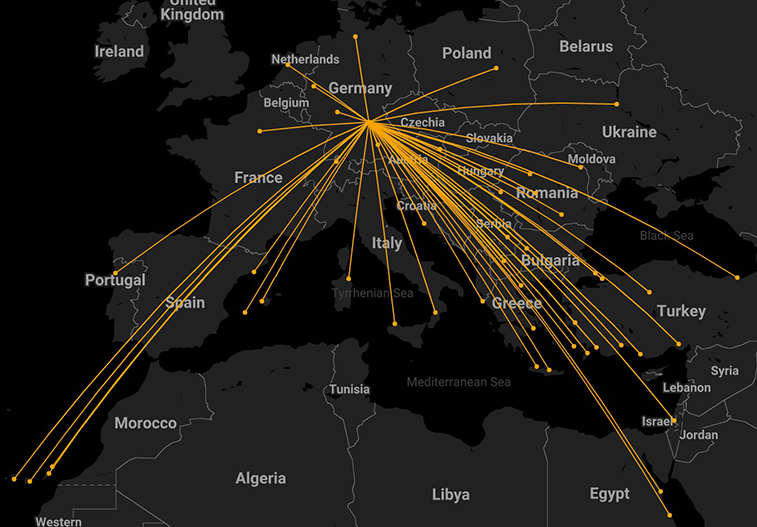 Support for industry players crucial if it makes sense

Support for airlines has come from countries, airports, and other bodies. For example, Norway’s Avinor, which owns 44 airports across the country, cut fees, while IATA suspended its ‘use it or lose it’ slot rule for summer 2020.

The question is not if aviation will pick up again, but when. And where it makes sense, support must be given to the industry’s multiple players.