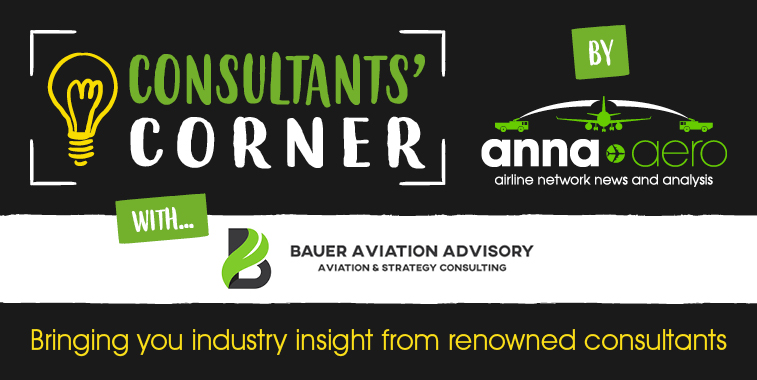 Linus Benjamin Bauer, Managing Consultant at Bauer Aviation Advisory, presents some key findings about why ultra-long-haul could become an emerging business model in the post-COVID19 era. And why Qantas, an existing ULH operator, could benefit more from it in the post-pandemic period.

The current COVID-19 pandemic with its unique dynamics has resulted in a near-complete shutdown of the world’s travel industry. And its impact on the aviation industry has been much more severe than previous crises, e.g. 9/11, SARS outbreak, and the global financial crisis.

During coronavirus, many airlines worldwide, including El Al Israel Airlines and EgyptAir, came up with unusual ultra-long-haul repatriation flights. In other words, the pandemic has provided a testing ground for some airlines to test the operational performance and capabilities of possible ULH flights in the future. El Al, for example, now plans a non-stop link between Tel Aviv and Melbourne, a distance of 13,736 kilometres. 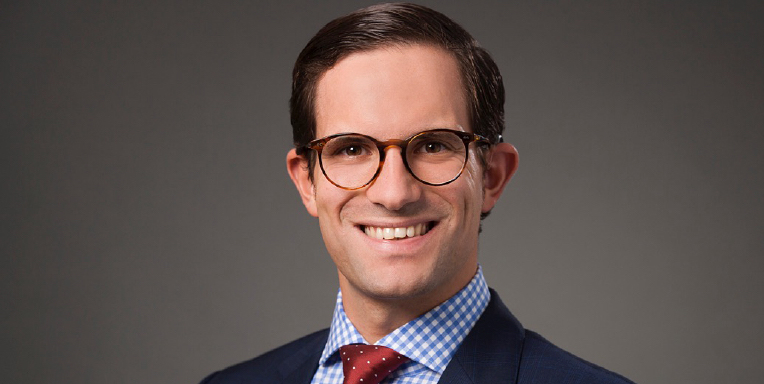 Linus Benjamin Bauer, Managing Consultant at Bauer Aviation Advisory and Visiting Lecturer in Air Transport Management at the City University of London. “With respect to Qantas’ recent decision to postpone Project Sunrise, there will be no ‘business as usual’ approach to the restart of the ultra-long-haul operations in the near future. However, it mostly affects its future A350 orders and innovative ultra-long-range routes such as Sydney-London and Sydney-New York.”

As a ULH operator between Perth and London Heathrow, Qantas positions itself in the premium market segment by charging higher fares for its 1,4,499-kilometre service. It is, after all, a premium product.

Heathrow’s attractiveness due to its high proportion of premium passengers and long-haul routes also helps to increase fares.

Qantas’ launch of Melbourne – Perth – London Heathrow in 2018 exceeded all expectations to date by capturing a significant market share of 24% on the Perth – London market (by flown passengers) in the first year of its operations.  It has claimed its average seat load factor exceeded 90% and it achieved the highest net promoter scores across Qantas’ entire network.

The famous Kangaroo Route between Australia and the UK is one of the world’s most competitive air corridors where Qantas competes with multiple carriers offering one-stop products.

The option of bypassing hubs in outbreak areas can be considered as one of the additional drivers of demand for such premium services, driven by the fast-changing customer behaviour of health-conscious customers. 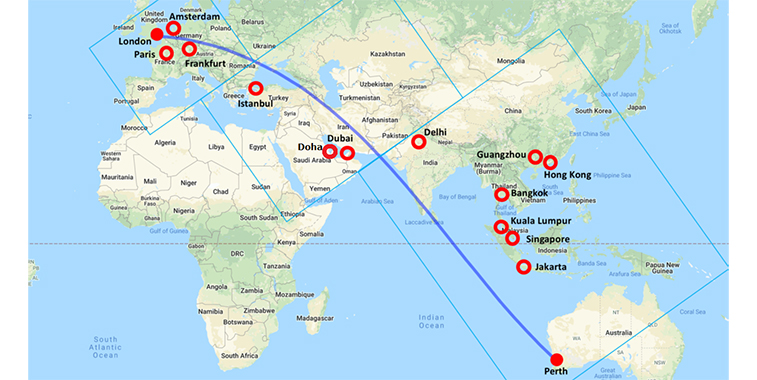 It could also mean the economics of hub-and-spoke operators at international hubs along the Kangaroo Route could be reduced, although this argument has been around for many years.

The implementation of additional health safety-related measures, such as the installation of health screening facilities in addition to existing safety checkpoints for connecting passengers could cause larger complexity and thus increasing costs for airports, airlines, and potentially passengers.

The COVID-19 crisis has also triggered the earlier-than-planned phase-out of many older and/or larger aircraft, e.g. B747-400s and A380s, in favour of newer aircraft with longer-range capabilities, a lower cabin density, and much better fuel-efficiency.

This could lead to new market opportunities for FSCs, like British Airways, with its premium-heavy configuration on its 787s to bypass hubs on key or thinner premium routes.

It is not just the development of efficient aircraft with the right economics that enables thin routes to be profitable again. Future consolidation and JV partnerships may also lead to a greater decentralisation of networks, a higher proportion of point-to-point traffic, and an increase in domestic/continental feeder traffic.

Perth: a “safe gateway” to Australia

After the launch of Qantas’ non-stop London service, Perth became an increasingly important and viable gateway for ULH operations between Australia and the UK.

Perth’s geographical location is one of the key advantages for the establishment of a hub in Western Australia, the so-called ‘door to Australia for Europe’, by providing a large domestic network for feeder traffic into and out of Perth. 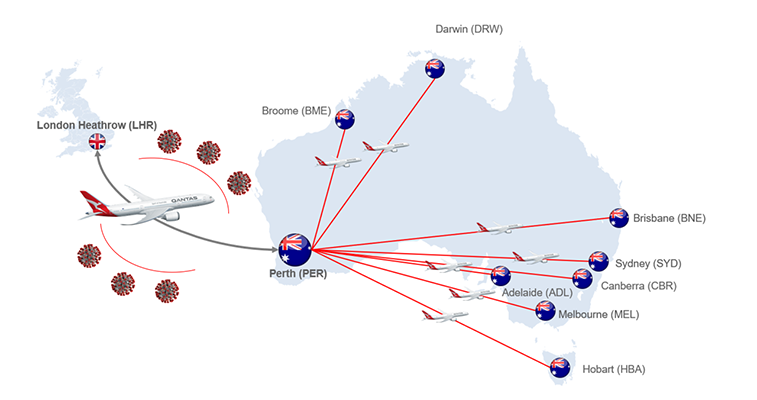 Having a large and diverse domestic market is one of Qantas’ key competitive advantages.

Perth – London may be one of the first routes reactivated in Qantas’ international network. However, the establishment of a ‘UK – Australia travel bubble’ largely depends on the development of the severity and spread of COVID-19 in both countries in the upcoming months.

In the next 24-36 months, the majority of health-conscious (premium) travellers will favour non-stop flights more than one-stops via Southeast Asia or the Gulf.  This may lead to a possible higher willingness-to-pay in all cabin classes and thus an increase in demand for additional Perth – London service, e.g. routing Sydney – Perth – London alongside Melbourne – Perth – London.

Outlook: ultra-long-haul flights in the near future

With respect to Qantas’ recent decision to postpone Project Sunrise, there will be no ‘business as usual’ approach to the restart of ULH operations in the near future.  However, new opportunities for Qantas could arise from the COVID-19 crisis.

We may see the launch of new ULH routes between Australia and Europe, such as Perth – Paris CDG, and the United States, with Brisbane – Chicago ORD set for this September.

Alongside high-yielding routes, which by definition are difficult to achieve, this would be driven by factors including:

Although there are few ‘golden opportunities’ out there for other airlines, the ULH sector remains a niche market with limited realistic opportunities in the post-COVID19 era.

Together with the oil price uncertainty in the near future, the state of the relevant economies after the current pandemic remains one of the threats to the viability of ULH operations, given high yield traffic evaporates in a recession. 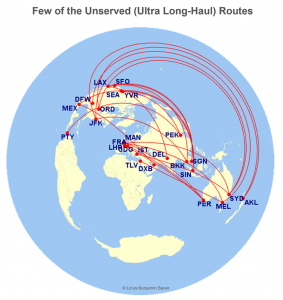 This article was brought to you by Linus Benjamin Bauer. See him here.