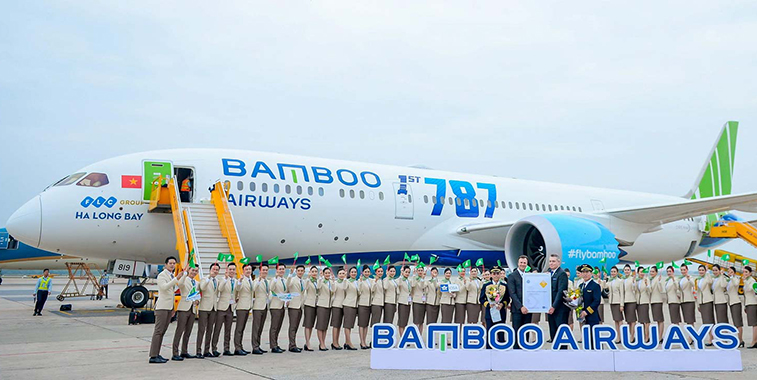 Bamboo Airways has said it will launch its first Vietnam – US route at the end of 2021 or the beginning of 2022.

This is not the first time that the carrier has mentioned its intention to serve the US: it had previously considered beginning it in Q1 2020 using leased aircraft.

But unlike then, it now has its first three B787-9s, which are – for now – primarily operated domestically, clearly sub-optimally.

Its first – and currently only – long-haul service, Hanoi – Prague, begins on 25 October, pushed back from March and reduced in frequency because of COVID-19. It will be operated twice-weekly using its two-class, 294-seat B787-9s.

Vietnam – USA is an important country-pair…

Over 900,000 people flew between Vietnam and the USA last year, according to OAG Traffic Analyser.

Ho Chi Minh City is by far the key Vietnamese city for US traffic.

Ho Chi Minh  – Los Angeles was the largest unserved market, with 193,000 local passengers.  San Francisco was next, with 137,000; adding San Jose, with the most Vietnamese diaspora in the US, the Bay area increases to about 145,000.

There is no denying the size of the total market, yet there are no non-stops or through-service even after the FAA granted a Category 1 rating to the Civil Aviation Authority of Vietnam last year. 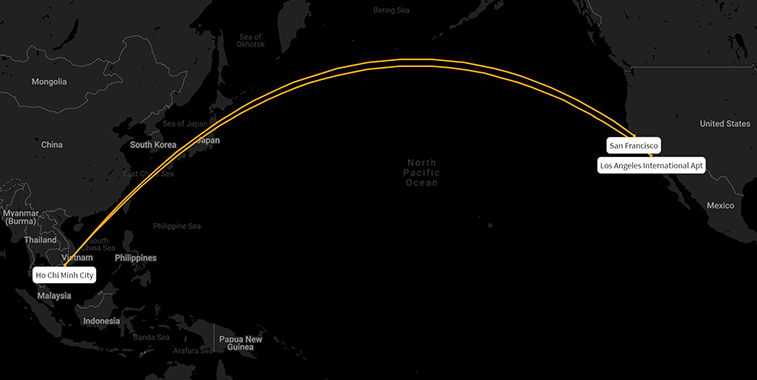 These are the largest markets between Vietnam and the USA.

Passenger volume is not the problem

The problem is not passenger volume, even pre-stimulation from non-stop service. The problem is average fares in themselves and in relation to distance.

Ho Chi Minh – Los Angeles is a distance of 13,146 kilometres, slightly longer than Dallas Fort Worth – Hong Kong.  It had an average one-way fare of $421 last year, excluding fuel surcharges (add 20%+ each way, kept by airlines) and taxes.

In contrast, Ho Chi Minh to Seoul Incheon – a large, highly competitive market with six airlines – had an average fare of $184 for 3,555 kilometres.

Los Angeles is 270% farther than Seoul, yet Los Angeles had a 38% lower fare per kilometre.

Outside of Vietnam, Taipei – Los Angeles had an average one-way fare of $562.

Los Angeles is 20% farther from Ho Chi Minh than from Taipei, yet the Vietnamese city had a 37% lower fare per kilometre. 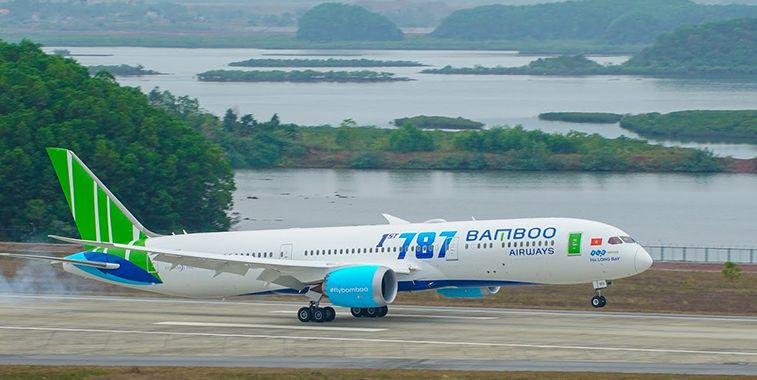 Bamboo Airways, a self-described hybrid airline, is – and will likely always be – a predominately domestic operator, and it expects a 30% share of domestic seats by the end of this year.

Big questions remain over its hybrid strategy, especially in a market of hyper-competition where 55% of seats now are by LCCs. The impact on yields is obvious – exactly what a full-service, or indeed a hybrid, airline does not need.

Bamboo Airways has expanded very quickly, which is at least understandable given its late market entrance within the very fast-growing Vietnam market.

It now has a fleet of comprising the A319, A320ceo, A320neo, A321neo, and B787-9, all after 16 months.  There is at least commonality between the Airbus aircraft and, of course, the ability to right-size capacity with demand.

It is crucially important that Bamboo Airways does not overstretch itself with all the potential problems that would result in. It is trying to do many different things all at the same time, which can be deadly.

Does the USA make sense?

Bamboo Airways should grow quickly yet sensibly while prioritising international expansion in markets that are unserved or with minimal competition and that have sufficiently high yields.

It should avoid routes that may look superficially ‘attractive’, and instead focus purely on those with strong potential performance.  This may rule out the USA, even with highly fuel-efficient B787-9s.

However, if it does insist on the USA, Los Angeles is the larger unserved, non-stimulated market versus San Francisco, and it also has a higher average fare.  The two are effectively the same on a per-kilometre basis, so Los Angeles gets anna.aero’s vote.