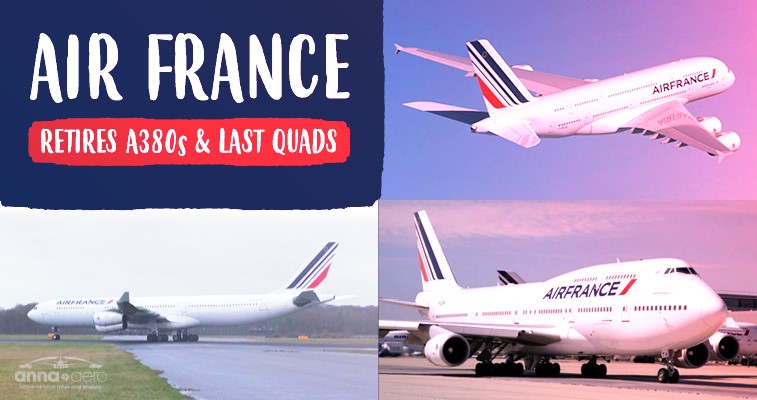 Air France has immediately and permanently retired its A380s, which had an average age of just nine years.

Yesterday, Lufthansa also confirmed the fate of its 14-strong A380s. Post-COVID-19, 50% will be permanently phased out, more than previously advised.  Its remaining seven will operate exclusively from Munich. 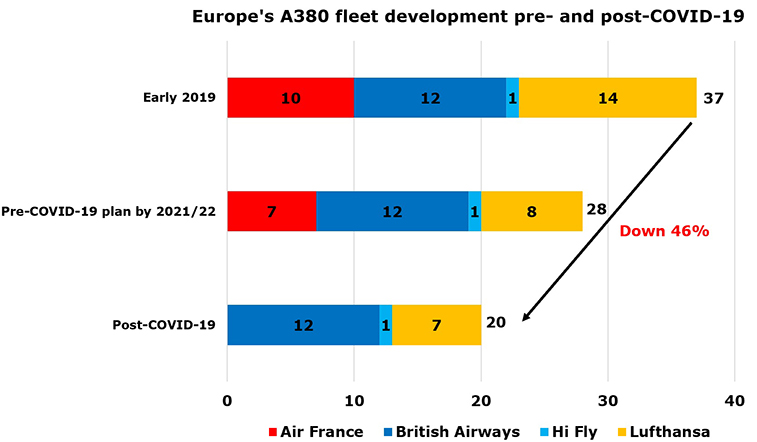 For Air France, the end was already in sight

Air France had already begun to gradually remove its A380s and expected the end to come in 2022.

A few years ago, it had planned to retrofit them because of sub-par hard products, especially in premium classes, and the obvious competitive difficulties arising from this.  Clearly, it decided that the benefits did not outweigh the €200-225 million investment.

That decision was proven correct by COVID-19, the sheer drop in demand, and the ability to rethink everything.

Air France is moving away from its extremely complex fleet…

Other factors help to explain Air France’s decision to phase out its A380s, including:

Air France has always had an extremely complex fleet.  Complexity also comes in the shape of multiple cabin configurations. 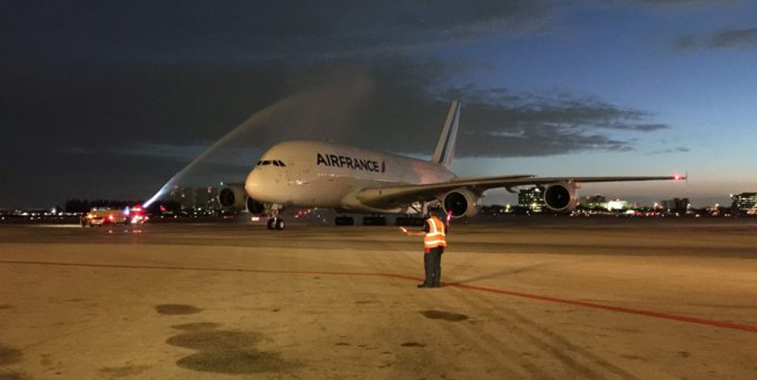 … strongly aided by no more quads

Air France’s fleet simplification process was aided by the withdrawal of its B747-400s in 2016.

It expects to formally cease operating A340-300s next year, which would mark the end of its quads – a very good decision, economically-speaking.

In reality, it is extremely unlikely that its A340-300s, which are currently parked, will return to service.  They have effectively been phased out already.

What is interesting is that its A380 seats have broadly increased yearly, albeit very shallowly.  Its 2019 growth, up 7% YOY to 2.7 million, was driven by new A380 routes: Paris CDG to both Atlanta and Dubai. 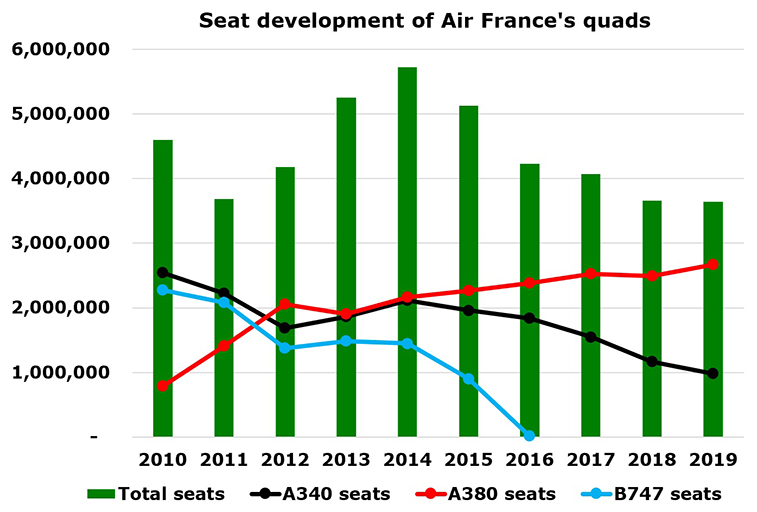 The A380 operated 11 routes last year

The dominance of the A380 was likely from both its capacity requirement and slot constraints at JFK.

An airline with sub-par hard product(s) within its fleet should logically deploy them on routes with no or little direct competition, especially if competitors also have weak products.  An exception could be if it is so dominant it would make comparatively little difference in terms of competitiveness.

Despite seven direct competitors to New York, and the choice and price competition that means, Air France had multi-era cabins in the market.

This product inconsistency clearly reduced its overall competitiveness, with higher costs too.

With new aircraft coming online, and more aircraft being retrofitted together with multiple other changes, it’ll be interesting to see if Air France’s core profit margin matches KLM’s – its key intention – by 2024.

Air France’s 11 routes that were operated by the A380 last year. Source: OAG Mapper.