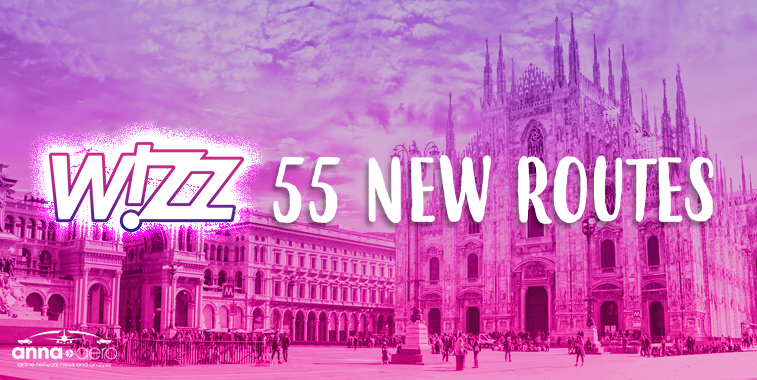 Aircraft for these bases come from aircraft being reduced across 14 existing bases.

Salzburg, a new airport for Wizz Air, will have six new routes, while Luton, the carrier’s largest airport by seats, will see four.

These 55 new routes join a further 26 announced last month, including 14 from Luton and Vienna, for a total of 81 new routes.

These 55 routes will have 195 weekly frequencies and a median of three-weekly in their initial week of operation.

11 will begin with at least a daily service, including Larnaca to both Athens (nine weekly) and Thessaloniki (daily).  Malpensa – Luton starts once-daily but later increases to twice-daily.

At 51%, just over half of Wizz’s new routes will have no direct competition, primarily from Tirana, Larnaca, and Salzburg.

Tirana – Hamburg is interesting. With strong indirect demand (13,000) and high search volume (71,000), it was unserved. However, this year both Albawings and Wizz Air will operate it.

Wizz Air still finds unserved and underserved opportunities to, from, and within Central and Eastern Europe, for example, Salzburg – Skopje. And it probably always will.

For faster growth, however, there is now a big focus on intra-Western Europe and sun-and-sand routes, especially to Greek islands and to Spain.

Luton, for example, will have new routes to Fuerteventura, Lanzarote, Malaga, and Palma.  The London airport has strong leakage to these destinations from its catchment, and capacity to them has collectively not yet recovered following Monarch’s end.

Almost all of Wizz Air’s new routes start next month

Milan Malpensa is easyJet’s third-largest base by seats this year, after London Gatwick and Geneva.

Wizz Air and easyJet will now compete directly on 12 routes from Malpensa: the seven in the table and also Krakow.

It’s no surprise that easyJet’s response – increased frequencies and price cuts – has been swift.

For summer 2021, so still a year away, easyJet is reportedly to add 47 more weekly frequencies – 55% up on this summer – to the destinations to which it’ll directly compete with Wizz Air.

Malpensa – Luton: from 10-weekly to five-daily?

The impact on traffic, clearly at the expense of yields, will be dramatic, and reminiscent of the battle between easyJet and Ryanair on Luton – Copenhagen.

Meanwhile, easyJet is undercutting Wizz Air on various routes.  Malpensa – Santorini, for example, is available with easyJet for just €14.49 in mid-August – against €29.99 with Wizz Air.

With easyJet’s dominance at Milan Malpensa but Wizz Air’s lower unit costs and lower average fares, it’ll be interesting to see who wins, aside from customers. 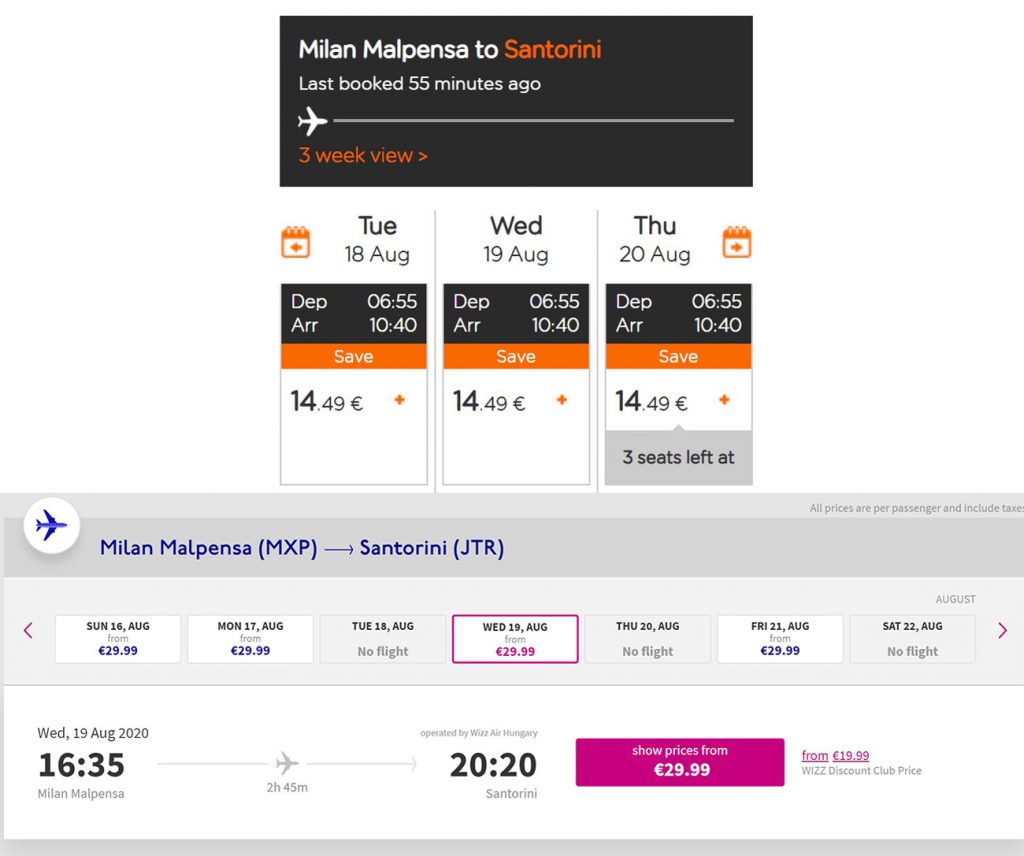