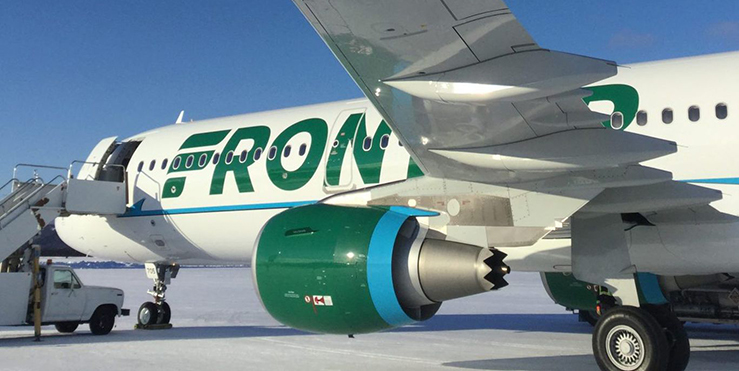 Frontier is to start three new routes from Philadelphia – Boston, Chicago O’Hare, and Phoenix – meaning it will operate 27 routes from the airport.

Phoenix will be Frontier’s second-longest route from Philadelphia

At 3,340 kilometres, Philadelphia – Phoenix will be Frontier’s second-longest route from the Pennsylvania airport, after Las Vegas.  It will compete with American Airlines between two of its hubs.

Frontier is now a big player at Philadelphia

Frontier has grown very strongly at Philadelphia, ending last year with almost 2.5 million two-way seats – up 26% YOY and nearly a million over 2017. 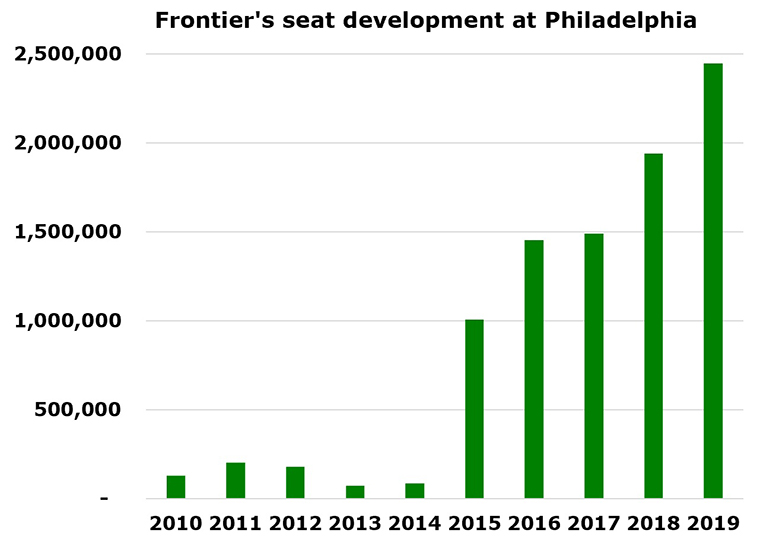