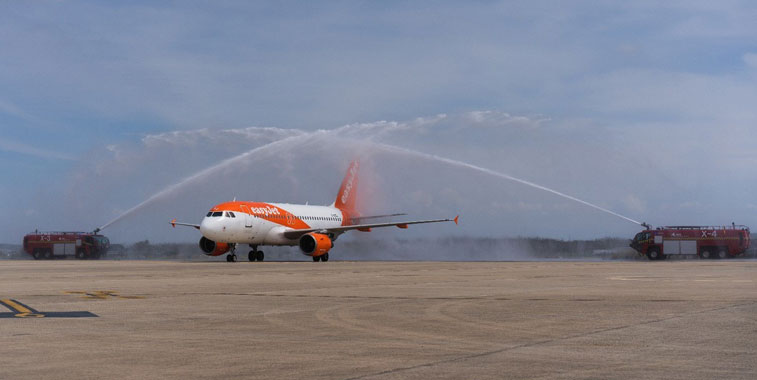 easyJet has today announced six new routes for summer 2021 from London Luton, the location of its head office, its first airport, and its fourth-largest airport by seats last year.

These six routes – and a raft of frequency increases – are effectively its response to Wizz Air’s growing presence at Luton on routes that are, traditionally, easyJet’s bread-and-butter.

After all, no airline would otherwise reasonably start Zakynthos with a once-daily service, although a lot may change between now and S21.

Five routes will be served this current summer by Wizz Air, with three – Fuerteventura, Marrakesh, and Zakynthos – announced by Wizz Air in the past few weeks. Marrakesh will be operated by Wizz Air from October.

easyJet will also add a total of 49 weekly frequencies to 11 existing routes in S21 versus S20.

Milan Malpensa’s 52% increase in weekly frequency to 28 is because of Wizz Air’s new Malpensa – Luton service from the ULCC’s new base at Malpensa.

easyJet will more than double its weekly frequencies to the Greek destinations of Heraklion, Rhodes, and Thessaloniki.  Alongside its new daily Zakynthos service, its obvious desire to protect such routes perhaps further indicates the significance of Greece for easyJet’s profitability.

What will be cut?

Given Luton’s lack of capacity, which effectively means no meaningful growth until at least 2022/2023, it will be interesting to see what route cuts and/or frequency cuts take place to enable this development.