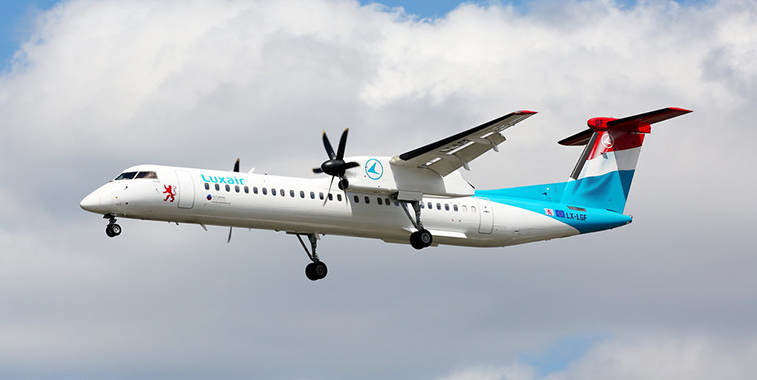 All four services start within the next month and run will until mid-to-late September.  At 747 kilometres, Luxembourg – Bordeaux will be its longest route of these four.  All will be operated by 76-seat Dash-8-400s.

“I am very pleased to see that Luxair will – for the first time ever – serve Bordeaux.

Bordeaux has many well-known attractions that convinced Luxair to launch this route. The high quality of life; the high standard of touristic sites of our region, some of them prehistorical; the culture of gastronomy developed around our Bordeaux wine; and 200 kilometres of ocean beaches.

In addition, our Bordeaux region has been one of the least touched by the coronavirus crisis in France and in Europe and I note Luxair’s positive reactiveness to create a new operation to a region that offers a great quality-safeness ratio.” 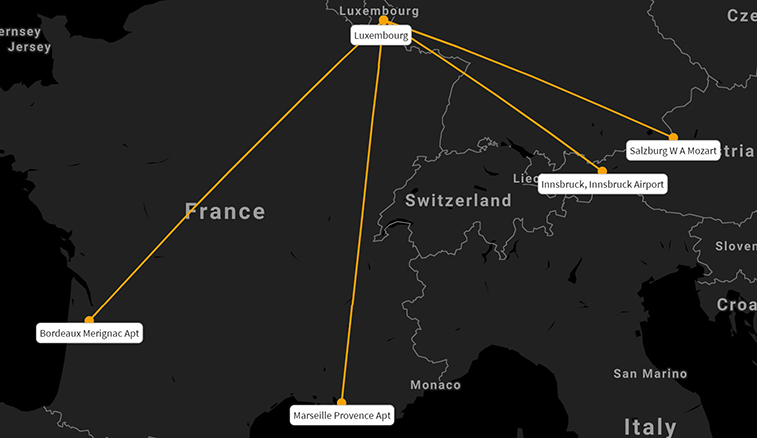 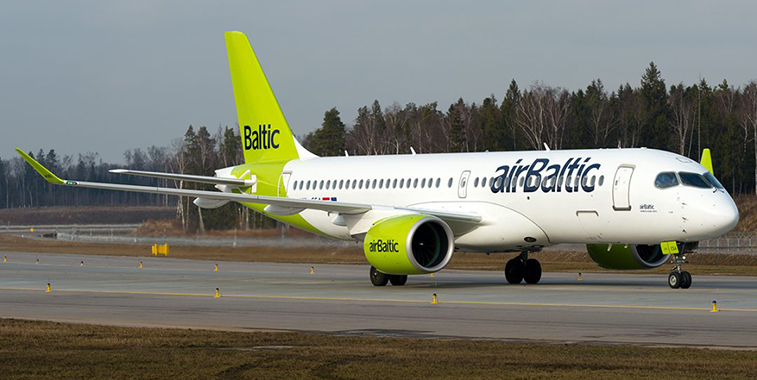 airBaltic has today said it will begin two additional routes from its Vilnius, Lithuania, base – its third-largest base by seats after Riga, Latvia, and Tallinn, Estonia.

The carrier previously operated both routes, but not for nearly a decade.

London Gatwick will begin on 15 June and Dublin on 16 June – just 10 and 11 days from announcement to service.

In addition to Gatwick and Dublin, airBaltic’s new Vilnius – Dubrovnik service, which was previously announced and due to start in May, will now begin on 6 July.

A ‘Baltics full house’ for Gatwick while Dublin the Irish capital

airBaltic has served Gatwick from Riga and Tallinn for many years.  Last year, it had 190,000 seats to/from Riga and 93,000 to/from Tallinn.

By serving Gatwick, Vilnius will be connected to five London airports: City, Gatwick, Luton, Southend, and Stansted.  Only Heathrow remains unserved, which will almost certainly not change.

This offset Wizz Air’s decline (-20%) from reducing Luton in favour of Southend.

Ryanair was the London – Vilnius market leader with a 45% share of seats. 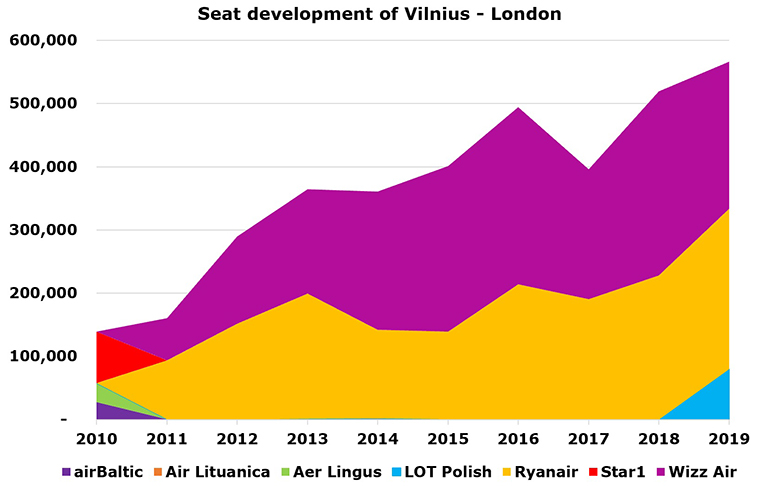 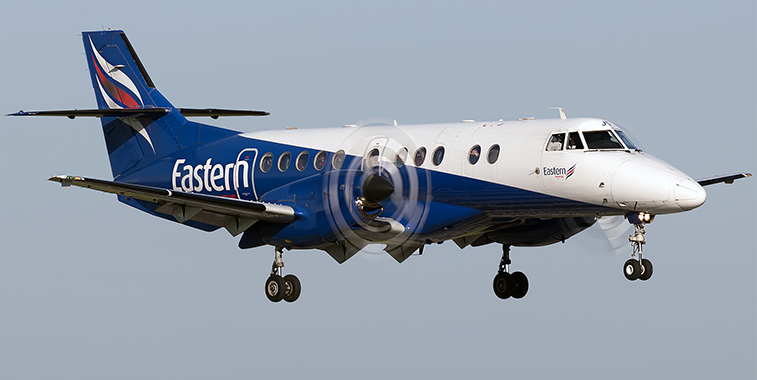 Eastern Airways has revealed a new, twice-weekly service between Teesside, in northeast England, and the English holiday hotspot of Newquay, Cornwall.  The 513-kilometre route will take off on 6 July and operate until 18 September.

The route will also benefit from Newcastle currently having no service to Newquay. Loganair announced Newcastle – Newquay for this summer, replacing flybe, but given coronavirus it is now expected to operate in S21.

Eastern Airways’ new Newquay route joins its other Teesside routes: Aberdeen, Alicante, Belfast City, Cardiff, Dublin, Isle of Man, Jersey, London City, and Southampton.  Most of these are new – with Eastern Airways – for this summer.

Both Newquay and Teesside have suffered from the end of flybe, at which the carrier had a 75% and 27% share of seats last year respectively.  However, both airports are fighting back. 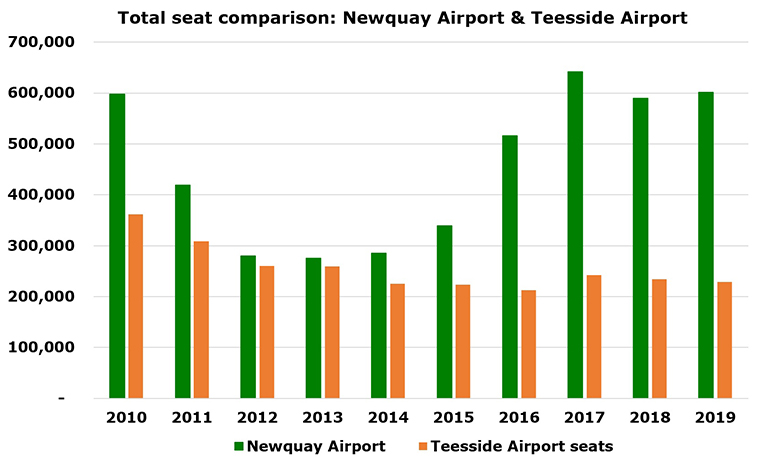 Speaking of the new route, Pete Downes, Managing Director, Cornwall Airport Newquay, commented, “We’re delighted that Eastern Airways will be launching services between Cornwall Airport Newquay and Teesside this summer. Given the long distance and journey time of existing transport modes, improving air connectivity between Cornwall and the North of England is vitally important in supporting the recovery of our visitor economy and wider business community.”

Downes’ comment about the long distance and long journey time to Cornwall is crucial.  It is this – and the county’s enduring popularity – that inevitably means a good number of domestic routes will return to Newquay.