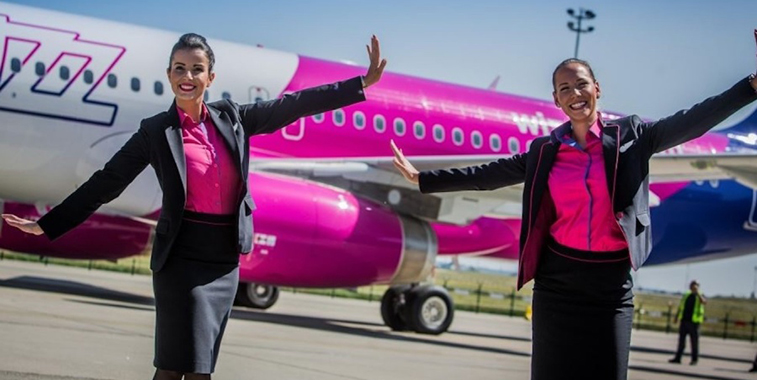 COVID-19 is not stopping Wizz Air from expanding, as the carrier announces 12 new routes and a return to another airport-pair, all from mid-July.

This follows 80-plus new routes announced in the past few weeks and four new bases.  55 new routes were disclosed very recently. It is one of the very few airlines currently announcing new routes.

Demonstrating the importance of serving airports from multiple places (if viable) for stronger negotiation and other economies, Menorca and Santorini will – very soon after joining the carrier’s network – also see service from Budapest and Vienna.

Sofia – Frankfurt Hahn is a resumption.  This airport-pair operated for many years, before Wizz Air moved it – and a small selection of others – to Frankfurt International.

Wizz Air ceased serving Frankfurt International this year, having only started there in January 2019.

Wizz Air will begin Krakow – Stockholm Skavsta in direct competition with Ryanair and indirectly with Norwegian.

Including this route, Wizz Air now has 27 routes from Krakow. Norway stands out: the airline now serves Bergen, Haugesund, Oslo, Stavanger, Tromso, and Trondheim from the Polish city.

Wizz Air began Krakow in 2019.  It is a separate market to nearby Katowice, which has always been big for Wizz Air.

Krakow is unusual in Poland in being a strong inbound market too.

Krakow is now Wizz Air’s 13th largest airport by seats – in one year.

With Basel, Hamburg, and Nice to start, Chisinau, Moldova, now has 21 routes by Wizz Air.

It is the airline’s 20th largest airport by seats.

Eindhoven (for Amsterdam, which is unserved), Prague, Budapest, Vilnius, Oslo, Riga, Timisoara, and Sofia may be future contenders from Chisinau.

All airports are served by Wizz Air, and all have indirect passenger levels similar or more than other new routes by the airline, according to OAG Traffic Analyser.