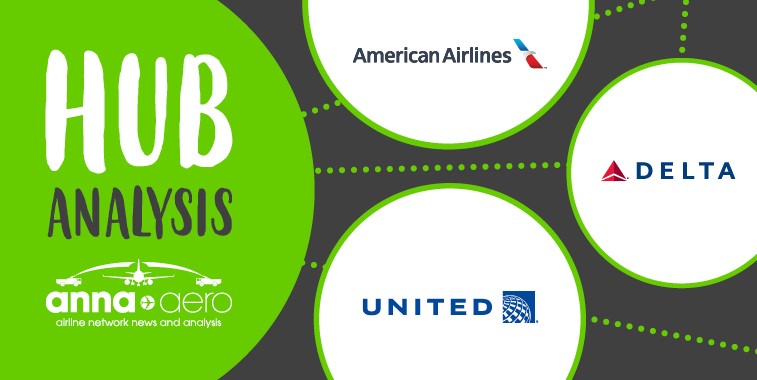 680 million.  That’s how many non-stop seats were collectively offered last year by American, Delta, and United to/from each carrier’s top-six airports.  (Six was chosen to ensure the likes of Washington IAD – an important United connection-focused hub – was included.)

Across these three airlines and 18 airports…

Of all 18 airports looked at below, American and United each had two airports within the top-five against one for Delta.

Of course, Atlanta overshadows the others, with almost exactly three times as many seats for Delta as the median volume.

Stripping out each carrier’s largest airport, United’s remaining top-five airports had an average 38 million seats against 35 million for American and ‘just’ 25 million for Delta. 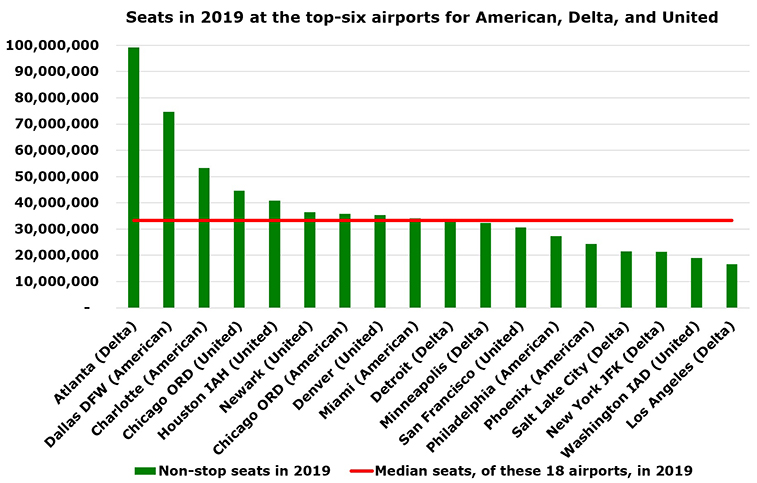 In this period, Delta added 19% more seats at Atlanta, and American increased Dallas DFW and Charlotte seats by 23% each.

However, United grew its Chicago ORD seats by ‘only’ 11%, while Houston IAH – number-five – declined by 4%, by far the worst performance of significant hubs.

Delta had almost 16 million more seats at Atlanta in 2019 than in 2010, the following figure shows, cementing the importance of this airport for the carrier.

Delta had about 83 fewer daily movements at its Georgia in this period.  As such, its seat growth was partly the result of seats per movement increasing from 117 to 145 – by far the highest of the US3’s top-five hubs.

Indeed, the carrier’s percentage of regional jets/props at Atlanta fell from 23% in 2010 to just 9% last year – fueling the increase in the number of seats per movement. 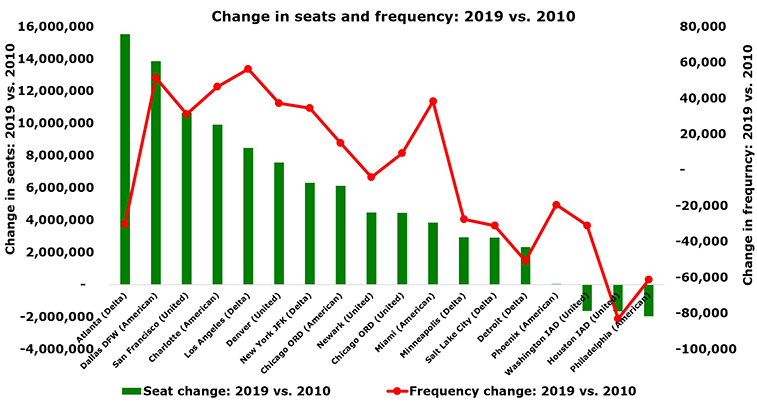 Dallas DFW and Charlotte are key hubs for American’s profitability

From the strong growth of Dallas DFW and Charlotte, it is obvious that they are among American’s most profitable hubs, with data from the carrier confirming this.  (Washington DCA is key too, but it does not feature within the carrier’s top-six largest airports.) 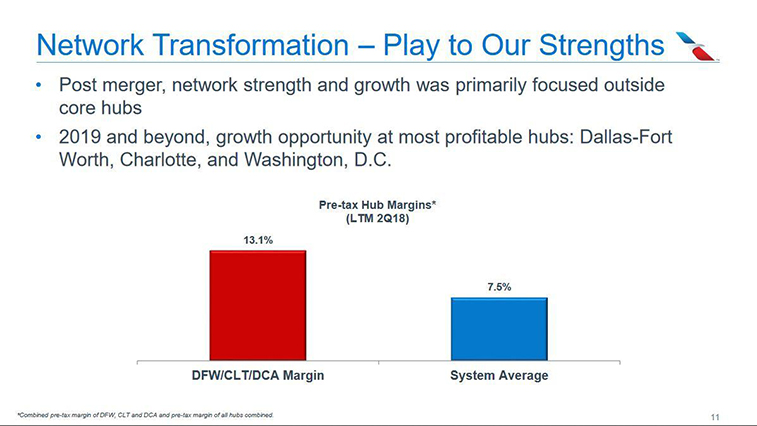 Connectivity is key.  American’s Robert Isom said: “Every time we add another point, every time we add frequencies – in our strongest hubs – it is something that we think we can build at hub averages, and has the ability to impact airline profitability overall.”

It is partly this that helps to explain the carrier’s strong growth in frequencies.

It is no surprise that American has focused more on Dallas and Charlotte than its other airports. 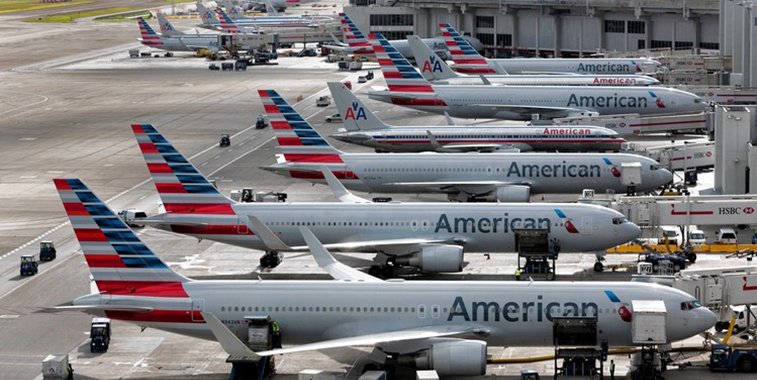 By contrast, Philadelphia is down by almost two million seats against 2010, the biggest fall in seats of all 18 airports.

This partly the result of American having the equivalent of 168 fewer movements per day last year than in 2010.

However, the carrier has shown its commitment to Philadelphia with a raft of new routes in recent times, including Berlin TXL, Budapest, and Dubrovnik, and, for this year, Hilton Head, Marthya’s Vineyard, Nantucket, and Traverse City.

The launch of Casablanca and Keflavik has been pushed back to next year.

As Vasu Raja, American’s VP of network and schedule planning, said last year: “We can connect 95% of the United States over Philadelphia, and [at] none of our competitors’ operations in New York or the northeast can they do anything really remotely close to that.”

This is despite the size of the cities and the geographic positioning of them – and, for Houston IAH in particular, United’s strong dominance.

Over the years, United has focused on developing these hubs.  After all, Scott Kirby once said that “the higher the connectivity, the more profitable the hub.”

Denver is a standout performer…

Denver has grown strongly, with last year seeing eight million more United seats than in 2010 – a good result given Denver declined between 2011 and 2013.

Since 2014, United increased Denver by over 10 million seats, a period in which its network from this hub increased from 148 destinations to 180.

Not surprisingly, Denver has become an important hub for profitability.

Washington IAD has often been very questionable overall as a hub, with seats down 8% in 2019 versus 2010.  However, United’s growth there in the past few years has been relatively strong.

Seats per movement at United’s Washington hub remains the lowest of its top-six airports, at 107, the result of 34% of its total seats being by regional jets.

United is now beginning to use Washington IAD more as a connecting hub versus Newark’s growing point-to-point focus.