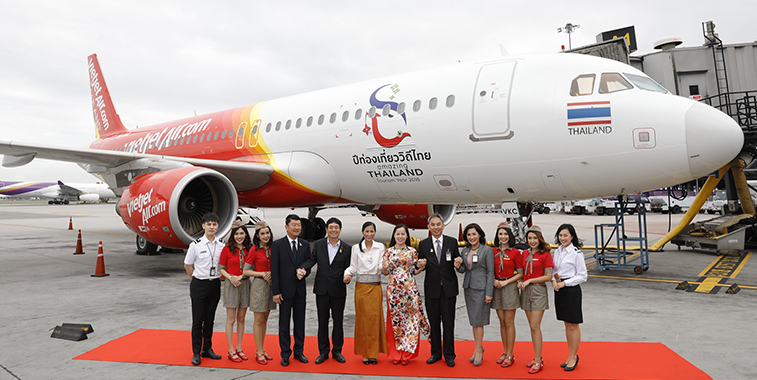 The 747-kilometre sector to Hat Yai will start first, on 17 July, almost dead-on one month between announcement and commencement.

All five routes will have strong competition, especially indirectly from Bangkok Don Mueang.

With 112 weekly frequencies by other airlines, equating to 16 daily, Thai VietJet will see the most competition to Hat Yai.

Ubon Ratchathani will have the least, with ‘only’ 70 weekly frequencies, or 10 daily.

But on an airport-pair basis to/from Suvarnabhumi, Thai VietJet can appeal to the most price-conscious passengers against Thai Airways’ lower-cost subsidiary, Thai Smile.

Last year, Thai VietJet had almost three million seats to, from, and within Thailand, of which 81% were domestic.

Yet, it only had a 5.1% share of total domestic seats.

Last year, Thailand had over 47 million domestic seats, of which almost 34 million were by LCCs.  This pushed Thailand’s LCC share of domestic seats to 71%, one of the highest of all countries worldwide. 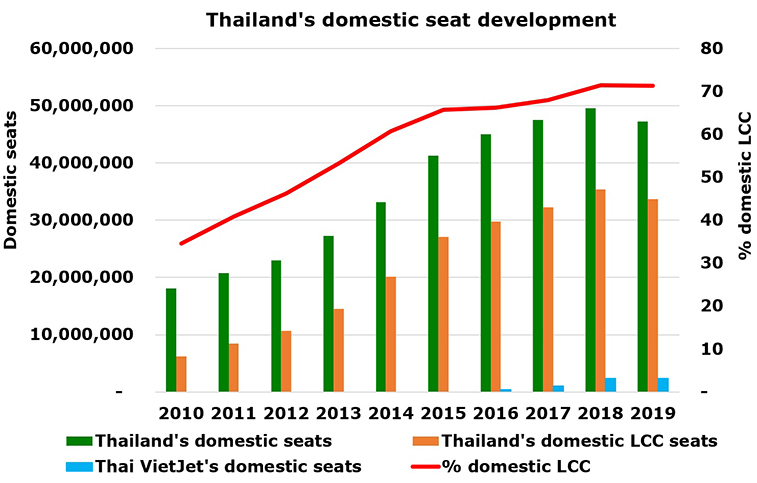