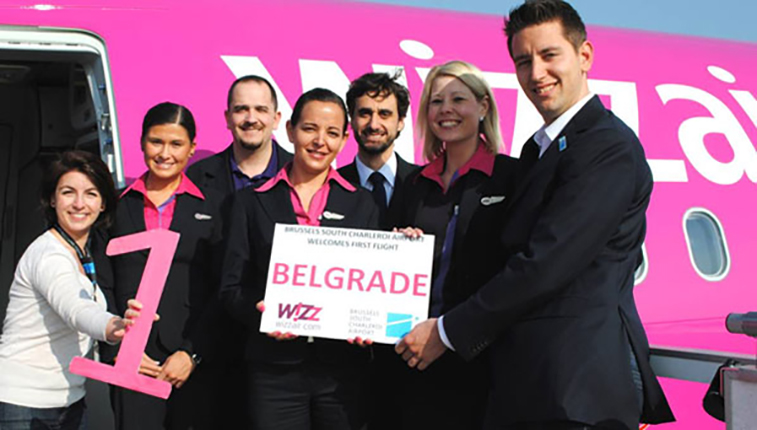 Bacau becomes a new base for Wizz Air – the carrier’s 31st – for winter 2019 with two based A320s.  The airport becomes Wizz Air’s seventh base in Romania, and one of 11 airports it will serve in the country.

In addition, Wizz Air will base a third aircraft at Belgrade, with flights starting from exactly one month today: 16 July. Belgrade is to be an all A321 base from August.

Bacau is one of the very few airports left in Romania that Wizz Air did not serve, so its expansion there was effectively inevitable.

The intention of Wizz Air is clear: on the five routes from Bacau that it will compete directly or indirectly with Blue Air, Wizz Air will have higher frequencies. This is rarely the case.

Liverpool is interesting.  This was served by Blue Air between 2015 and this year, but no more.  Wizz Air is therefore replacing Blue Air from Bacau to Northwest England in this readymade market.

Lisbon and Cologne – both unserved – last year had over 15,000 and 14,000 indirect passengers respectively, good initial traffic volume – and more than most new Wizz Air routes – before demand stimulation.

Meanwhile, Brussels (city-pair) and Barcelona both had over 40% of passengers connect en route last year, amounting to around 18,000 each.