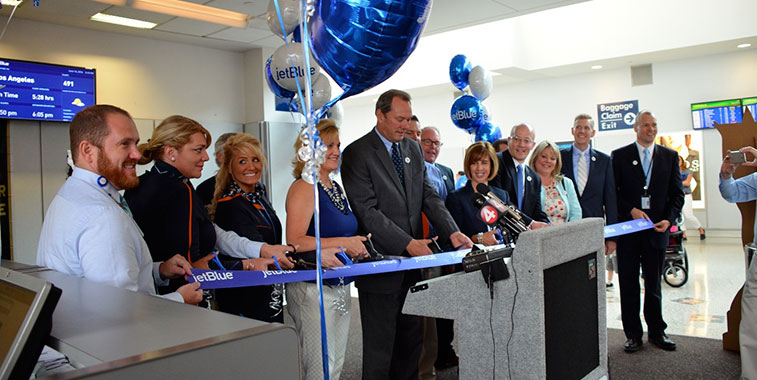 JetBlue is to start 30 new routes, with most from this August and October.

All but two routes will have direct competition in the week JetBlue begins, while 18 will have at least two competitors. There will be quite a lot of direct competition, even though frequencies are currently depressed given coronavirus, sometimes dramatically so.

Florida features 18 times in these 30, including big expansion from Philadelphia, long sectors to Portland (OR), San Francisco, and Seattle, and various new routes to the likes of Cleveland, Pittsburgh, and Providence.

Newark had ‘just’ 5% of JetBlue’s total seats last year, with 10 routes to Boston, Florida, and the Caribbean.

Newark ranked sixth in the airline’s network by seat capacity, behind San Juan but ahead of West Palm Beach. 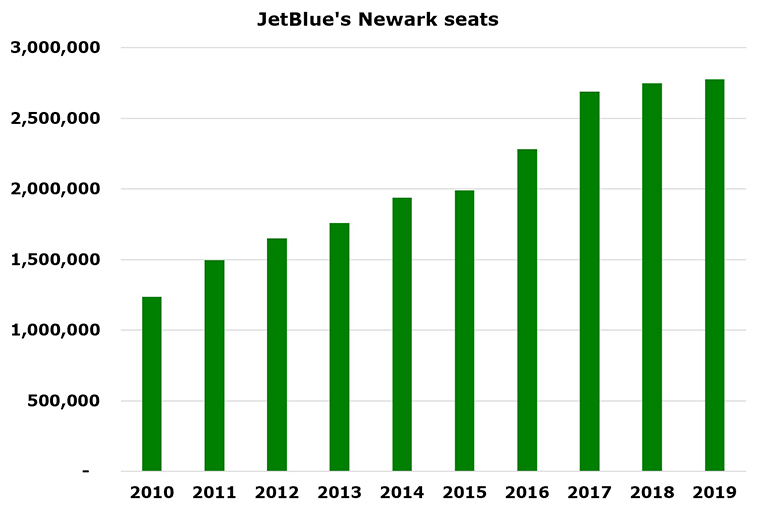 JetBlue began Philadelphia in 2013 with a 35-weekly service to Boston.  This remained the case until 2015, when Fort Lauderdale was added.

Philadelphia has been a two-route airport for JetBlue for years, yet seats have grown strongly – albeit from a small base – ending last year with almost 650,000.

The addition of five new routes – all to Florida and Puerto Rico – is key.  It follows Frontier increasing Philadelphia – Orlando to six-daily and Tampa to three-daily from this coming December.

Stephanie Wear, Philadelphia’s Director of Air Service Development and Cargo Services, told anna.aero: “I’m thrilled that not only is JetBlue coming back in July [following a temporary suspension given coronavirus], they adding five new destinations for our passengers in August.

“The public is becoming more comfortable with flying again and we are seeing our passenger counts rise every week. The destinations JetBlue offers from Philadelphia are very popular with our leisure and VFR travellers. JetBlue’s return gives the public even more reasons to make PHL their airport of choice.”

Florida accounted for 45% of JetBlue’s total seats last year.  The state has been – and will always be – crucial to the carrier.

While such seats amounted to 4.8 million in 2010, they grew to 13.3 million last year – a very respectable CAGR of 10.7%.  The addition of so many non-New York/Boston routes to Florida in this announcement demonstrates the growing importance of this market to JetBlue. 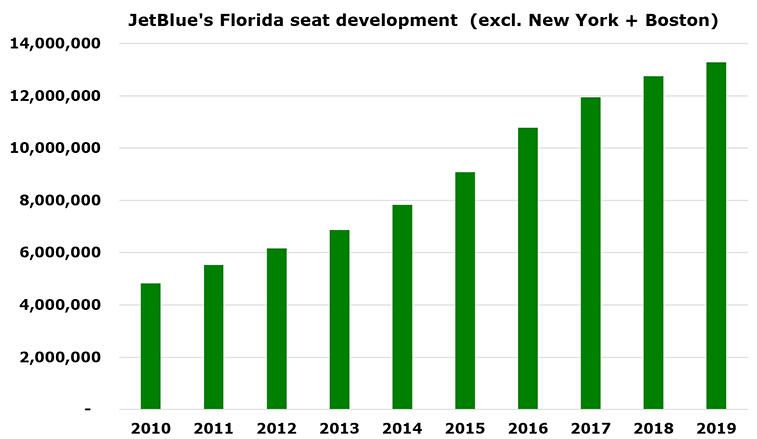