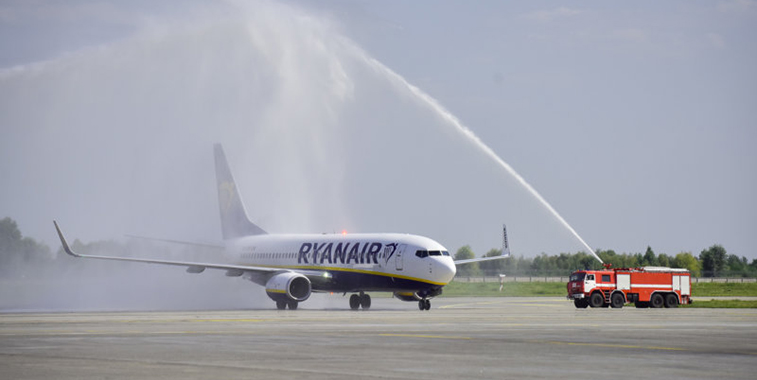 Ryanair has revealed 15 new routes, all from this summer – and almost all starting in less than a month.

Ukraine features heavily, with 11 new services to Italy.  This is due to large Ukrainian diaspora in Italy.  It also reflects changes in the competitive landscape between Ukraine and Italy.

All 15 routes are summer-seasonal – at least for now.

A fast-growing country-pair as Ryanair takes aim at SkyUp 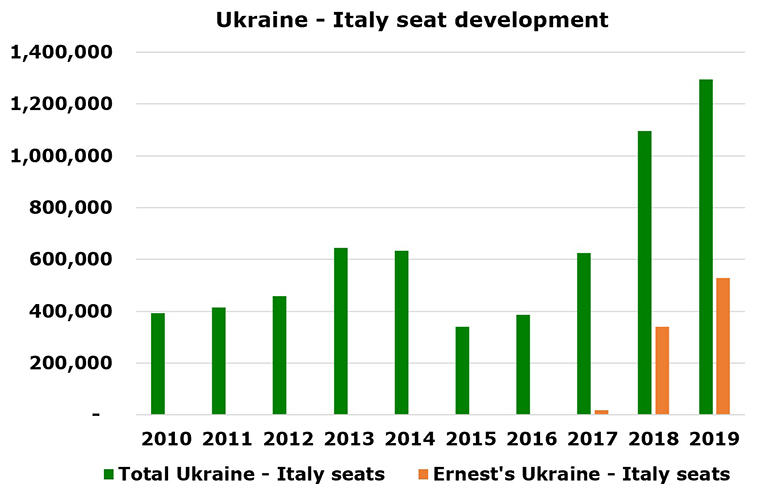 Interestingly, this country-pair has often appealed to niche operators, with some airlines effectively set up to serve it.

Ernest, which ended in early 2020, was one such airline.  It ended last year with a 41% share of seats in this country-pair.

Fast-forward to now, and seven of Ryanair’s 11 Ukraine – Italy routes were previously operated by Ernest, even if not involving the same airport, such as Kharkiv to Milan Malpensa rather than Ryanair’s Bergamo.

Surprisingly, Wizz Air – a big Ukraine operator – has no routes from the country to Italy, so the gap’ that Ryanair identified.  Five of Ryanair’s 11 new routes will have no competition.

Meanwhile, six of Ryanair’s new Ukraine routes will primarily compete with SkyUp.  Unusually for Ryanair, the Irish carrier will have slightly more weekly frequencies than its new adversary.

With 13,000 passengers from Kiev to Florence/Pisa (combined) and no non-stop service, Pisa seems a good future route.

New Dusseldorf – Stansted fills vacuum that previously had up to 600,000 seats

Düsseldorf and Weeze to Stansted has had a tough history.

Seats have been significant in the past, with almost 600,000 in 2010.  That year, airberlin had up to 18 flights a week from Düsseldorf to Stansted, while Ryanair had up to 19 weekly services from Weeze.

Now, Ryanair’s Lauda AOC will serve Stansted from 1 August, albeit on a four-weekly basis. 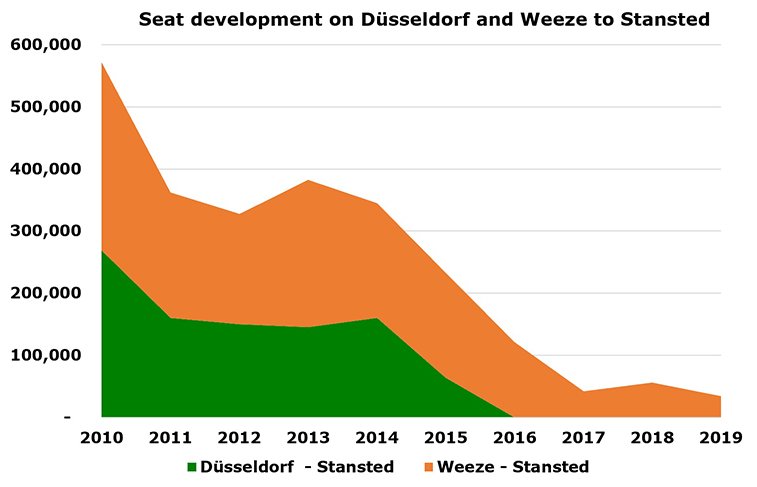