Wizz Air to add 23 new routes across two new bases, including its first in Russia 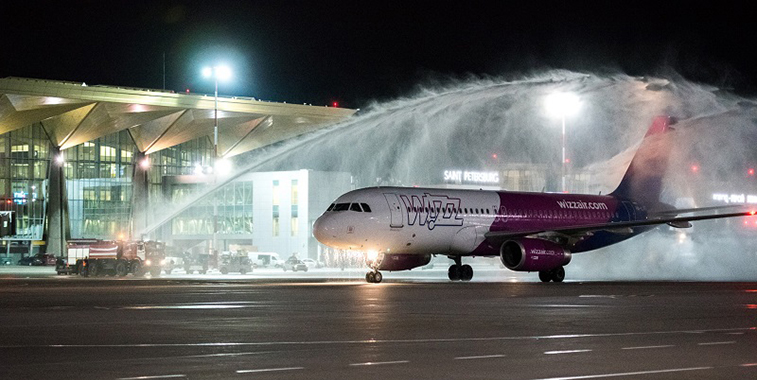 Not content with the 88 new routes reported on by anna.aero since 1 June, Wizz Air has confirmed another 23 new routes.

These 23 routes, almost all brand-new, involve two new bases: Dortmund – a long-standing important airport for Wizz Air – and St Petersburg, its first base in Russia.

Wizz Air will base three aircraft at Dortmund and one at St Petersburg.  These two new bases will join five others announced in recent weeks: Bacau; Larnaca; Lviv; Milan Malpensa; and Tirana.

Wizz Air’s determination in ‘growing’ amid the coronavirus crisis is primarily from aircraft being reduced in number at other bases.  They must, after all, go somewhere.

Dortmund to have 48 Wizz Air routes

Wizz Air will begin 18 new routes from Dortmund, taking its total from the airport to 48.

Its new routes have a strong emphasis on both summer-sun and year-round sun destinations.  Like with other recent announcements, Greece plays an important role.

Summer slots are ordinarily very hard to come by across Greek islands, especially Santorini, so the recent spate of new Greek island services shows another consequence of coronavirus.

With Western European bases now at Luton, Milan Malpensa, and Dortmund, will Eindhoven – just outside of Wizz Air’s top-10 airports – become a base? 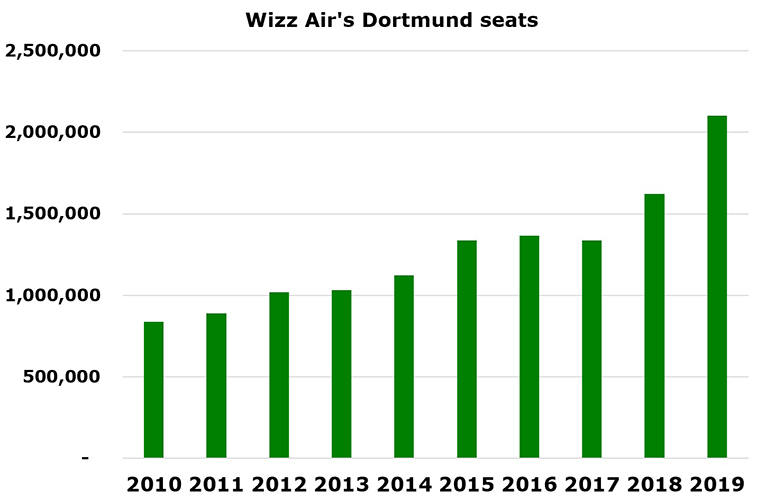 Looking to the future from St Petersburg, potential new Wizz Air routes include the following, with all airports already in the carrier’s network. 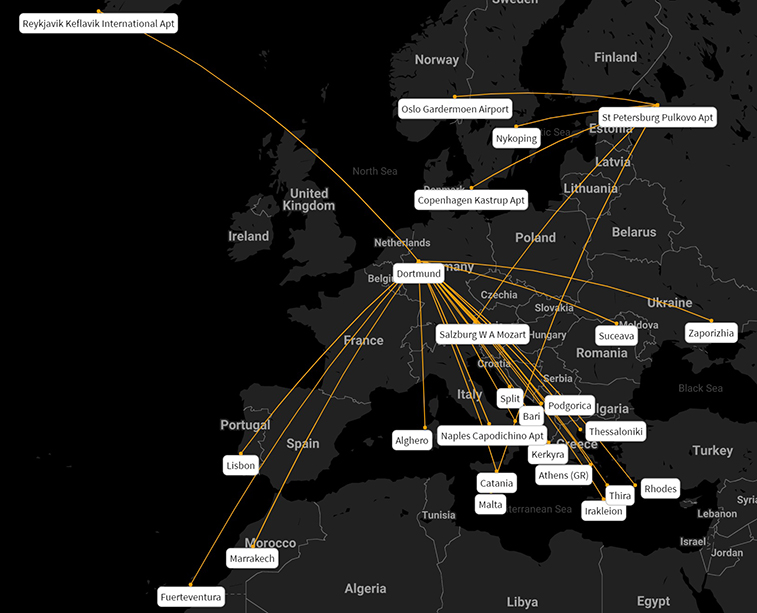