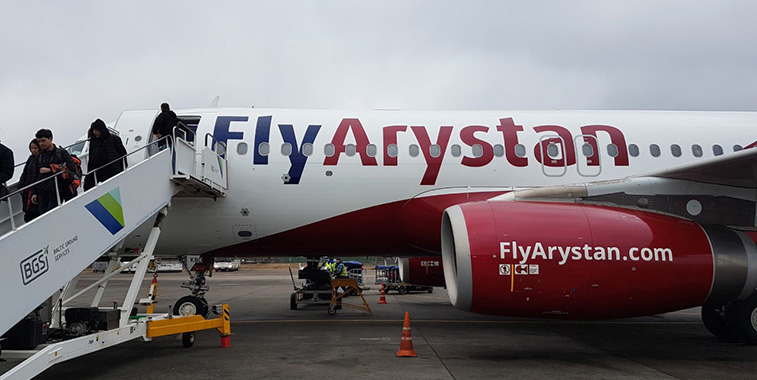 FlyArystan – Kazakstan’s first and so far only LCC – has announced 13 new routes.

Eight will be from Atyrau as a result of its new base there, in the far west of the vast country, while Shymkent will have four new routes and Karaganda three.

These new offerings, all domestic, follow four other routes disclosed earlier this month.  These included Atyrau – Shymkent, which will now be doubled to four-weekly as a result of FlyArystan’s new Atyrau base.

Eight of these new routes are not served, indicating the importance of creating new markets for FlyArystan.  This – and low fares to drive demand – appears to be one of FlyArystan’s core objectives within the Air Astana Group.

FlyArystan will offer a once-daily service between Atyrau and Aktau, with these two cities located just 367 kilometres apart – but a very long time by overland transport.

But at least Atyrau – Aktau is short…

Most of the unserved routes haven’t been operated for at least 10 years, but exceptions exist.