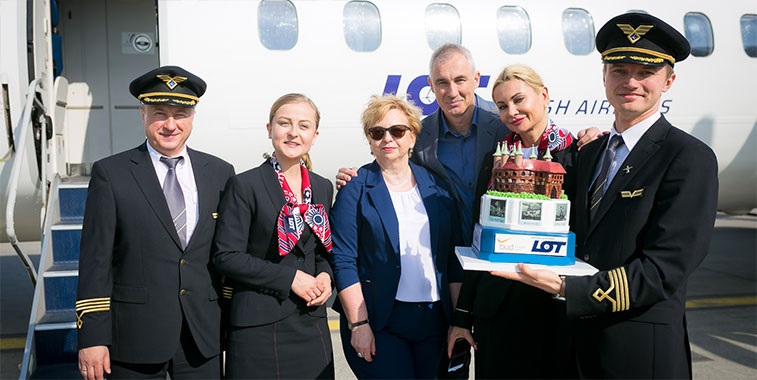 LOT Polish has added 85 new summer-only services in the past few days, all starting before 9 July. Most flights are currently priced at between EUR€18 and €27 one-way.

Bulgaria, Croatia, Greece, and Spain feature regularly, with 11 Greek destinations to be served.

In addition to classic European sun-and-sea destinations, Barcelona and Rome Fiumicino will both be served from five Polish airports, while Tirana will be linked with Gdansk, Athens with Warsaw, and Podgorica with Poznan.

In all, LOT’s 85 routes will offer 140 weekly frequencies, equivalent to around 20 daily services.

Almost all of LOT’s new routes will be operated by its Embraer 190s and 195s, although its 186-seat B737-800s will operate some routes from Warsaw.

LOT had 13.8 million seats last year, OAG Schedules data shows, 91% of which involved Warsaw.  With some exceptions, other Polish cities are typically only served only from the capital

Now, LOT will begin summer-seasonal services from Bydgoszcz, Gdańsk, Katowice, Kraków, Lublin, Poznań, Rzeszów, Szczecin, and Wroclaw, together with Warsaw.  Of major Polish cities, only Łódź misses out because of its closeness to Warsaw.

By far the lion’s share – 41% of weekly frequencies – will be from Warsaw, followed by Wroclaw with 11%.

A number of LOT’s new routes will be brand-new, while a handful were served five-to-ten years ago. Some will have direct competition, overwhelmingly from charter operators Buzz (Ryanair’s primarily charter AOC), Enter Air, and Smartwings Poland.

It is unclear why LOT has rushed out with so many new routes so late in the day, especially given the current crisis and the carrier’s on-going financial troubles.  Its financial position would have been weak even without coronavirus, with losses because of its MAX and B787 problems, EU261 compensation, strikes, and forex.

It is increasingly looking like LOT will start afresh with a new AOC – ridding itself of a reported nearly €1 billion in debt and obligations.

The most obvious explanation is to generate cash, especially if its summer-seasonal offerings are partly in collaboration with tour operators.  This may enable quicker cash generation than LOT’s existing, and more hub-focused operation over Warsaw, which will take more time to recover.  Not needing to worry about the 80% rule at Warsaw this season feeds into this.

Alternatively, there are rumours that its 85 new routes are intended to send a signal to lessors and unions that LOT is stronger than they are. 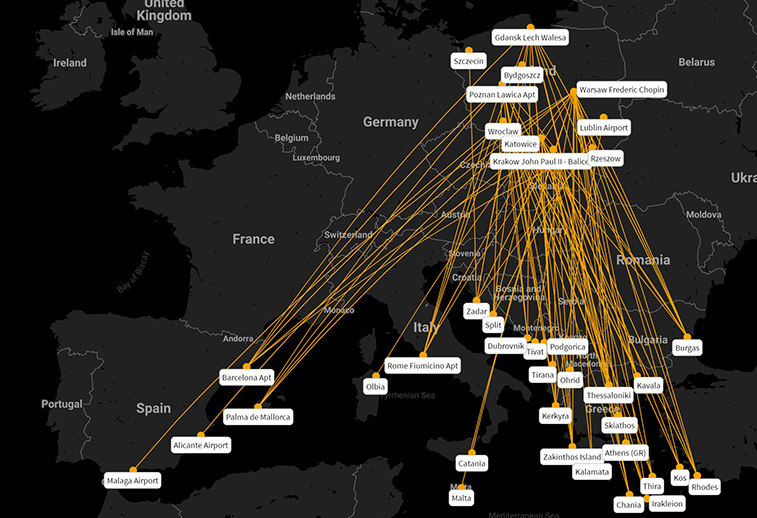