Budapest Airport has celebrated the significant launch of Wizz Air’s inaugural flight to Abu Dhabi. Welcoming the Hungarian gateway’s first non-stop route to the capital city of the United Arab Emirates, the twice-weekly service cements Budapest’s point-to-point market in the Middle East which has witnessed a strong 15% annual growth since 2015. Facing no direct competition Wizz Air expands Budapest’s links to the UAE as it joins Emirates’ established link to Dubai. The ultra-low-cost airline’s (ULCC) flights to Abu Dhabi see the addition of a dedicated low-priced service to the Budapest-Middle East market as the new connection adds another entry point for Dubai and other destinations within the UAE. Recording 134,000 passengers travelling between Hungary and the UAE last year, the market dynamics and Hungarian travel trends have proven there is significant demand to support Wizz Air’s commitment to operate its first link to Abu Dhabi. Initially launching a Wednesday and Sunday schedule, the ULCC has already confirmed a daily connection from 25 October 2020.

“We’re delighted to give our passengers even more access to the Middle East, as well as open opportunity for those who wish to experience our renowned city, stimulating growth and providing new prospects for Hungarian trade and tourism,” explains Balázs Bogáts, Head of Airline Development, Budapest Airport. “We are confident now is the right time to celebrate Wizz Air’s new route, giving a much-needed boost to the belief of the tourist industry in both cities.”

Wizz Air’s growth has been robust at Budapest, offering nearly six million seats last year resulted in a 400% increase since 2010. Becoming the sixth carrier to gain national airline status in Abu Dhabi, the ULCC’s latest launch from Budapest will be its second longest route on its overall network. 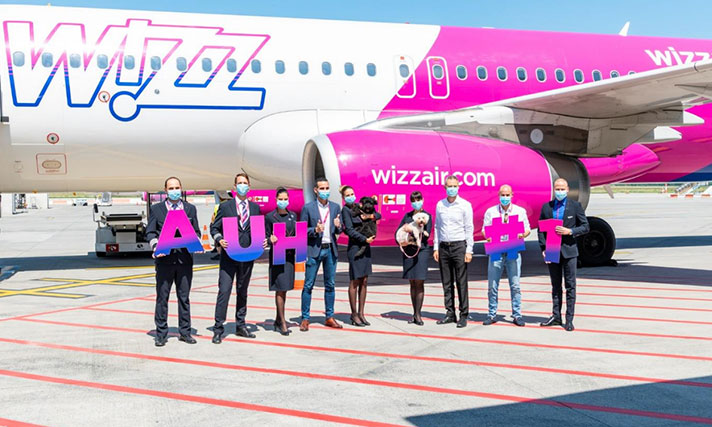