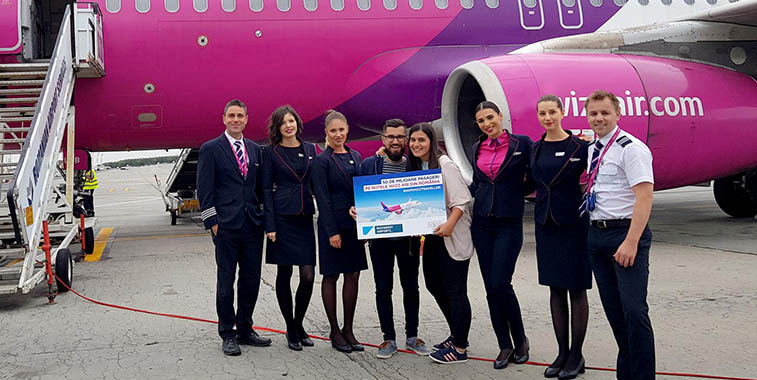 Wizz Air has revealed another 26 new routes and one resumption (Bucharest – Memmingen), with all but three to start this summer.

Eight routes will be from Bucharest, eight from Varna, and three from Odesa – the latter only joining Wizz Air’s network last year.

These 27 involve three brand-new airports for the carrier: Cagliari, Mykonos, and Pardubice.

No doubt reflecting the carrier’s deal at Salzburg, an airport announced only in the past month or so, the Austrian city will now have eight Wizz Air routes with the addition of Varna.

59% of these 27 routes will have direct/indirect competition

Where Wizz Air will compete with Romania’s Blue Air, it is noteworthy that the ULCC will typically have higher frequencies: further proof of how it is stepping up competition with the carrier, as Ryanair is with Ukraine’s Sky Up.

Almost 200 new routes this summer from aircraft being redistributed

Wizz’s very strong route growth recently – now pushing 200 new routes for this summer – and launching multiple new bases is the result of cutting aircraft from existing bases and redistributing them.

But it is growth in a network breadth sense.

This existing passenger volume is higher than many of Wizz Air’s new routes – with the market then very strongly stimulated.

Bucharest will have new routes to both Santorini and Mykonos from August.  Both Greek islands were the Romanian capital’s second- and third-largest unserved Greek markets last year. Bucharest – Heraklion, announced previously, had ~71% indirect passengers last year – and was clearly underserved.

With about 6,000 passengers, Rhodes is Bucharest’s number-one unserved market to Greece – and an obvious future addition for Wizz Air. 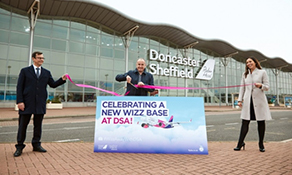