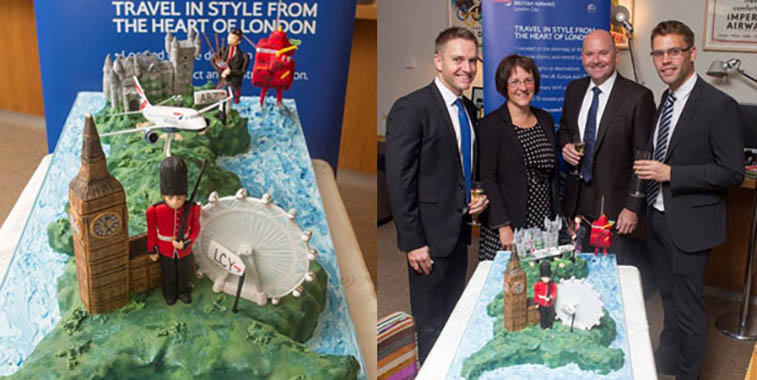 BA CityFlyer is to begin a six-weekly service between London City and Belfast City on 1 September, increasing to 18-weekly from 26 October.

Using 98-seat Embraer 190s, the 527-kilometre service will not initially be designed for London-bound passengers, with a 0700 departure to Belfast City.  This will change from 26 October, when an aircraft will overnight at the Northern Irish airport and arrive London City at 0820.

Up to 151 indirect weekly frequencies

In the week starting 1 September, 99 weekly frequencies will be offered from other London airports.  Come the week of 26 October, it will be up to 151.  This gap is almost completely from easyJet’s lower-than-normal frequencies.

A city-pair with three million seats; easyJet now has 54% 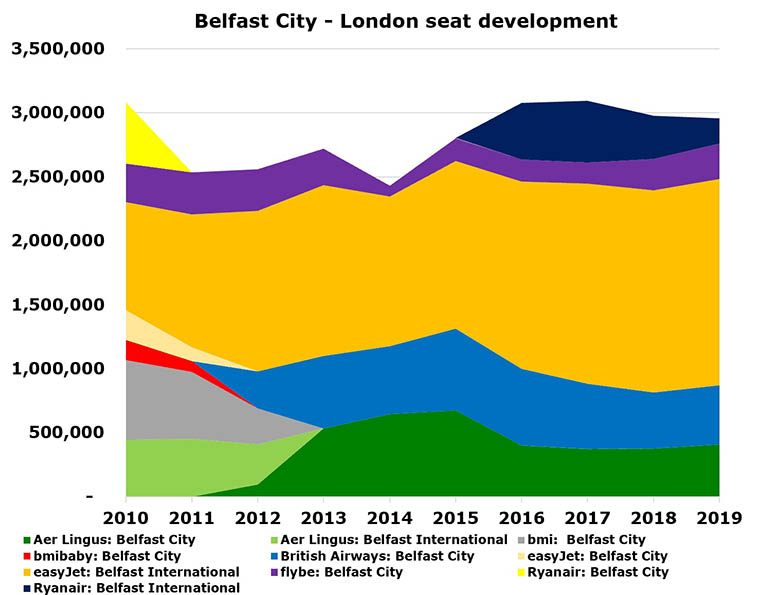 Belfast City had a 39% share of London seats last year

Belfast City – London had just over 1.1 million seats last year, meaning it had a 39% share of London seats.

Yet, Belfast City – London seats have fallen from a high of almost 1.8 million in 2010, a year in which bmi served Heathrow, bmibaby Stansted, easyJet Luton (as a short-term experiment), flybe Gatwick, and Ryanair Stansted.