Ryanair adds four new routes, all starting in the next month 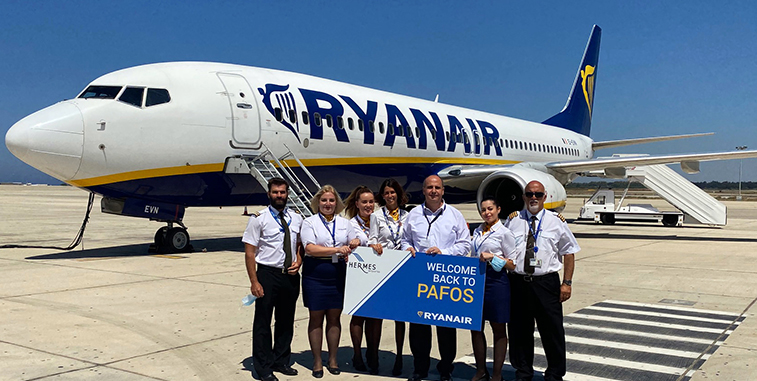 Ryanair has revealed four new routes, with three – Eindhoven, Gdansk, Prague – from its growing Cyprus base in Paphos.  Ryanair has 32 destinations from Paphos.

The reason for these is clear: Wizz Air recently announced these three from its new Larnaca base.

At 2,875 kilometres, Paphos – Eindhoven will be among Ryanair’s longest routes, occupying an aircraft for almost nine hours.  Return base fares are currently available from €39.98 – or €31.18 with Wizz Air.

On Prague – Kosice, Ryanair will compete directly with a four-weekly, ATR-72-operated service.