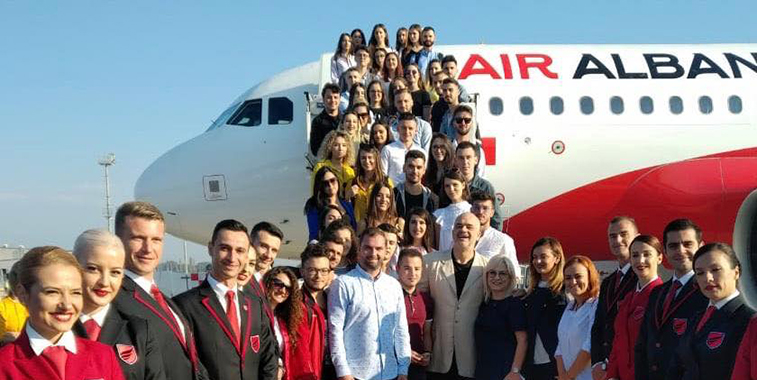 According to Air Albania’s website, the 1,882-kilometre service will operate once-weekly, although it appears that a second-weekly service may well exist – but just not yet available for sale.

Albawings has operated a summer-seasonal Tirana – Stansted service since 2018. It was due to operate between June and October this year, OAG Schedules data shows, but it is temporarily unavailable for booking according to its website.

Is this the gap that Air Albania is exploiting?

Just over 251,000 seats were available between Tirana and London last year, up 39% YOY as a result of growth by British Airways and Wizz Air.

After Belle Air’s end, British Airways was the sole operator for about four years, with Wizz Air starting in April 2018 and Albawings the following year.

Significantly, easyJet’s first flight from Gatwick to Tirana takes off later this month, on 29 July. 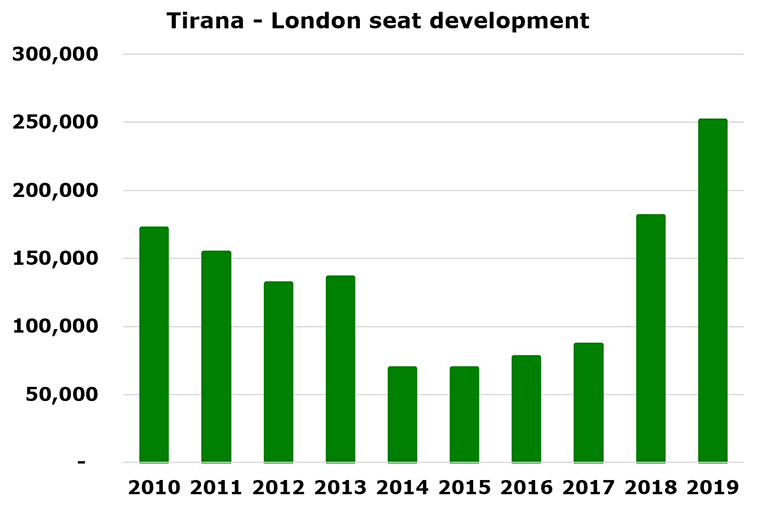 Strong SLFs, even for BA

Albawings’ Stansted achieved a very low SLF of 56%, although this was its first season. It was the result of 15,547 passengers and 27,540 seats.

Despite a range of non-stop airlines, an estimated 25,000 flew indirectly between the two cities last year, OAG Traffic Analyser indicates.