Eastern Airways takes off to London City from Teesside 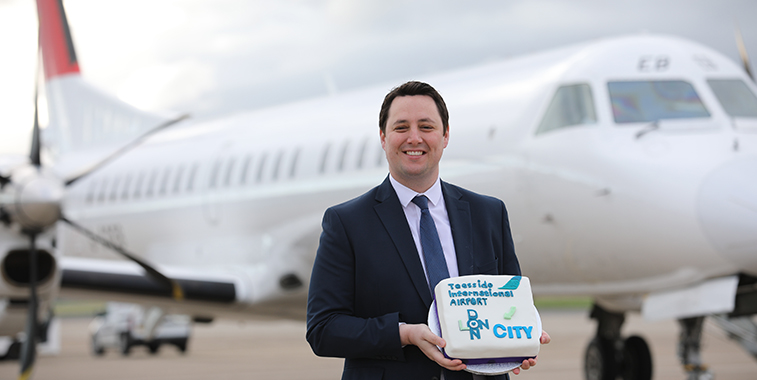 Tees Valley Mayor, Ben Houchen, said: “With the new London route, we’re reconnecting Teesside, Darlington, and Hartlepool with the capital for business after years of not having this most crucial of flights departing from our airport.”

Based on the week starting 13 July, Eastern Airways will serve London City eight-weekly: once-daily on Mondays and Fridays, and twice-daily Tuesdays, Wednesdays, and Thursdays.

London day trips will be available Tuesdays to Thursdays, arriving in the capital at 0840 and leaving at 1805.

It is the first time in more than a decade that Teesside has been connected by air to London.

Richard Hill, Chief Commercial Officer at London City Airport, said: “This route to Teesside is further evidence that London City is best positioned to connect the capital to UK regions. The team at Teesside have been brilliant partners and we look forward to working with them to promote this service as the best way to do business in London and quickest, and most cost-effective, way to discover the tourism gems of Yorkshire and the North-East.”