Wizz Air starts Abu Dhabi; the first of its big plans there

Wizz Air on 1 July began Abu Dhabi from the capitals of Hungary and Romania.  Perhaps surprisingly, the carrier has for sale both Abu Dhabi and Dubai Al Maktoum; the carrier began serving Al Maktoum back in 2013.

These will be joined by routes to Cluj-Napoca, Katowice, and Sofia in September.

All five routes are also served from Dubai Al Maktoum, with both Abu Dhabi and Al Maktoum available for booking.

This is the start of Wizz Air’s big plans for Abu Dhabi and the wider region.

While Wizz Air itself will, at least for now, operate routes from the UAE capital, Wizz Air Abu Dhabi was designated a national airline of the country late last month.

József Váradi, Wizz Air’s CEO, said recently: “If you look at what we’ve been able to achieve in the EU, we managed to grow our fleet to 100 aircraft over the last 15 years and we should be able to do the same thing in Abu Dhabi.”

Khalil Lamrabet, SVP of Aviation Development at Abu Dhabi, said: “The arrival of Wizz Air is a testament to the strength of the Abu Dhabi market and a reflection of the success of our investments in transforming Abu Dhabi International Airport into a strategically positioned global hub for airlines from across the world.” 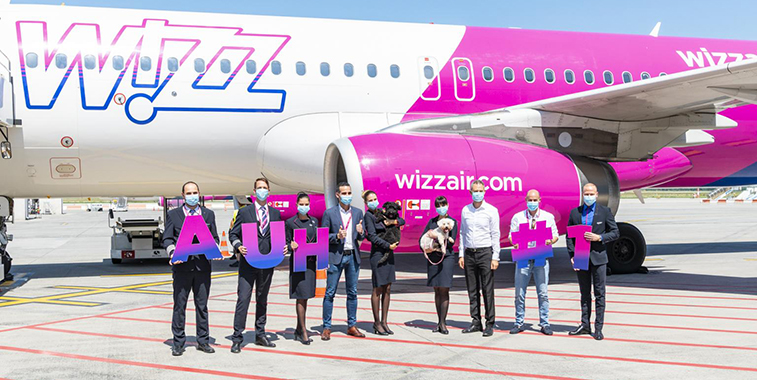